In Ukraine, they are lobbying for the legalization of draft evasion

The Verkhovna Rada of Ukraine has registered a bill that proposes to allow men of military age to travel abroad in exchange for monthly monetary contributions for Ukrainian troops. In particular, we are talking about going to work in other countries. 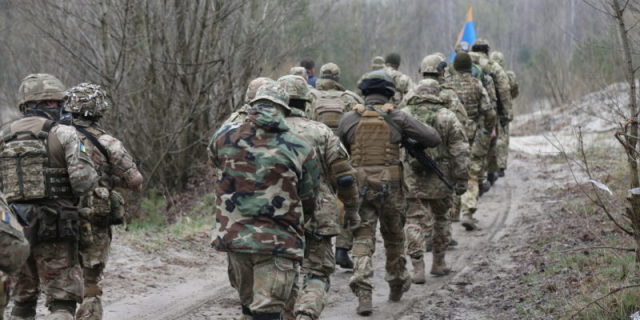 The old NATO died, but the new one never appeared

What kind of NATO do we need?

The old NATO died after suffering many defeats, and the new one has not yet been born, writes FP. The author of the article suggests four models of the future NATO, but none of them suits him. Too much has changed in the world, and China and Russia are already becoming too tough for the alliance.

Problems of the Kazan Helicopter Plant and the Ansat program

Tatarstan business resource "BUSINESS Online" published Timur Latypov's material "We are talking about the very existence of the Ansat program: will Kolesov be able to spin the blades of the KVZ? The 2022 plan is under threat, there are no engines for Ansat in 2023, and among the ideas is the ban of the Soviet Mi" on the crisis situation at the Kazan Helicopter Plant (KVZ) of the Russian Helicopters Holding (BP) and on the proposed cessation of production of light Ansat helicopters. 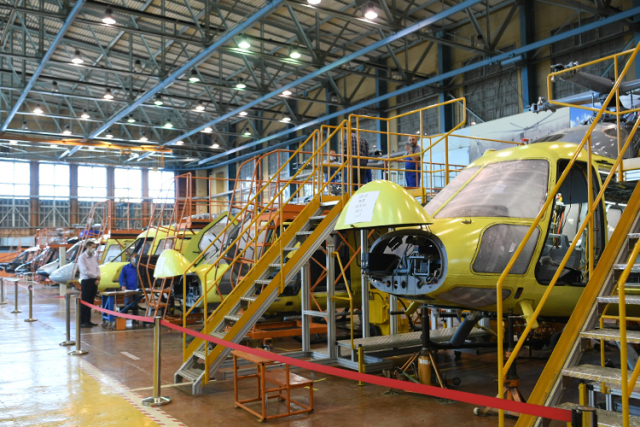 In Zaporozhye, they offered to provide the staff of the CAA with weapons for self-defense

As stated by the chairman of the movement "We are together with Russia" Vladimir Rogov, it is also necessary to provide a video surveillance system and facial recognition, in particular in crowded places

Employees of civil-military administrations (CAA) in the liberated territories should be armed in conditions when Kiev has switched to terrorist tactics. This was stated on Saturday by the chairman of the movement "We are together with Russia" Vladimir Rogov. 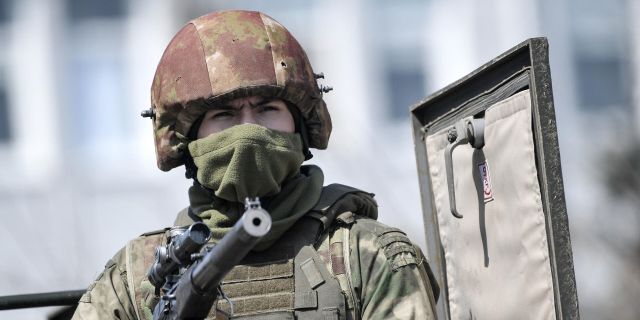 The US Army has issued another financial instruction in which soldiers are encouraged to apply for food stamps due to high inflation. As the army command noted in the presented manual, inflation affects the prices of gas, food, and apartment rentals. Therefore, it is becoming increasingly difficult for servicemen and their families to live. 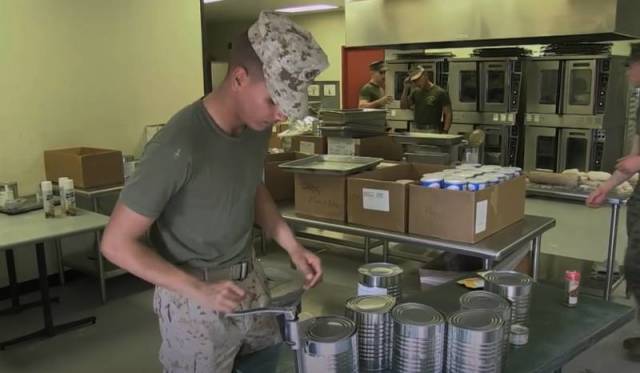 In Kirov, a division named after Shironin will be formed to participate in the SVO

TASS, September 16. The division named after Hero of the Soviet Union Pyotr Shironin will be formed in the Kirov region to participate in a special military operation, the press service of the head of the region reported on Friday. 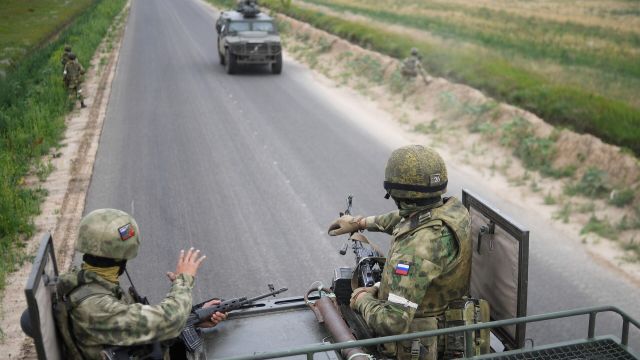 The representative of the press service of the Kuban Cossack army, Maria Borovik, told RIA Novosti about the preparation of the Cossacks for further participation in the special operation and the formation of additional detachments to participate in a special military operation in Ukraine. 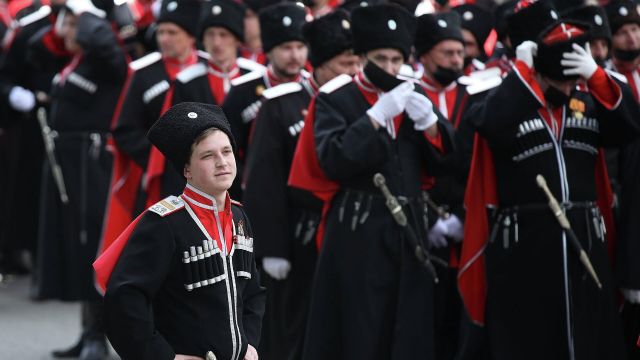 A regiment of volunteers will be formed in Crimea to participate in a special military operation in Ukraine, the first battalion called "Tavrida" has already gone to the front, said Mikhail Sheremet, a State Duma deputy from the Crimean region. 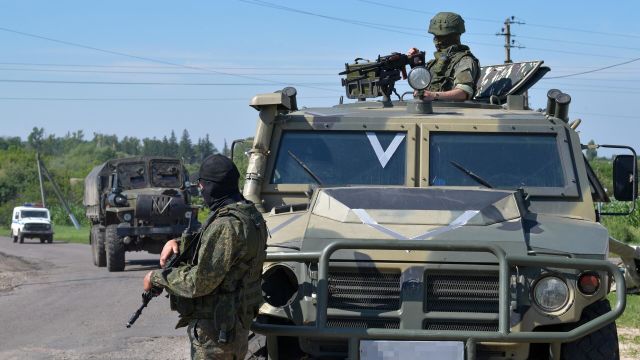 A new OMON unit "Akhmat-1" numbering two thousand fighters has been created in the Chechen Republic, Ramzan Kadyrov said, who published a corresponding entry in his TG channel the day before. 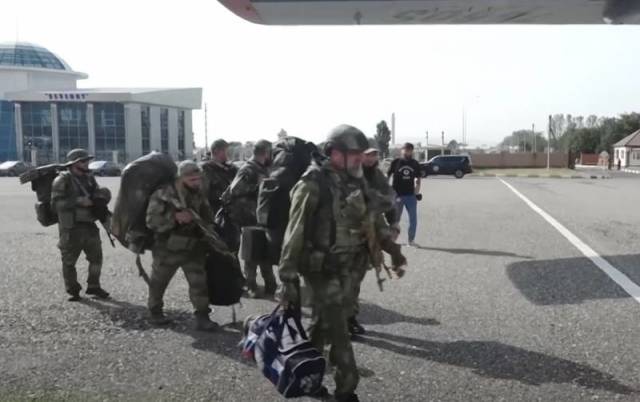 The composition of the Chinese ground forces is extremely diverse

After the 2017 reform, 13 army groups (in five territorial commands) remained in the Land Forces of the People's Liberation Army of China (PLA). Each of them has six combined arms and six specialized brigades. 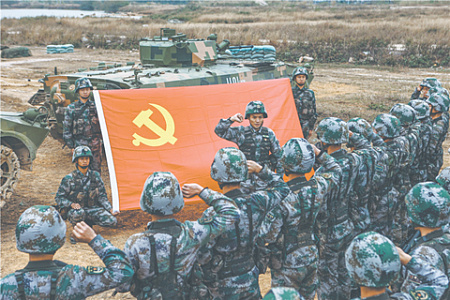 The head of the Wagner PMCs, Yevgeny Prigozhin, called on prisoners from one of the colonies of Mordovia to join the ranks of the company

Information has been confirmed that prisoners serving time in Russian colonies can sign a contract with the Wagner PMCs to participate in hostilities in Ukraine. Yevgeny Prigozhin arrived at one of the colonies in Mordovia and delivered a speech to the prisoners. 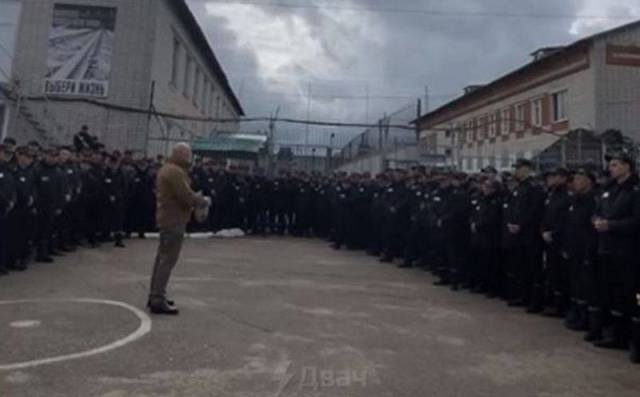 Even at the beginning of the special operation of the Russian Armed Forces in Ukraine, the Kiev regime suffered critical losses in combat aviation. It was possible to compensate for them only thanks to the transfer of equipment from the countries of the former socialist bloc and the return to service of long-decommissioned machines thanks to the work on their restoration deployed in Eastern Europe. 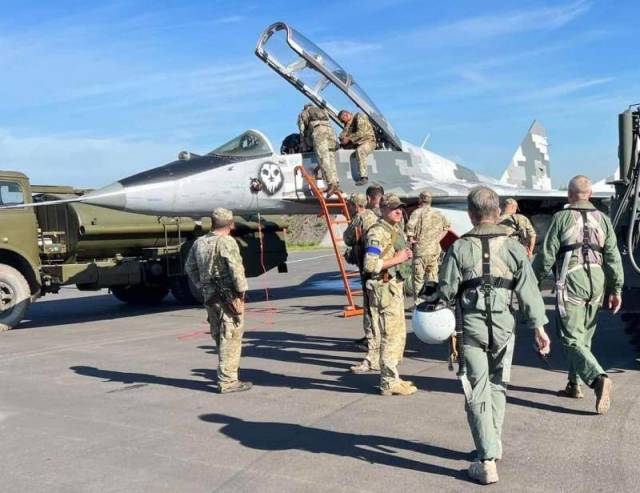 Currently, the US Navy is beginning to form a community of information warfare specialists. The training will take place under the Bachelor's degree program, which was resumed this year to increase the number of future officers. 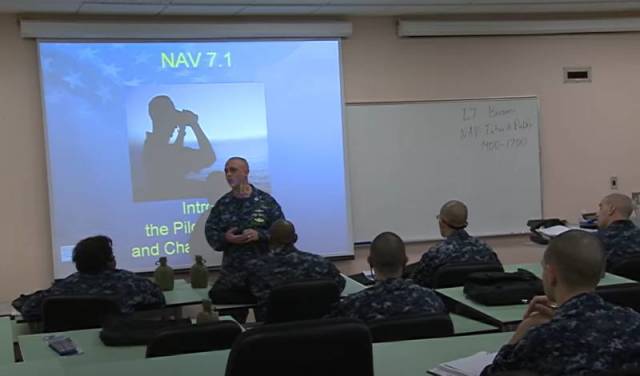 The decision to withdraw from the territory of Ukraine the American special forces engaged in the training of the Ukrainian military there significantly complicated the further training of the Armed Forces of Ukraine and reduced its effectiveness. 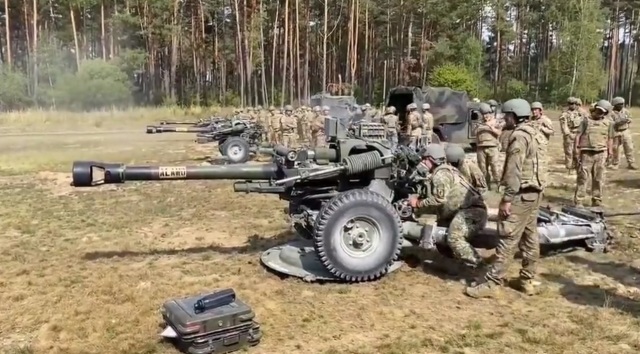 In the draft recommendations of the group, which is headed by the head of the Office of the President of Ukraine Andriy Ermak and former NATO Secretary General Anders Fogh Rasmussen, Ukraine is also recommended to have "Rapid Reaction Forces capable of effectively and powerfully responding to violations of territorial integrity." 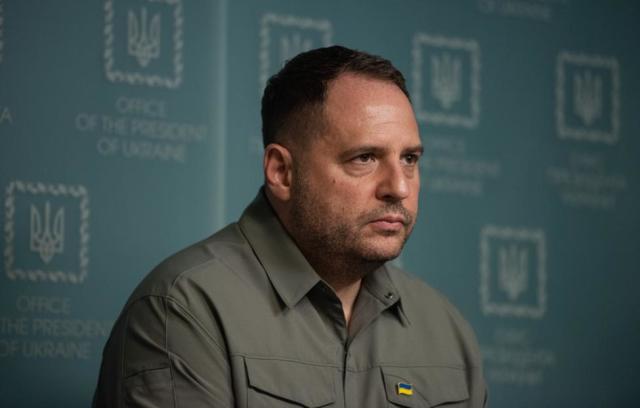 In the Moscow region, a high-ranking employee of an aircraft factory was detained, who transmitted secret information to Ukraine

In the Moscow region, FSB officers detained a high-ranking employee of one of Russia's aviation enterprises, he is suspected of transferring secret information about Russian aviation equipment to Ukraine. This is reported by the FSB DSP. 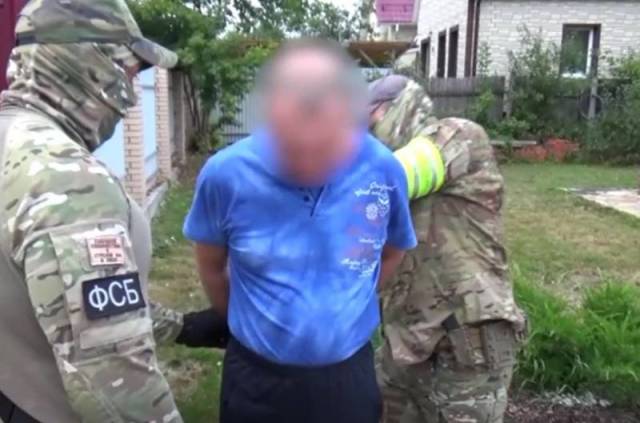 A bill has been submitted to the State Duma that will allow fathers of large families to enroll in the combat mobilization reserve, also known as the LEOPARD - the country's Combat Army Reserve. 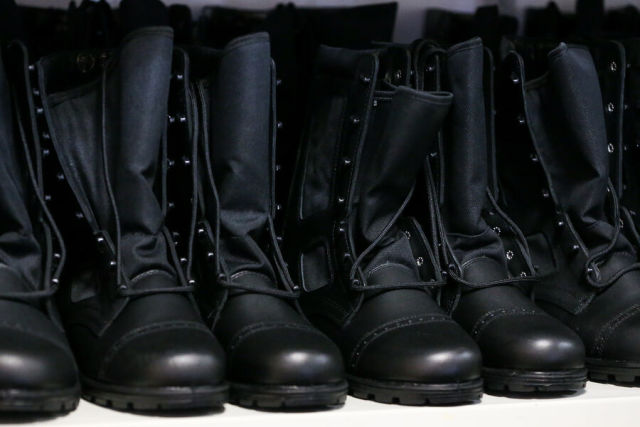 Finns are being massively dismissed from the military reserves. What does it have to do with its

Since the beginning of the Russian military operation in Ukraine, a record number of people have left the Finnish army reserves

Since the beginning of the year, a record number of reservists have left the Finnish army, according to Breitbat. People are moving from military reserves to alternative, civilian ones. It is noted that the Russian special operation in Ukraine played a role here. According to readers, this may be due to the country's imminent accession to NATO. 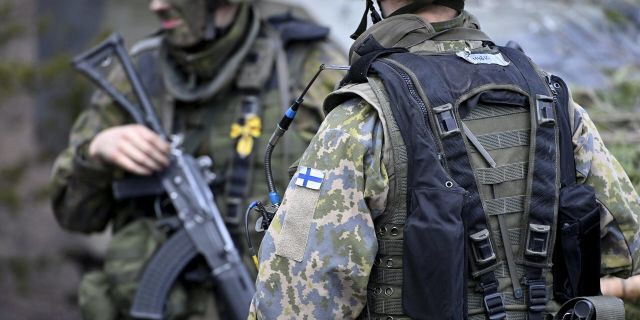 In the USA, the introduction of a new personnel management platform for half a billion dollars has been postponed indefinitely

The US Military Department has again decided to postpone the personnel platform of the army service. The integrated personnel and payment system for the army, also known as IPPS-A, was originally supposed to start operating in December 2021. But unsuccessful system tests forced the military leadership to postpone the launch of the platform for nine months. After the deadline was postponed, the platform was expected on September 20, but even now it will not be possible to launch it. 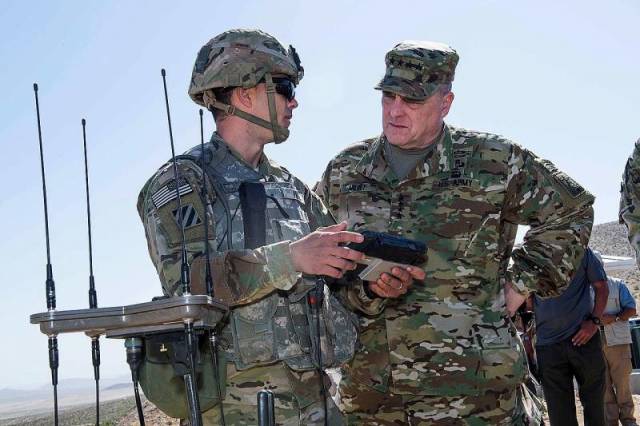 From October 1, Ukrainian citizens who have entered the military register will be prohibited from leaving the country. The same restrictions begin to apply to them as for conscripted men. This was stated by the lawyer of the Ministry of Defense of Ukraine Volodymyr Smelka. 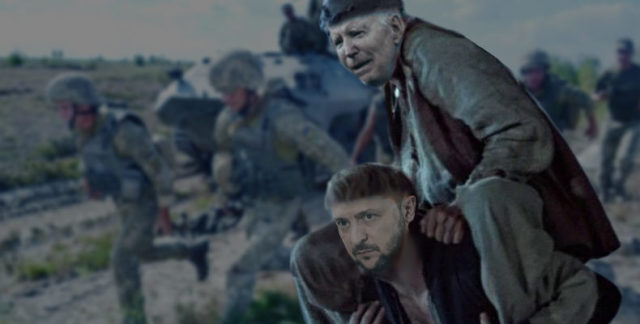