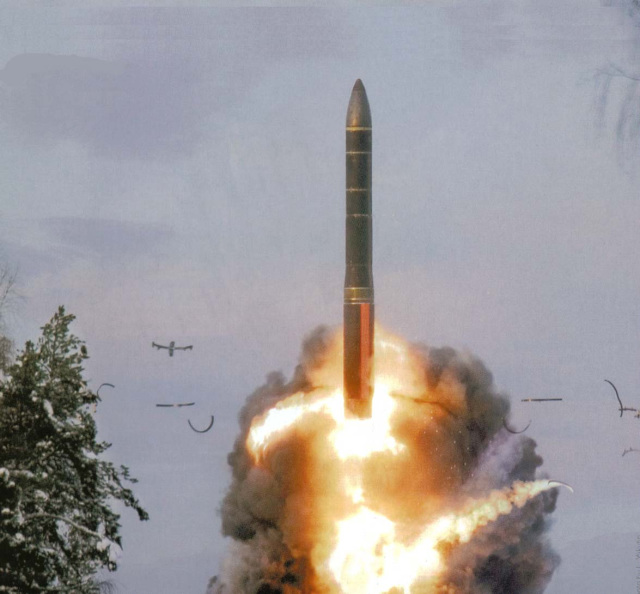 According to a source in the military-industrial complex, Russian engineers have begun to create a new-generation strategic missile system, which received the symbol "Cedar". Now its development is at the very early stage.

The beginning of work on a new-generation strategic missile system, with reference to a knowledgeable source in the rocket and space industry , was reported by TASS. When asked about the research work of "Cedar", he said that the efforts were part of the program of modernization of strategic weapons.

Now the project is at an early stage, but work is underway. "If it turns into a research and development work after a while, then it will be possible to speak in detail. So far, this is a deep research project, " the agency's source said.

TASS recalls that the Russian Strategic Missile Forces are armed, in particular, with new intercontinental ballistic missiles "Topol-M" and "Yars". As for the maritime component of the nuclear triad, in the future it will be based on the strategic submarines of the fourth generation 955A "Borey", equipped with solid-fuel ballistic missiles "Bulava". Despite the technical difficulties encountered during the tests, now, as far as we can judge, the missile is a fully combat-ready sample.

An important part of the nuclear triad in the foreseeable future will be the Avangard complex. It is based on a hypersonic guided combat unit, which is launched using the UR-100N UTTH intercontinental ballistic missile. Earlier, we published a video where you could see the appearance of the new complex for the first time.

The air component of the Russian nuclear triad is traditionally represented by strategic bombers such as the Tu-160 and Tu-95, capable of carrying cruise missiles equipped with nuclear warheads. In the future, the capabilities of strategic aviation can be significantly expanded by adopting a new bomber created under the PAK DA program. The main feature of the aircraft, which distinguishes it from its predecessors, will be unobtrusive. In a broad sense, the bomber can be considered an analog of the American B-2.

Recall that in December it became known that Russia produced a prototype aircraft engine designed for the aircraft being developed under the PAK DA program. For the first time, a car can take to the sky around the middle of the decade. It is planned to take the aircraft into service by about 2030.