News about the state and prospects of the defense industry

In Japan, they tried to figure out Russian fighters. Here's what happened

Many countries of the world have put Sukhoi design Bureau fighters into service, Yahoo News Japan writes. However, understanding their models is not an easy task. Even professionals make mistakes. 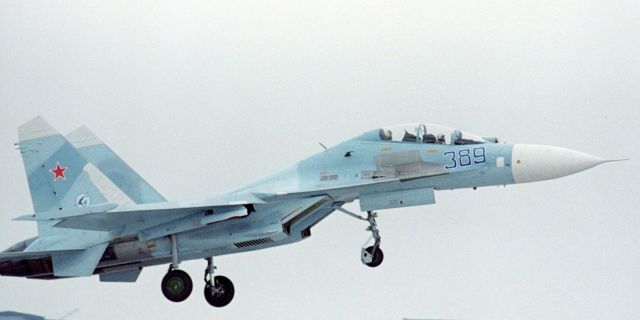 Rheinmetall plans to significantly expand the production of ammunition 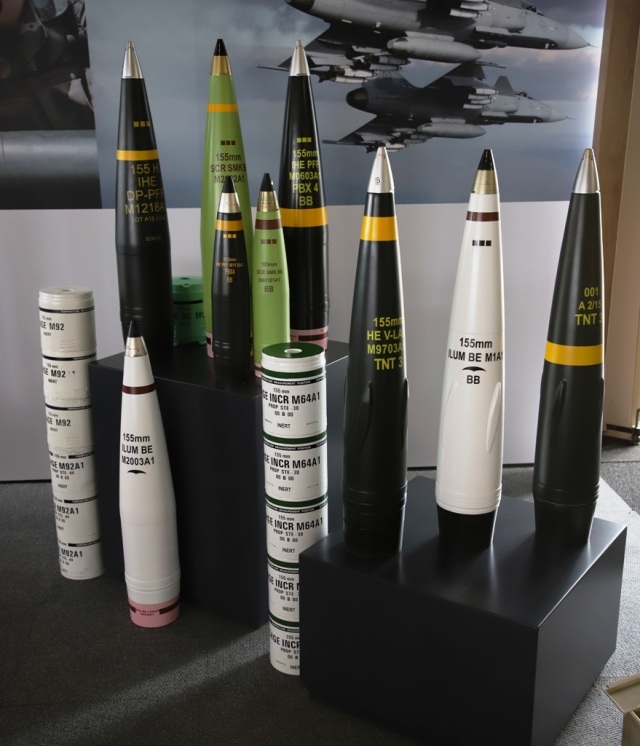 Leopard vs T-90: which tank will change the course of the conflict in Ukraine

A diesel engine with a capacity of 1130 horsepower, together with the transmission units, forms a monoblock system - this facilitates maintenance and repair. The maximum speed on the highway is 70 kilometers per hour, the power reserve is 550 kilometers. In addition, there is an auxiliary power plant that provides electricity for electronic equipment when the main engine is turned off. 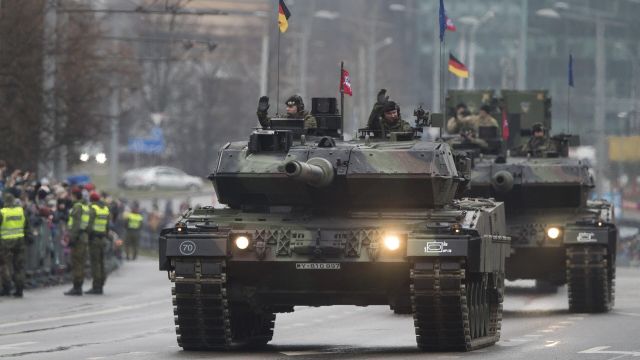 Ivan Dybov: Rosatom is looking for ways to develop partnership with Latin America

Rosatom is actively developing cooperation with Latin America, despite the international situation. Ivan Dybov, President of Rosatom Latin America, told RIA Novosti in an interview about the successes achieved in the region, what new partners the state corporation will have, and what projects can already begin this year. Oleg Vyazmitinov was talking. 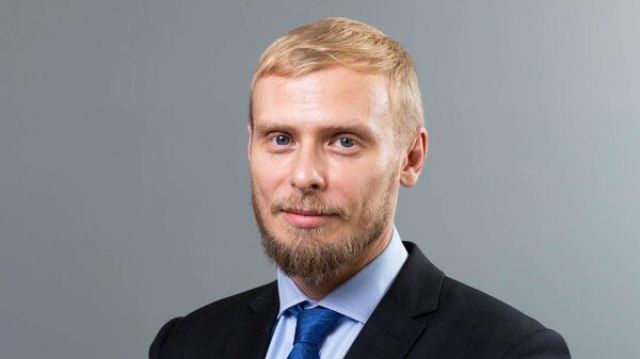 How can Russia do without "Natasha"

What is the North Atlantic Bloc doing in the Pacific

On the evening of January 12, 2023, speaking on television, American political scientist Dmitry Simes said: "I will express a bold thought – during the Great Patriotic War, Katyusha played a big role. But you know that today there are "Natasha" – tactical nuclear charges. And I would really not want us to move from "Katyusha" to "Natasha". But if large concentrations of Leopard tanks and American Bradley armored personnel carriers went against Russia, it is difficult for me to imagine that the possibility of using tactical nuclear weapons in Moscow in this case would not be seriously considered." 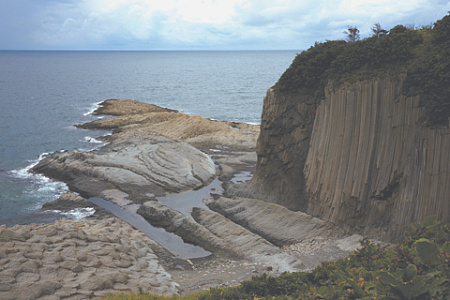 What kind of long-range aviation does the country need

A decisive increase in combat and quantitative composition is required

At the end of last year, the commander of the Long-range Aviation of the Russian Aerospace Forces, Lieutenant General Sergei Kobylash, spoke about the tasks of this kind of forces for 2023. According to him, these tasks will be solved during the participation of Long-range aviation in a special military operation in Ukraine. This is the main feature of their implementation in the coming year. 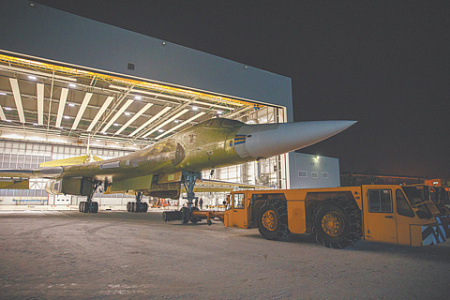 Sergey Chemezov: Russia should forget about Boeing and Airbus forever

Sergey Chemezov, the general director of the company, told RIA Novosti in an interview with what results Rostec finished in 2022, and what plans the corporation has for this year. 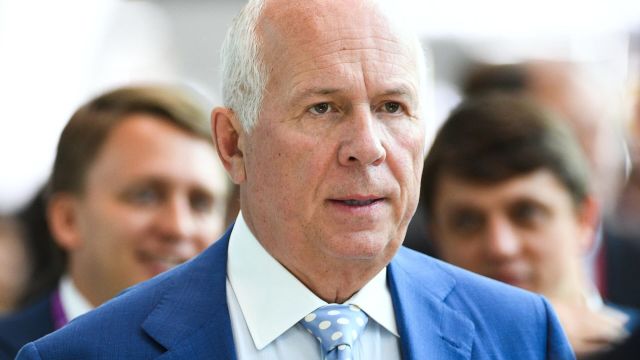 The German Leopard 2A4 tanks in service with the Turkish Ground Forces will undergo modernization, the decision to launch the corresponding program has already been made. This is reported by the Turkish edition Savunma Sanayi St. 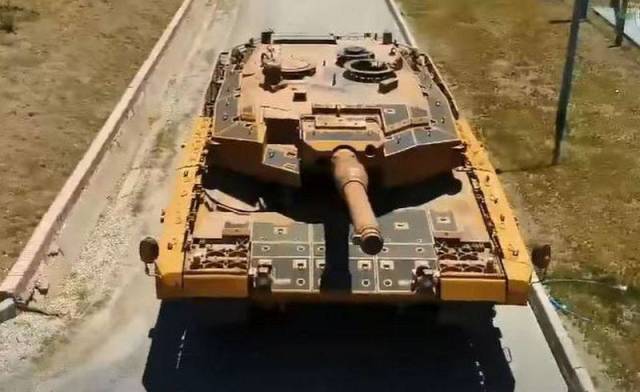 According to the results of the modernization of the materiel carried out in the 2010s, the T-72B3 became the main tank of the Russian army. OBT of this modification are massively used during the conflict in Ukraine, which allowed to identify the shortcomings of this model, which most affect its combat stability at the front. 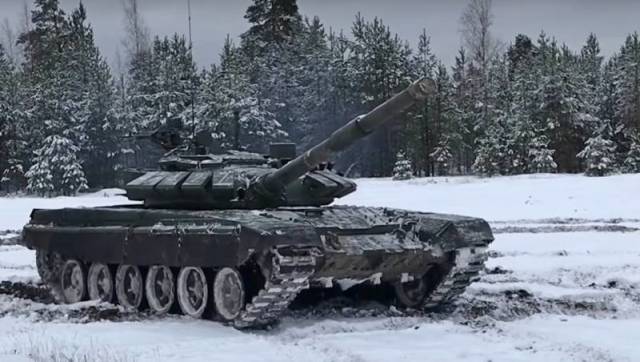 On January 25, 2023, the press service of the Eastern District reported that the icebreaker Evpatiy Kolovrat of project 21180M, built at Almaz Shipbuilding Company JSC in St. Petersburg for the Pacific Fleet of the Russian Navy, began to make a sea crossing from St. Petersburg to its future permanent base in Kamchatka - Petropavlovsk-Kamchatsky. 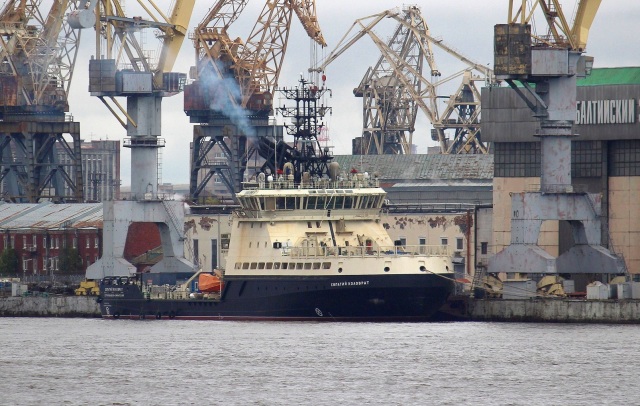 "Not even a Band-Aid." The decision to help the APU brought the Bundeswehr

The Economist: because of the aid to Ukraine, the Bundeswehr is in a more deplorable state than ever

The Bundeswehr is now in a more deplorable state than ever, writes The Economist. Stocks of weapons and shells will last him only for a few days, even a Band-Aid is in short supply, and the large-scale reforms promised a year ago have not begun. 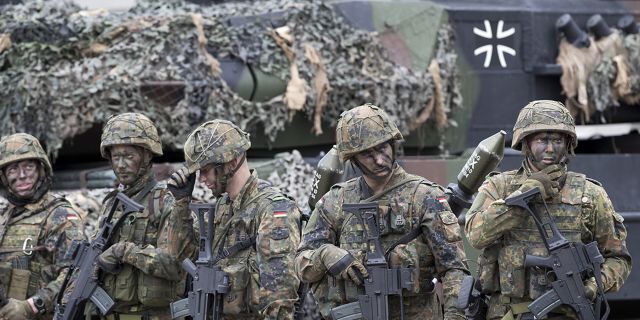 Astronomers allowed to "shoot" a laser at Starlink satellites

While SpaceX fans are enthusiastically following the company's achievements, astronomers are sadly watching how their work becomes more difficult with each launch of Starlink satellites. Progress does not pass without sacrifice. Therefore, various scientific associations are looking for ways to reduce the negative impact of many new man-made objects in near-Earth space on the quality of data received by telescopes.

On January 24, 2023, an official launching ceremony of the L 141 Al Fulk amphibious helicopter dock ship under construction for the Qatari Navy took place at the enterprise of the Italian shipbuilding association Fincantieri in Palermo. The transfer of the ship to the Qatari customer is scheduled for 2024. 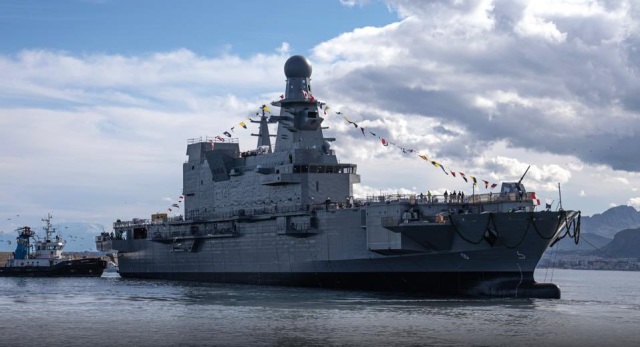 "We need armored steel to create equipment": the Turkish press appreciated the lifting of the arms embargo by Finland

The Turkish defense industry produces various combat systems, gradually penetrating into the most complex areas of military production. However, at this stage of development, the military-industrial complex is more of an assembly line, and therefore its weak point remains dependence on the supply of components from abroad. 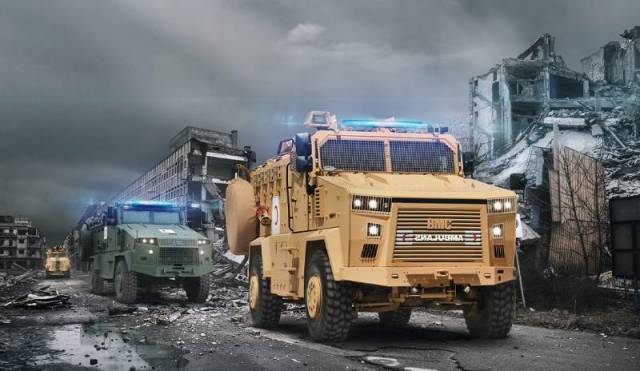 These shortcomings allowed them to be hit, including with T-55 tanks during the conflict in Iraq, said Candidate of Military Sciences Sergey Suvorov

American M1 Abrams tanks, which Washington decided to transfer to Kiev as military assistance, have vulnerabilities that allowed it to be hit during the conflict in Iraq with the help of Soviet weapons, including T-55 tanks. 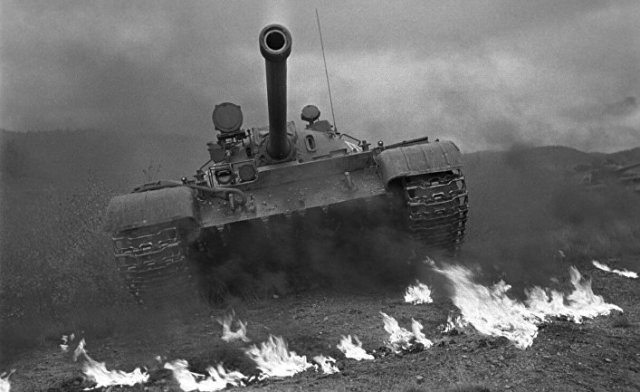 Scientific non-fiction: how to earn trillions on orphan asteroids

The Earth's resources are limited, and questions about where to get them in the future are already arising now. The most suitable answer to the growing demands of man seems to be space with its vast expanses and asteroids stuffed with rare metals. But who and how plans to mine ores on "space cobblestones"? And most importantly, is it even real? Naked Science reflects on the cultural heritage, present and future of commercial asteroid exploration. 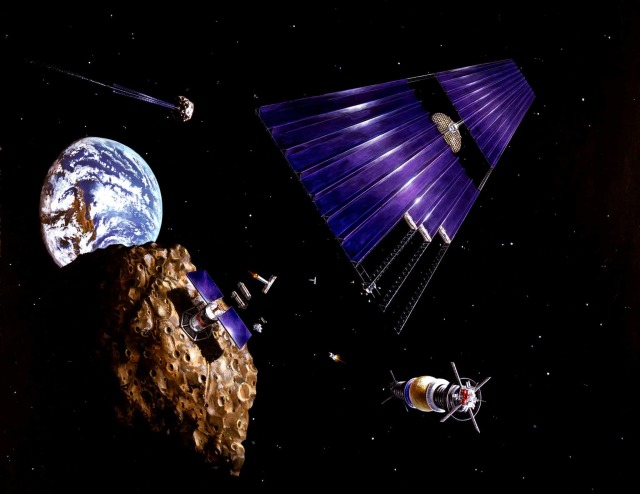 "There are a lot of tasks, we see prospects." The head of KTRV Obnosov — about achievements, plans and dreams - Interview with TASS

On the eve of his 70th birthday, the CEO of the corporation spoke about the main milestones in the post of head and what KTRV will be in the near future

On the eve of his 70th birthday, Obnosov told in an interview with TASS about the main milestones as head of the corporation, professional achievements and his own hobbies, as well as what KTRV will be in the near future. 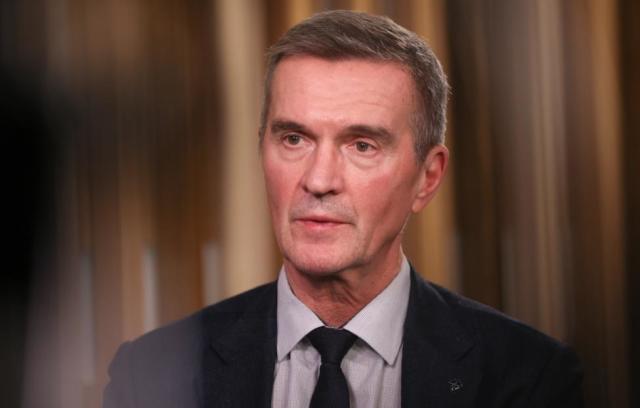 According to the head of St. Petersburg, almost half of the more than 1 thousand large and medium-sized enterprises located in the city work for defense tasks

The Governor of St. Petersburg, Alexander Beglov, proposed to develop norms that would make it possible for their employees from among recent college graduates who are conscripted into the armed forces to undergo alternative civil service at defense enterprises. 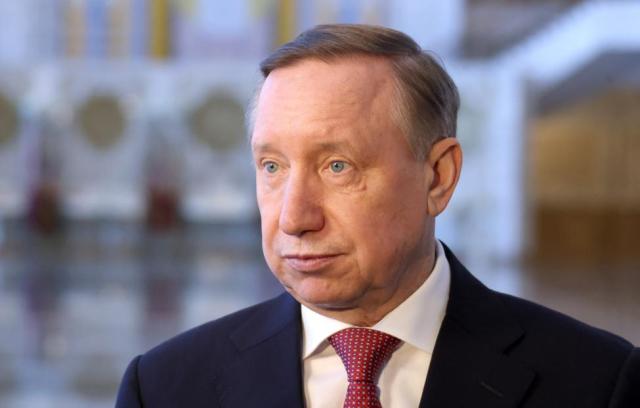 Taking foreign submarines as a basis, the Persians created their own 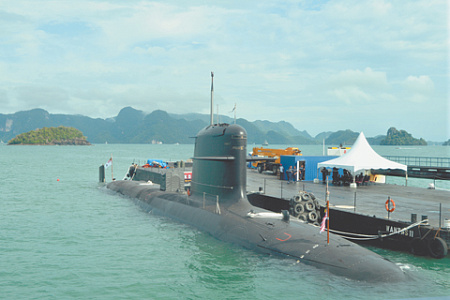 Algeria is rapidly arming itself

Russian weapons prevail in the army of the North African state

Two countries in the Middle East and North Africa region invariably remained the closest allies of the Soviet Union – Syria and Algeria. The Russian Federation, surprisingly enough, managed to "inherit" both of these allies – at least in terms of military-technical cooperation. 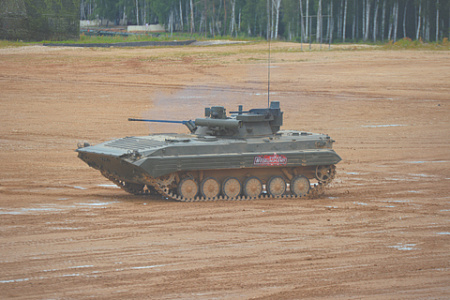