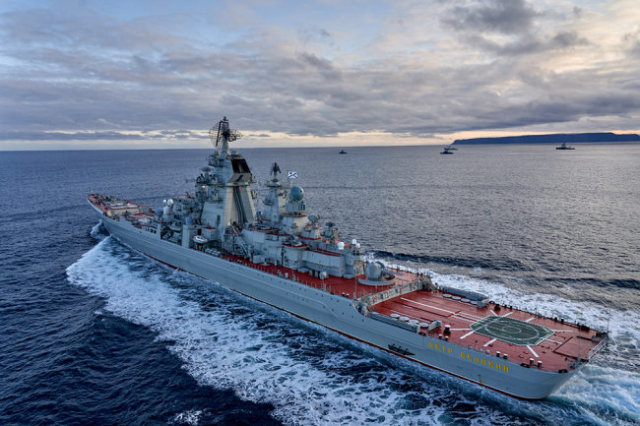 The heavy nuclear-powered missile cruisers Peter the Great and Admiral Nakhimov of Project 1144.2 Orlan, considered the most powerful in the Russian Navy, will become giant targets in the event of war. So the Russian ships were evaluated in the publication of the American edition 19FortyFive.

The publication notes that several decades ago, the cruisers of project 1144.2 "Orlan" with a displacement of 24 thousand tons were considered the largest warships in the world, not counting aircraft carriers.

"Considered to resemble battleships of a bygone era, the new ship was actually quite modern," the publication writes.

The publication predicts that such large ships without air cover will become a giant target in the event of war, which "will be quickly sunk by the enemy in wartime." There it is also proposed to make a floating museum out of the Admiral Nakhimov cruiser, which is under repair.

In January, The National Interest magazine wrote that the Admiral Nakhimov heavy nuclear missile cruiser poses a threat to the naval forces of NATO countries, while at the same time proving to be "an extremely attractive target, especially for submarines."

In August 2020, a Forbes publication stated that after modernization, Admiral Nakhimov would become the most powerful surface non-aircraft-carrying warship in the world.

In July of the same year RIA Novosti wrote that "Admiral Nakhimov" after a deep modernization will be able to contain the NATO fleet alone.

In October 2019, retired Colonel Viktor Litovkin said that the Admiral Nakhimov nuclear cruiser, currently under repair, would not affect the balance of power between the Russian Navy and the US Navy in any way if put into operation.