The US Army "hit" the Russian " Glory» 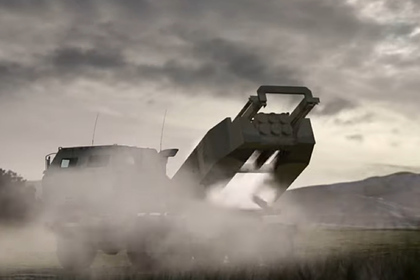 A video posted on YouTube by the US Army showing possible scenarios for the use of the Precision Strike Missile (PrSM) shows a "strike" on the Russian project 1164 cruiser "Atlant" (according to the NATO code — "Glory") and the S-400 "Triumph" anti-aircraft missile system, reports The Drive.

According to Defense News, the mounted video shows C-130 Hercules military transport planes landing on a runway on an island in the Pacific Ocean, delivering Autonomous Multidomain Launcher (AML) launchers. Two such systems are deployed at strategic points on the island. One launches anti-ship PrSM, the other-extended-range PrSM, designed to destroy the enemy air defense system.

In May, the same publication, citing Lockheed Martin, reported that during the tests, the PrSM missile flew more than 400 kilometers, breaking its own range record.

In April, Breaking Defense reported that the US army is studying the possibility of increasing the range of PrSM missiles to 1,600 kilometers.

The PrSM is expected to enter service with the US Army in 2023.