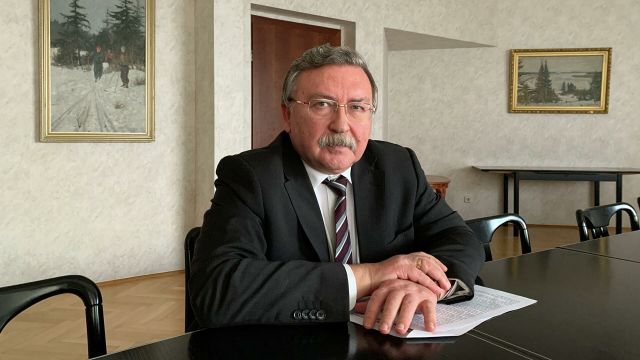 MOSCOW, December 1/ Sputnik Radio. The refusal of the United States, Great Britain and Australia to provide detailed information about the AUKUS union is not normal, said Mikhail Ulyanov, Russia's permanent representative to international organizations in Vienna.

"First of all, this does not concern the United States, but Australia, because we are talking about the transfer of submarines to it and their possible construction on the territory of Australia. The elementary question is - what kind of fuel will this nuclear reactor run on? Almost certainly it is highly enriched uranium of weapons-grade quality over 90%," RIA Novosti quoted him as saying.

Ulyanov recalled that the United States and Great Britain have no way to ensure the operation of a reactor on low-enriched uranium, only France has such technologies. There is no answer to this and other questions, the diplomat noted.

According to him, during the session of the IAEA Board of Governors, the Americans and the British did not take the floor, and the representative of Australia spoke without saying anything in fact.

In this regard, representatives of Russia and China insisted on the need to clarify the situation.

"This is not normal. This suggests that there is a lack of basic transparency. There is an information vacuum," Mikhail Ulyanov stated.

The Permanent Representative of the Russian Federation stressed that the task of the participants of the association is to remove the concerns of the world community by providing the necessary information.

Australia, the United Kingdom and the United States announced the creation of the AUKUS union on September 15. As part of the alliance, Canberra expects to receive at least eight nuclear submarines from Washington.

Earlier, Sputnik radio reported that Ulyanov called on AUKUS to abandon the project of nuclear submarines for Australia.