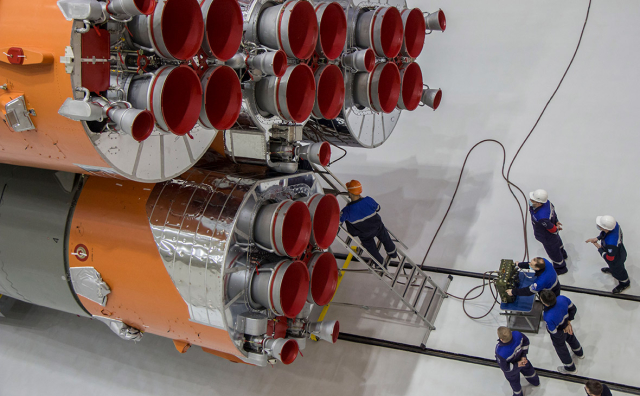 Russia is considering the possibility of creating a reusable super-heavy rocket that could be used for flights to the moon. Earlier it became known that the appearance of the carrier "Yenisei" will be revised.

The Russian superheavy launch vehicle can be reusable. This was reported by RIA Novosti with reference to the materials of Roscosmos posted on the state procurement website [...] .

"Within the framework of the technical project, options for creating a superheavy-class space rocket complex with a launch vehicle (RN) based on the rocket fuel components oxygen and methane, including options for saving and reusing the rocket blocks of the first stage of the RN, should be worked out," the materials say.

The program to create a new Russian superheavy rocket has a long and controversial history. In the winter, it became known that scientists of the Russian Academy of Sciences proposed to postpone the development of the carrier to a later date. In February, it was reported that the process was suspended altogether . At the same time, they again talked about the need to change the technical appearance of the carrier.

Later, a source in the rocket and space industry announced new data about what the " Yenisei "could be. The rocket wants to be equipped with six side blocks located around the central one. All of them should get the RD-182 engine. The upper stage is intended to be equipped with RD-0169.

Such metamorphoses could not but affect the timing of the rocket's creation: most likely, its launch, previously scheduled for 2028, will have to be postponed.

In Russia, an alternative version of the development of a natural satellite has been worked out. The heavy carrier rocket "Angara" can help in this, which should soon receive several versions of the increased payload capacity. Thanks to them, it will be possible to assemble manned complexes in orbit, after which they will be able to go on the road. This scheme is also favored by the fact that Russia has several spaceports.

The second launch of the Angara-A5 heavy launch vehicle»

Image source: Ministry of Defense of the Russian Federation

On the other hand, according to experts, such a decision can be considered only as a temporary one: a heavy launch vehicle will not be able to fully replace a super-heavy one. To further study the Moon, you need to create a fundamentally new rocket.

The Chinese and Americans are actively working on the development of new super-heavy missiles, although the latter already have at their disposal a reusable Falcon Heavy super-heavy carrier.

The most powerful rocket in the world should be the Space Launch System currently being developed, which is seen as one of the key components of the new Artemis Moon exploration program. The first flight of it can be performed this year.

A more vague timeline in the case of the Chinese missile. According to experts, China can get its superheavy rocket around 2030.