The resident of the special economic zone of the capital "Special Design and Technological Bureau of Applied Robotics" ("SKTB PR") has delivered a batch of eight mobile robotic complexes MRK-15 for the Russian law enforcement agencies, designed to neutralize explosive objects, said the head of the Department of Investment and Industrial Policy of Moscow Alexander Prokhorov.

Moscow is one of the leaders in the production of service and industrial robots in the country. Thus, the capital's robotic manipulators already perform cyclical routine operations at dairy and confectionery-bakery plants, the production of cable products. Special-purpose robots created by SKTB PR serve in the army, work in the EMERCOM of Russia, and solve various tasks in conditions of high radiation in the nuclear industry. The company has been operating in the SEZ "Technopolis Moscow" since 2013. During this time, the company has produced more than 30 robotic systems of various classes and purposes, capable of working remotely under human control in dangerous conditions, - said Alexander Prokhorov.

According to the General Director of the SEZ "Technopolis Moscow" According to Gennady Degtev, the robotic systems have passed several stages of testing. 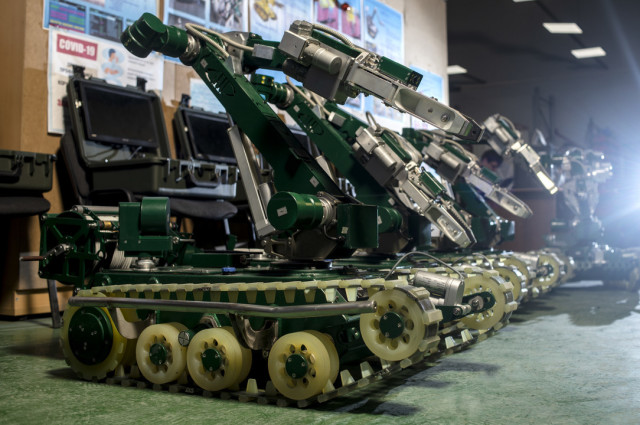 A special feature of the implementation of the latest batch of SKTB PR products was the state commission's acceptance and qualification tests of sapper robots, including climatic, vibration and shock tests, most of which were organized directly in the SEZ at the Pechatniki site. No other robotic systems manufactured in Russia have been subjected to such a volume and testing modes before, " said Gennady Degtev.

The main task of the MRK-15 robotic systems is to replace a person when working on the disposal of explosive objects, said the Deputy General Director of SKTB PRIlya Laverychev. 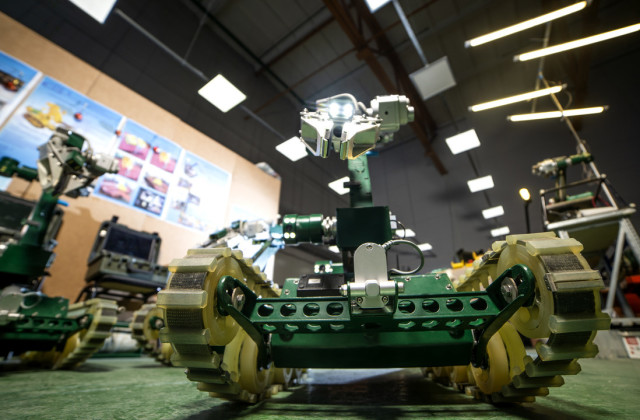 The developed complexes are multifunctional. They can perform visual reconnaissance, transport explosive devices with the help of a manipulator, open them with a power tool or destroy them with a hydraulic destroyer, " he added.

SKTB PR has been specializing in the development, construction and creation of robotic systems and special-purpose systems for more than 30 years. The products created by the company are successfully used to replace people when performing high-risk work, such as emergency rescue and explosion engineering work, work in conditions of radiation and chemical contamination, military and anti-terrorist actions.

The robotic systems created by SKTB PR also operate at the Leningrad and Beloyarsk nuclear power plants. The company exports its products to the CIS countries and Southeast Asia. 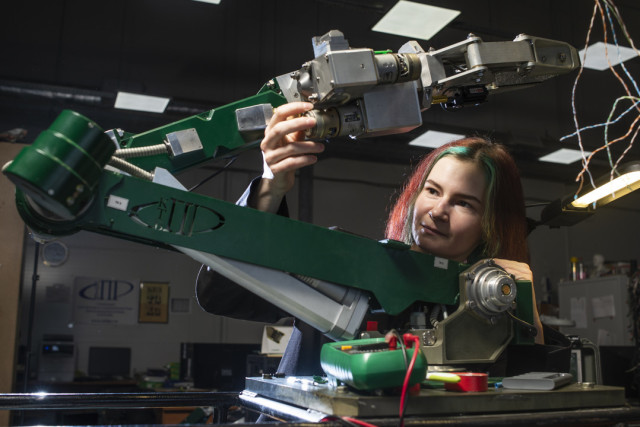 The rights to this material belong to Industry Hunter
The material is placed by the copyright holder in the public domain
Страны
Россия
Продукция
B-52
Компании
МЧС
Проекты
Робот
РТК
ЯО
Do you want to leave a comment? Register and/or Log in
Log in via Facebook
The Permanent Representative of the Russian Federation to international organizations in Vienna Ulyanov called the refusal of AUKUS to provide data on the union abnormal
The United States agrees with Stoltenberg on the inadmissibility of Russia's influence in the issue of NATO expansion
In the USA, they were surprised by the size of the Su-75
The National Interest (США): российский танк Т-80 — это не шутка
Korean aircraft carrier "won back" funding
Шойгу счел необходимым построить в России еще несколько крупных городов
The State Duma appreciated the idea of banning the sale of grenades after the shooting at the MFC in Moscow
British military demanded $1.1 million for stuttering after Estonian frosts
Sasapost (Египет): американцы создают самый мощный лазер в истории. Что это значит?
Tank killer: the work of the PTKM-1R anti-roof mine was shown on video
Корпорация "Иркут" до конца 2018 года поставит ВКС РФ более 30 истребителей Су-30СМ
Как России зарабатывать больше на продаже вооружений
Putin signed the law on the powers of Roscosmos in the field of infrastructure construction
In the USA, they called the advantages of the Russian "Sun"
Американский эксперт назвал пять мощнейших российских танков
other topics discussed
2006-2021 © ВПК.name. All rights reserved.
When reprinting, link to ВПК.name required.
User agreement.
№ 21-PP in the register of information distributors.
18+
Website hosting: TimeWeb.