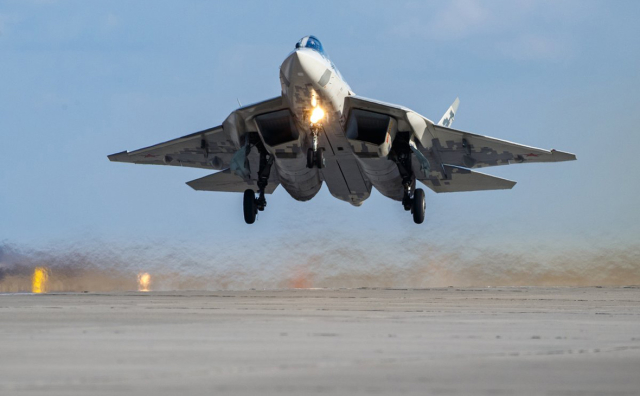 According to the data provided, the Russian fighter jet performed several flights with demonstrators of the new hypersonic complex. In the foreseeable future, they plan to conduct the first throw tests.

In December last year, it became known that the serial Su-57 is going to be used for testing a new hypersonic complex. As [...] RIA Novosti reported the day before, citing its source, the plane began to fly with demonstrators of the new weapons system: for tests, however, they used not a serial car, but a prototype.

"As part of the tests, the Su-57 prototype fighter performed several flights with functional weight-and-size models of the new Russian intra-fuselage hypersonic missile. Before that, there was a fitting of models of the new product in the internal compartment of the fighter on the ground, " the source said.

Unlike the standard complex, the models do not have engines and a warhead. At the same time, they are identical to a combat missile, in terms of mass and size. In order to check the interface of the rocket electronics with the onboard electronics of the carrier, the demonstrators were equipped with homing heads and electric circuits. The data obtained during the tests brings the launch tests of the new rocket closer.

Detailed product specifications are unknown. According to the information provided by the source, we are talking about an air — to-surface missile that can be used to defeat a wide range of targets, including air defense facilities and launch complexes with cruise and tactical ballistic missiles.

Earlier, Russia adopted a new air-based complex 9-A-7660 "Dagger" (sometimes referred to as the X-47M2 "Dagger"), which in a number of sources appears as hypersonic. Now its carrier is the upgraded MiG-31 interceptor. In addition, [...] data on the use of other platforms appeared at different times. 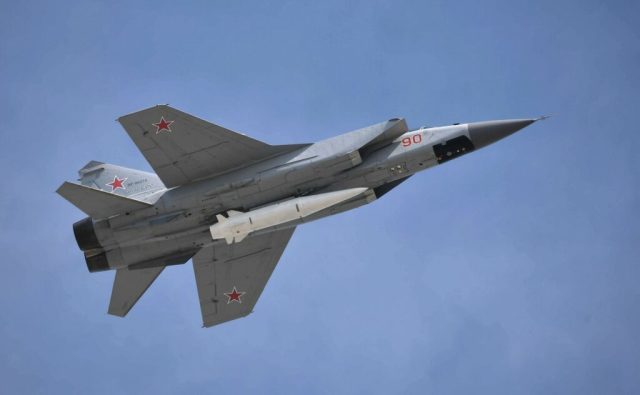 "Dagger" is an extremely large missile system, so in the case of new tests, we are obviously not talking about it. Experts call the Tu-22M3M long-range bomber a more likely carrier. 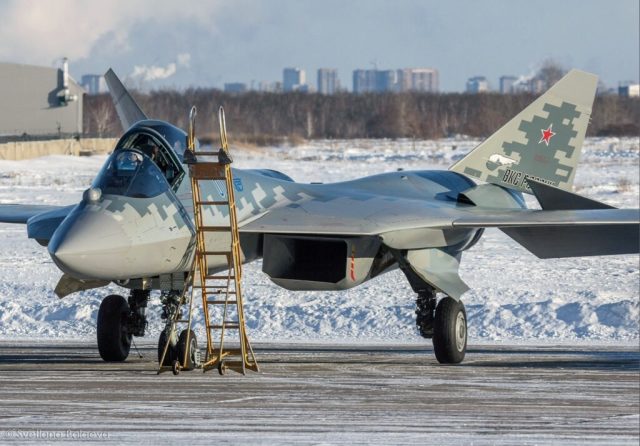 The Su-57 was initially positioned as a multi-purpose aircraft capable of hitting both air and ground targets equally effectively. The vehicle can probably carry up to six air — to-air missiles.»: four medium-range missiles and two short-range missiles. In addition to the missiles of class "air — air" and "air — surface", an aircraft with a high degree of probability can use new guided bombs.

The rights to this material belong to Naked Science
The material is placed by the copyright holder in the public domain
Страны
Россия
Продукция
Кинжал БР
МиГ-31
ПАК ФА
Ту-22М
Проекты
ГЗЛА
Do you want to leave a comment? Register and/or Log in
Log in via Facebook
The Permanent Representative of the Russian Federation to international organizations in Vienna Ulyanov called the refusal of AUKUS to provide data on the union abnormal
The United States agrees with Stoltenberg on the inadmissibility of Russia's influence in the issue of NATO expansion
In the USA, they were surprised by the size of the Su-75
The National Interest (США): российский танк Т-80 — это не шутка
Korean aircraft carrier "won back" funding
Шойгу счел необходимым построить в России еще несколько крупных городов
The State Duma appreciated the idea of banning the sale of grenades after the shooting at the MFC in Moscow
British military demanded $1.1 million for stuttering after Estonian frosts
Sasapost (Египет): американцы создают самый мощный лазер в истории. Что это значит?
Tank killer: the work of the PTKM-1R anti-roof mine was shown on video
Корпорация "Иркут" до конца 2018 года поставит ВКС РФ более 30 истребителей Су-30СМ
Как России зарабатывать больше на продаже вооружений
Putin signed the law on the powers of Roscosmos in the field of infrastructure construction
In the USA, they called the advantages of the Russian "Sun"
Американский эксперт назвал пять мощнейших российских танков
other topics discussed
2006-2021 © ВПК.name. All rights reserved.
When reprinting, link to ВПК.name required.
User agreement.
№ 21-PP in the register of information distributors.
18+
Website hosting: TimeWeb.