"Rusting" US Navy compared with the dead Soviet Navy 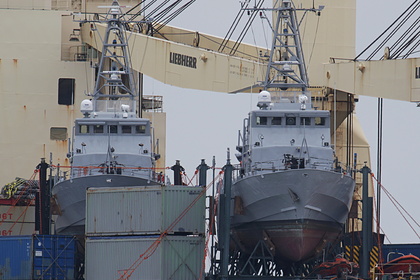 According to the current state of the ships, the Naval Forces (Navy) of the United States resemble the dead Navy (Navy) of the USSR. A similar comparison in the American edition of 19FortyFive is given by columnist John Rossomando.

"Last month I visited the Norfolk Naval Base, the headquarters of the US Atlantic Fleet. What I saw scared me and reminded me of stories about the rusting Russian navy in the days after the collapse of the Soviet Union in 1991," the author notes.

Rossomandol writes that the streaks of rust that he noticed on the ship in Norfolk symbolized the decline of American naval shipyards due to decades of neglect, irrational spending of budget funds and inadequate use of labor.

"Ships such as the nine-year-old Medgar Evers, named after the slain civil rights activist [Medgar Evers], the amphibious warship Arlington, named after those killed in the Pentagon on September 11, and the Ticonderoga-type missile cruiser, whose number was hidden, were rusting at the berths. They were not the only ones, but the most noticeable when I inspected the base," the observer said.

The author notes that earlier "the US Navy mocked the images of rusty Soviet ships as a sign of lagging in navigation and combat capabilities."

In October, the Navy Times reported that in the period from fiscal year 2017 to 2020, the US Navy spent more than $ 2 billion to combat corrosion of F/A-18 Hornet deck aircraft.

In December 2019, in the American magazine The National Interest, the only Russian aircraft carrier Admiral Kuznetsov was called a piece of rust.