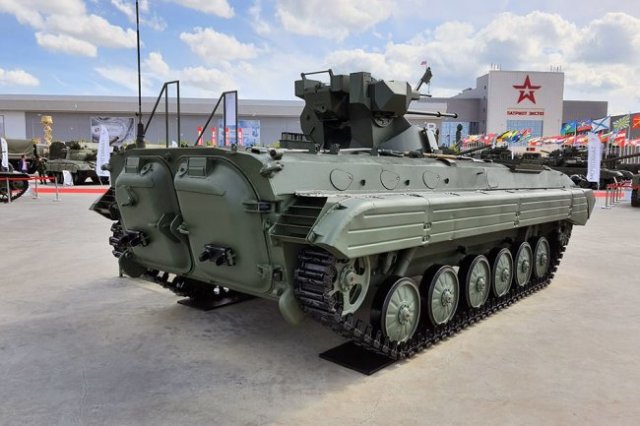 In accordance with the decree of the Government of the Russian Federation, the International Military-Technical Forum "Army-2021"will be held from August 22 to 28, 2021. However, its official opening will take place on August 23.

Like last year, it will be held simultaneously with the Army International Games. From August 22 to 25 - days of the forum for specialists and events of the scientific and business program, from August 26 to 28 - days of mass attendance.

The list of equipment that will be shown at the "Army-2021" has not yet been announced. But with a high degree of probability, we can assume that the main emphasis will be placed on.

These are, of course, robotic complexes - land, surface and underwater, air. The global trend is that people will gradually leave the battlefield, robots will fight. Ground-based combat robotic systems have already ceased to be exotic. Now the focus is on remotely controlled combat modules.

One of the discoveries of the "Army-2020" was the "Hunter" module. It can be installed on stationary firing points, on all types of mobile combat equipment and on boats, including unmanned ones. The main armament is a 12.7-mm Kord machine gun, stabilized in two planes. It hits targets in motion at a distance of more than 1 thousand meters.

According to experts, one of the most promising Russian combat modules is the Baikal AU - 220M. It has no analogues in the world. Abroad, remote-controlled modules are mainly equipped with machine guns or cannons of 20 mm caliber. And in "Baikal" there is a 57-mm rapid-firing gun.

The focus will be on robotic complexes - land, surface and underwater, aviation

Most likely, new samples of remotely controlled combat modules will be presented at Army-2021. A large number of unmanned aerial vehicles, including shock ones, will also be demonstrated. The civilian drone " Orion "will be shown in the military version - "Pacer".

It is expected that for the first time three combat vehicles based on the Armata platform will be openly shown. These are the T-14 tank, the T-15 infantry fighting vehicle and the T-16 armored repair and evacuation vehicle. Tests of this equipment are now being very actively conducted at the test site in Kubinka.

So there will be something to see at the Army-2021 forum. And covid should not interfere. The main thing is to follow the recommendations known to everyone. And even better - get vaccinated.