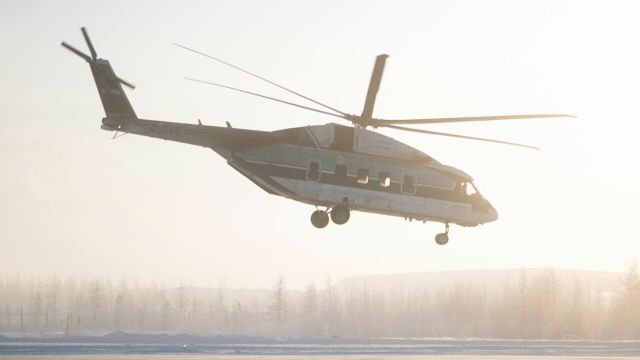 TSAMTO, July 23. The Russian Helicopters holding Company of the Rostec State Corporation has received the approval of the Federal Air Transport Agency for the use of the latest anti-icing system on the Mi-38 helicopter, as well as a satellite communication system that provides Internet on board the helicopter.

The anti-icing system of the Mi-38 helicopter has passed a series of tests, during which it proved its effectiveness. The new equipment will allow the Mi-38 to prevent the build-up of ice at subzero temperatures and continue flights in icing conditions. The system integrated into the design of the new composite blades expands the scope of application of the Mi-38 in difficult weather conditions, including in the Arctic latitudes.

"The certification of the de-icing system is the first and important step towards creating an "Arctic" version of the Mi-38 helicopter. This event is especially relevant in the light of the signed contract for the supply of Mi-38PS helicopters in the interests of the EMERCOM of Russia, because these helicopters will be operated precisely in the conditions of the Far North," said Andrey Boginsky, General Director of the Russian Helicopters holding company.

The Federal Air Transport Agency also approved the installation of the Mku30 satellite communication system. This option will provide passengers with high-speed Internet access during the flight. The Ku-band satellite communication system provides Internet access at speeds up to 2 Mbit / s in the coverage area of YAMAL communications satellites. It allows you to organize video conferences on board the helicopter, uninterrupted transmission of large amounts of data and high-quality video images in real time. Data transmission to passengers ' mobile devices is provided using a Wi-Fi access point.

Mi-38 helicopters can be operated in a wide range of climatic conditions, including marine, tropical and cold climates. Thanks to the technical solutions used, the Mi-38 surpasses other helicopters of its class in terms of payload, passenger capacity and basic flight characteristics. The helicopter can carry up to 5 tons of cargo in the cabin or on an external suspension or up to 40 passengers.