In the US, alarmed by Russia's "destruction" of an American aircraft carrier near Hawaii 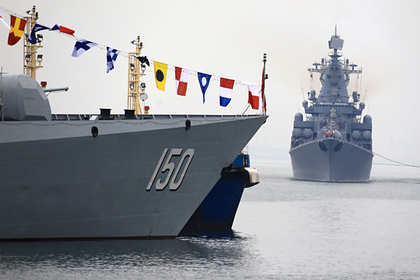 Russia's exercises in the Pacific Ocean near Hawaii, during which the destruction of an enemy aircraft carrier strike group (AUG) was practiced, is an "alarm signal" and an "unprecedented threat" to the United States, writes The Drive.

The Drive notes that the Russian actions in the Pacific were observed by three Arleigh Burke-class destroyers and a Sentinel-type patrol boat.

The publication admits that the increased activity of Russia in the Pacific Ocean is caused by the upcoming tests of the US missile defense system.

Thus, The Drive commented on the exercises of warships of the Pacific Fleet of Russia, for the first time in the modern history of the country, held in the central Pacific Ocean. The event involved up to 20 warships (missile cruiser "Varyag", frigate "Marshal Shaposhnikov", corvettes "Aldar Tsydenzhapov", "Perfect" and "Loud") and a submarine, as well as 20 aircraft, including anti-submarine aircraft Tu-142M3 and IL-38, fighter-interceptors MiG-31BM, tanker aircraft IL-78 and deck helicopters Ka-27. Among the tasks that were solved by the Russian side were, in particular, the destruction of the enemy's AUG and the attack of cruise missiles on its ground objects.

In May, a member of the board of the Military-Industrial Commission of Russia, Vladimir Pospelov , spoke about the development of a project for a new aircraft carrier, which can cost the country half a trillion rubles.