The Baltic Fleet will be equipped with new submarines, aircraft and coastal complexes 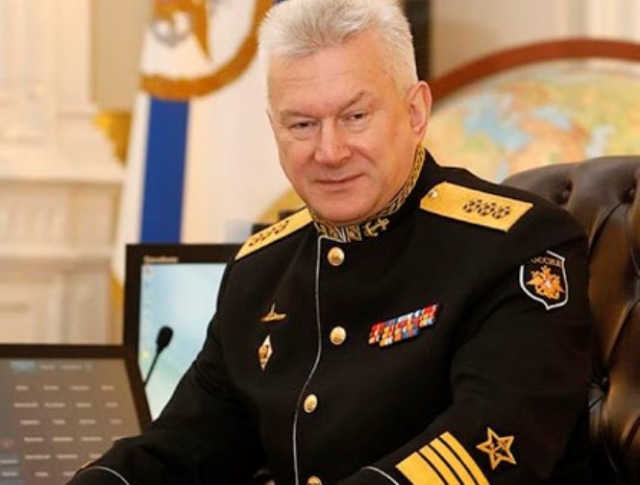 The Commander-in-Chief of the Russian Navy, Admiral Nikolai Evmenov, congratulated the Baltic sailors on the Day of the Baltic Fleet.

In his congratulatory message, Admiral Nikolai Evmenov noted that " The Baltic Fleet remains the most important tool for ensuring Russia's security in the western direction. The role of the Baltic Fleet is now becoming even more important due to the new challenges and threats arising from the expansion of NATO's presence in the Baltic region, in close proximity to the borders of the Russian Federation."

"The Ministry of Defense of the Russian Federation, the Main Command of the Navy pay special attention to maintaining the combat readiness of the Baltic Fleet at a level that is guaranteed to exclude any threats. The task of Baltic seafarers is to effectively ensure stability in the Baltic region. To this end, the Baltic Fleet is constantly improving and will continue to improve its combat training, participating in naval and interspecific exercises over water, under water, in the air and on shore. We will continue to improve the infrastructure of the Baltic Fleet's home base, develop the production capacities of shipbuilding and ship repair enterprises that work in the interests of the Navy and are stationed in the Baltic Fleet's area of responsibility," said Admiral Nikolai Evmenov, the Commander-in - Chief of the Navy, congratulating the Baltics.

In his congratulatory message, the Navy Commander-in-Chief also emphasized that " in the short term, the Baltic Fleet will continue to be equipped with new ships with high-precision weapons and, in particular, small missile ships of Project 21631. The issue of equipping the Baltic Fleet with diesel-electric submarines, new aircraft and coastal complexes has been worked out.

The underwater component of the Baltic Fleet will correspond to the scope of the tasks that the fleet faces. The Baltic Fleet must be balanced in its forces and resources in order to fulfill the tasks assigned to it as much as possible. This is a requirement of the time and the situation developing in a given direction."

According to the Commander-in-Chief of the Russian Navy, Admiral Nikolai Evmenov, " The Baltic Fleet has been and remains the guardian of more than three centuries of traditions of our Navy. This is the most important mission. This year, the Baltics will traditionally take part in the Main Naval Parade, as well as in a number of exercises of various scales, where the tasks of interaction at the inter-fleet and interspecies level will be worked out. The level of professionalism and skill of the Baltic Navy sailors allows us to perform tasks of any complexity and in the shortest possible time."

In his congratulatory message, the Commander-in-Chief of the Navy, Admiral Evmenov, emphasized the role of Baltic Fleet veterans in passing on invaluable service experience to new generations.

The rights to this material belong to Военно-промышленный курьер
The material is placed by the copyright holder in the public domain
Страны
Россия
Компании
Минoбороны РФ
Проекты
21631 Буян-М
NATO
БФ
Военные учения
Do you want to leave a comment? Register and/or Log in
Log in via Facebook
The United States agrees with Stoltenberg on the inadmissibility of Russia's influence in the issue of NATO expansion
In the USA, it was proposed to ban "Solntsepeki" and "Pinocchio"
The Permanent Representative of the Russian Federation to international organizations in Vienna Ulyanov called the refusal of AUKUS to provide data on the union abnormal
Putin signed the law on the powers of Roscosmos in the field of infrastructure construction
Korean aircraft carrier "won back" funding
Конфликты: Йемен - "забытая" война
The National Interest (США): российский танк Т-80 — это не шутка
In the USA, they were surprised by the size of the Su-75
Russia will offer India the technology of the Octopus tank
Шойгу счел необходимым построить в России еще несколько крупных городов
The State Duma appreciated the idea of banning the sale of grenades after the shooting at the MFC in Moscow
British military demanded $1.1 million for stuttering after Estonian frosts
Sasapost (Египет): американцы создают самый мощный лазер в истории. Что это значит?
Tank killer: the work of the PTKM-1R anti-roof mine was shown on video
Корпорация "Иркут" до конца 2018 года поставит ВКС РФ более 30 истребителей Су-30СМ
other topics discussed
2006-2021 © ВПК.name. All rights reserved.
When reprinting, link to ВПК.name required.
User agreement.
№ 21-PP in the register of information distributors.
18+
Website hosting: TimeWeb.