"Triumph" on the islands: increased anti-aircraft protection of Sakhalin and the Kuril Islands 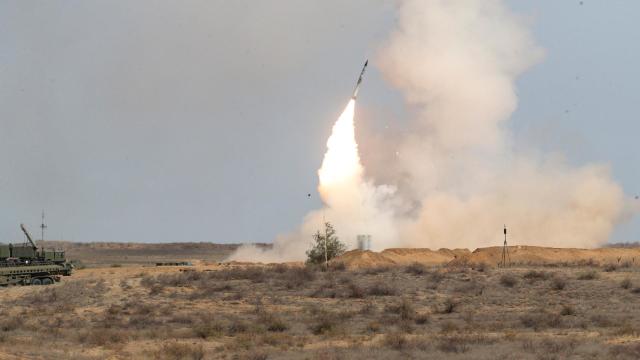 In recent months, Russia has radically strengthened the grouping of air defense assets on the Far Eastern islands. In addition to the short-range anti-aircraft missile systems, units equipped with long-range S-400 and S-300V4 were deployed there. What threats should these defensive systems protect against and whether they are sufficient for the security of Primorye — military expert Anton Lavrov understood.

The formation of a joint air defense system in the Primorsky direction in the Eastern Military District is being completed, sources in the defense department told Izvestia. Most of the air defense regiments have already received and mastered the new equipment.

This week, the Ministry of Defense reported on the conduct of anti-amphibious exercises in the Kuril Islands. They differed from the standard maneuvers by using the S-300V4 and S-400 Triumph long-range anti-aircraft systems. 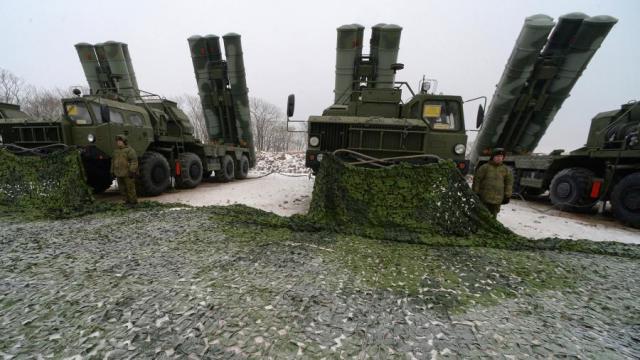 — In Soviet times, there was an air defense division on Sakhalin, and in Vladivostok, Komsomolsk-on-Amur and Kamchatka there were entire corps,-Alexander Gorkov, the former head of the anti-aircraft missile forces of the Russian Air Force, told Izvestia. - In addition, Nakhodka, Khabarovsk and many objects were covered by separate shelves. And at the same time, we sometimes thought that we did not have enough forces and resources in the eastern direction. And in the 1990s, only Vladivostok and Nakhodka remained under anti-aircraft missile cover.

Anti-aircraft missile regiments on Sakhalin and Kamchatka were restored only recently. But these forces are clearly not enough. We need to increase the contingent. The Far East is a priority area, there is direct contact with the Americans, Japan is nearby, so it is necessary to increase air defense, the expert said. In addition to the long-range S-400, it is necessary to place modern medium-and short-range systems there, he believes. And such steps, in his opinion, will be taken in the future.

The idea of the possibility of a blockade of the Kuril Islands was expressed in the media yesterday by Japanese political scientist and former diplomat Akio Kawatao. At the same time, he admits that one should not rush to implement this scenario.

The most expensive project in the new millennium for the development of the Japanese Self-Defense Forces was the aviation renewal program. Last summer, the United States approved the sale of a batch of more than a hundred fifth-generation F-35 stealth fighters. The deal will cost a record $23 billion, with 63 new aircraft ordered in the conventional land version, and 42 in the F-35B STOVL version. These are capable of taking off from a short runway and landing vertically, including on ships.

Japan will be able to use the F-35B from its two huge Izumo-class helicopter destroyers. In fact, for the first time since the Second World War, the country will again have aircraft carriers at its disposal. The U.S. Marine Corps and Navy are already adapting their multi-purpose landing craft to accommodate 15-20 of these fighters, if necessary. The United Kingdom also chose them to equip its aircraft carrier. 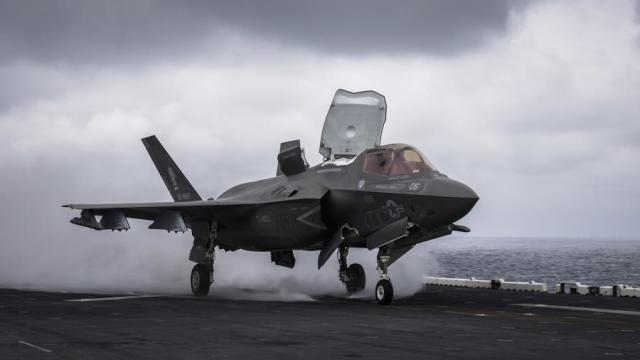 Opposite the southern Kuril Islands is the island of Hokkaido — a large concentration of air bases in Japan. You can quickly deploy any version of the F-35 there.

To equip the new fighters, the Japanese government ordered a large batch of Joint Strike Missile cruise missiles with a range of up to 500 km from Norway. Not only the disputed archipelagos, but also the continental territories of North Korea and other neighboring countries will be within range of the aircraft armed with them.

In addition to the active re-equipment of military equipment, Japan is gradually easing self-restrictions on the use of Self-Defense Forces outside the country, which in the future will be able to turn them into a full-fledged army. In 2015, the laws were amended to allow the use of these forces to protect allies abroad. In 2018, the first amphibious rapid deployment brigade was formed. In fact, we are talking about the restoration of the Marine Corps in the country. However, it is based near the disputed Senkaku Islands with China, and not near the Kuril Islands.

At the end of February 2021, the regiment of S-400 Triumph anti-aircraft missile systems, reinforced with the Pantsir-S missile and gun systems, took up combat duty on Sakhalin for the first time. This was a clear demonstration of the strengthening of the air defense of Sakhalin and Primorye. All three regiments of the 25th Air Defense Division covering the region, including the cities of Khabarovsk and Komsomolsk-on-Amur, have switched to this modern weapon.

This combination is perfectly adapted for intercepting subsonic cruise missiles, especially when they are used at full range, when the munition is climbed to a high altitude to save fuel and is clearly visible on radars. The ability to reliably detect American stealth aircraft has also been announced for new Russian air defense systems.

Earlier, both regiments defending Vladivostok, the main naval base of the Pacific Fleet, and the city of Nakhodka were re-equipped with the Triumphs, which have a range of up to 400 km.

Since the end of last year, the upgraded S-300V4 air defense system has also been deployed in the Kuril Islands. A brigade armed with them had been formed in Birobidzhan shortly before. First, the equipment was sent to the islands as part of a rapid deployment exercise, and then the military reported that it was on combat duty. 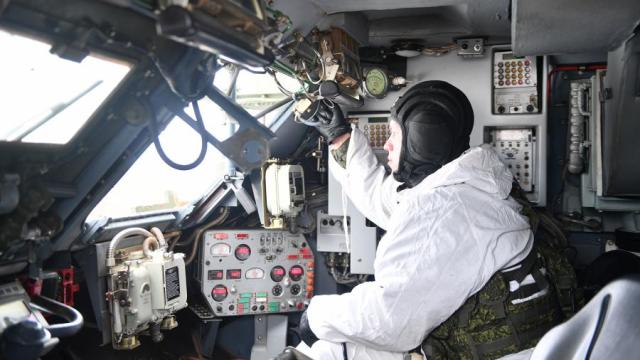 In addition, the Kuril Islands and Sakhalin have less long-range air defense systems of the army Corps. According to the Ministry of Defense, it is armed with the Tor-M2U and Tunguska-M complexes.

An air defense command post is located in Yuzhno-Sakhalinsk, which will coordinate the work of fighters and anti-aircraft gunners. The newest Su-35s have been on duty at the airfields of Iturup Island since 2018. Their first deployment caused a sharp reaction from Japan, which was ignored. In 2019, the unit was inspected by Dmitry Medvedev, who was then Prime Minister. On satellite images of the Kuril Ridge, you can still see the duty link of modern combat vehicles.