"The world will change": how the Russian army will fight in the coming years 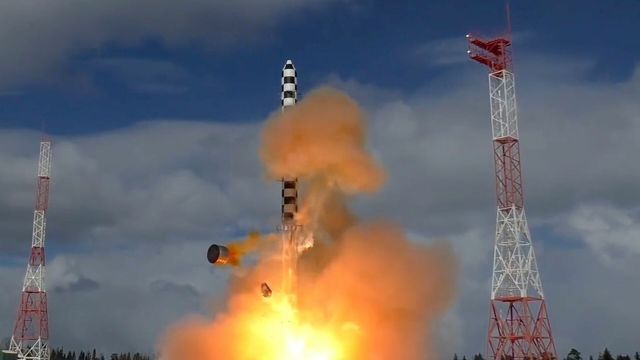 MOSCOW, January 5-RIA Novosti, Nikolai Protopopov. The Ministry of Defense annually orders thousands of units of modern military equipment, the development and improvement of weapons continues constantly. Already in the near future, the military will receive a unique weapon based on other physical principles-sometimes as if from science fiction films. About the most interesting and expected new products - in the material of RIA Novosti.

The advanced long-range intercept aircraft system (PAK DP)will replace the supersonic MiG-31 interceptor. Work on this project began in 2017. Designers offer several options for the DP package. But it is already clear that the aircraft will be faster, more maneuverable, with more powerful strike capabilities.

Creating a completely new combat aviation complex is not a quick process. According to experts, the PDP will take at least another ten years to complete. By that time, the thirty-first's life cycle will have just finished.

The promising interceptor will receive the latest electronic equipment, and most of the tasks in the management of the machine will take over artificial intelligence. In addition, the aircraft will be able to carry more weapons, it will be easier and more invisible to radars due to the use of composite materials.

Another aircraft of the future is the advanced long-range aviation complex (PAK DA), which should replace the Tu-95 and Tu-160 strategic bombers, as well as the Tu-22M3 long-range bombers.

At the end of December, it was reported that the first prototype engine for the new missile carrier has already been manufactured in "iron" and is being assembled. In parallel, several more power plants are being assembled. They will be tested both on stands and as part of a flying laboratory. 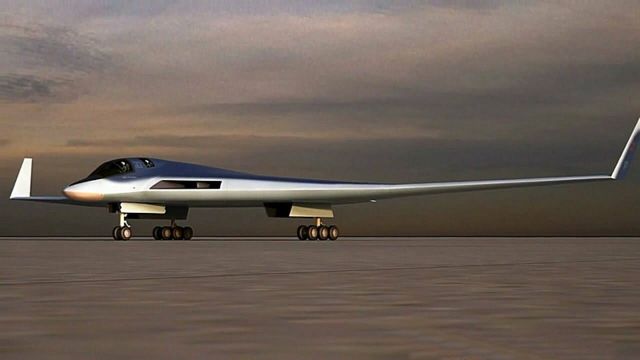 Structurally, the PAK DA is implemented according to the "flying wing" scheme, with stealth technologies. It is known that the "strategist" will be able to stay in the air for up to 30 hours and overcome tens of thousands of kilometers. We have not yet decided whether to make the missile carrier supersonic or subsonic, but it will definitely be equipped with the most advanced radio electronics and automation.

It is noteworthy that heavy attack drones can enter service with the VKS even a little earlier than manned ones. So, the latest UAV S-70 "Hunter" has already performed several flights, including as a fighter-interceptor. At the same time, the device operated in close conjunction with the fifth-generation Su-57 fighter. And in 2021, combat missiles will be launched at air targets. Deliveries of the "Hunter" to the troops are planned for 2024. 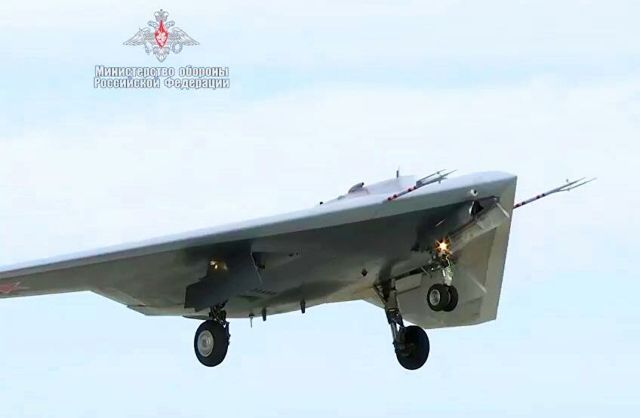 Image source: © Ministry of Defense of the Russian Federation

One of the most anticipated developments for the Russian Navy is the Poseidon underwater vehicle. The project is of great concern to the United States, as with the adoption of this drone, their powerful missile defense risks being completely useless.

After delivery to a certain area of the World Ocean, the drone leaves the submarine and goes into autonomous navigation. It has a nuclear power plant, so the range is not limited. The routes are the most unpredictable. Under water, the Poseidon moves much faster than submarines and can dive to a depth of more than a kilometer. Warhead-conventional or nuclear. The drone can work both on large enemy ships and on the coast. The warhead, which is estimated to have a capacity of 100 kilotons, will cause irreparable damage to any coastal State.

Earlier, the Defense Ministry reported that the Russian Navy is testing the Poseidon carrier submarine-the Belgorod nuclear submarine. It was built for cruise missiles, but then converted to a drone. When "Poseidon" will be adopted, it is not known exactly. However, a source in the defense industry previously told RIA Novosti that the tests of the carrier will last until the end of 2021. Then the submarine will be prepared for transfer to the Navy. 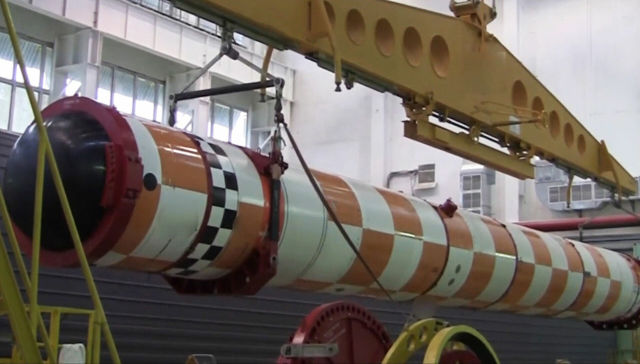 Field tests of the Poseidon complex"

Image source: © RIA Novosti / Press Service of the Ministry of Defense of the Russian Federation

Another major project being implemented in the interests of the Navy is the multi — purpose nuclear submarines of the fifth generation "Husky". Their main purpose is to counter the American strategic submarines of the class "Ohio" and "Columbia", as well as aircraft carrier groups. There are two versions of this type of submarine-armed with anti-submarine cruise missiles "Caliber "and hypersonic anti-ship"Zircons".

According to experts, the laying of the lead ship of the series will take place after 2025, and its construction will take into account the experience of developing submarines of the Yasen and Borey-M projects. 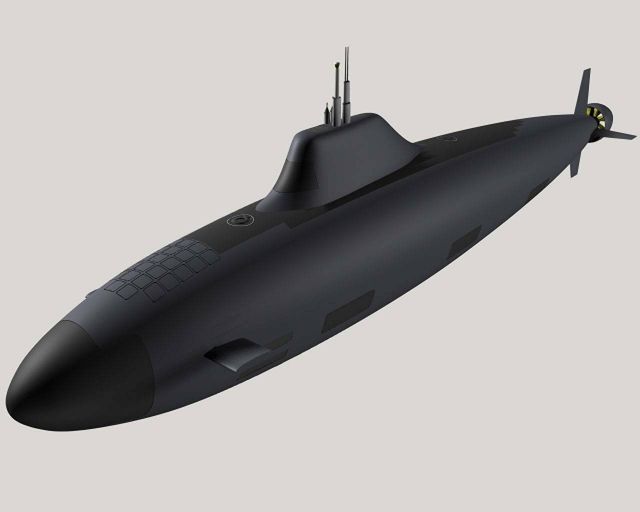 From "Petrel" to " Prometheus"

There are a lot of interesting things on the rocket theme.

In particular, work is being completed on the project of a heavy intercontinental ballistic missile RS-28 "Sarmat", which will replace the most powerful nuclear complex in the world R-36M2"Voevoda". Flight tests will begin in the near future — it is expected that the complex will take up combat duty in 2022.

The main feature of the Sarmat is the ability to strike both through the North and South Poles. The range of fire is 18 thousand kilometers. A two-hundred-ton missile can simultaneously throw up to 15 warheads with a capacity of 750 kilotons each to another continent. At the same time, the ICBM will be equipped with the latest hypersonic planning unit "Avangard". Experts believe that the RS-28 will "pull" up to four such high-speed "gliders".

Recall that "avant-garde" is already in use. The first regiment went on combat duty in the Orenburg region in 2019. Carriers are ICBMs UR-100N, capable of taking only one block. Thanks to the huge speed-25 thousand kilometers per hour - "Vanguards" are almost invulnerable to modern missile defense systems. In addition, the block is maneuvering and it is impossible to predict its trajectory.

Another strategic strike complex of the future is the Burevestnik. This is a low-flying cruise missile with a nuclear power plant of unlimited range. Its characteristics allow you to lay routes that bypass all areas of the missile defense system. 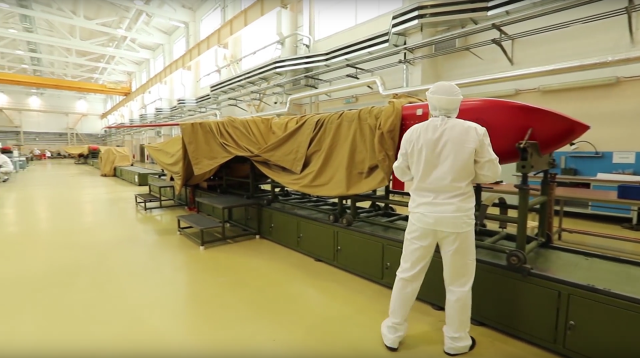 The air defense forces will be replenished with the promising S-500 Prometheus anti-aircraft system. Now it is undergoing state tests, mass production and deliveries to the troops are planned for the coming years. The range of the S-500 is about 600 kilometers. "Prometheus" solves the problems of both air and missile defense, is able to intercept targets even in space. At the same time, it fires at dozens of objects flying at a speed of seven kilometers per second.

In addition, the Russian air defense system will be strengthened by a unique laser complex "Peresvet". Fundamentally new weapons are designed to disable satellites, unmanned aerial vehicles, impact on the equipment of missiles and pilots of aircraft or helicopters. Since December 2018, Peresvet has been on experimental combat duty and is used to cover mobile missile systems.

This is not the only combat laser designed for the Russian army. As Deputy Defense Minister Alexey Krivoruchko said in late December, other systems are being developed to combat drones, optoelectronic and radio-electronic means of the enemy. 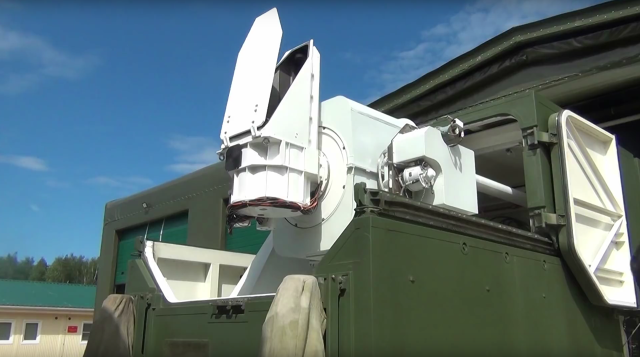 Image source: © Ministry of Defense of the Russian Federation