The technological revolution will not eliminate the human factor 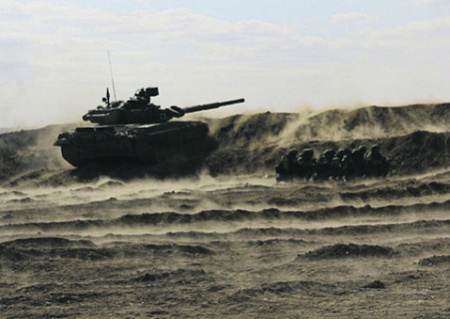 The center for analysis of strategies and technologies (cast) held for the third time a very productive and very informative conference "Ogarkov readings". Marshal of the Soviet Union Nikolai Ogarkov, in his landmark article in the red star in 1984, launched a discussion about the revolution in military Affairs, which then, as usual, was attributed to experts from the Pentagon. Former Deputy Minister of defense of Norway (2005-2009) Sverre Dizen, paying tribute to Marshal Ogarkov, noted several important trends that determine the development of modern armed forces, as well as the strategy of their application in the report "the Impact of modern technologies on military Affairs" at the cast conference. All the theses presented in relation to military technologies and their application do not cause fundamental contradictions, with the exception of the human factor that has fallen out of the context, which, however, is characteristic of Western military thought.

Any Western concepts in military Affairs are based on military-technical superiority. In this case, as rightly pointed out by the author of the report, "many of the earlier presented to the media weapons (including precision) the requirements necessary to deliver the warhead to the target, now apply directly to the weapons and describe their capabilities."

But this is true for a chess game. After all, it turns out that the number of troops on the battlefield does not matter, it is important what will be the power of missiles fired to defeat enemy forces that these troops have not seen. But then the question arises: maybe there is no point in these troops? Is it easier to use unmanned aerial vehicles( UAVs), long-range artillery, multiple rocket launchers, cyber warfare systems, supercomputers and artificial intelligence?

Next, the thesis about drones is logical. It is quite fair to say that the price of a modern combat helicopter capable of carrying 6-8 anti-tank guided missiles is approximately $ 50 million, not counting the cost of the missiles themselves; while a drone capable of detecting and destroying a tank with standard means of destruction costs about $ 500. In other words, for the price of one helicopter, you can buy 100 thousand such drones. But 100 thousand trained only one function of the militia (for example, " bayonet!") can not replace one small task force of special forces when performing a delicate task.

At the initial stage of the current Karabakh war, Turkish drones at some point tried (with the help of their operators) to play a crucial role in achieving the seemingly obvious success of the Azerbaijani army, but this did not happen due to objective factors. The commanders of the Armenian units and formations in Nagorno-Karabakh, quickly realizing the futility of direct opposition to massive UAV attacks, due to the inability to create a relatively deep-echeloned air defense, simply learned to hide from them, and then deal sensitive blows to the enemy.

It should be noted that during the Libyan civil war in 2011, units loyal to Muammar Gaddafi also quickly worked out the tactics of countering UAVs and allied air intelligence. They simply hid the equipment in the urban suburbs until the moment of the rebels ' offensive, and then brought it out in fact on direct fire.

So the value of the drone as a new tool for achieving success on the battlefield is certainly high, but it can not be called decisive. In addition, the remote operator factor remains important. Since he does not conduct a classic air battle, but seems to be playing a computer game, it is quite easy for him to commit a war crime (shoot a wedding or bomb a hospital), which is often done by American UAV operators.

Mr. Diesen's definition of UAV prospects is directly proportional to his definition of the fate of tanks in modern warfare. "The main battle tank as a type of weapon is on the verge of its evolutionary decline, it goes without saying that the entire concept of combat use of armored and mechanized troops, as we know it today, is at the same stage."

This is even more controversial when you consider that the tank component has always determined the land viability of any armed forces. Otherwise, how to explain the emergence of the Franco-German Main Ground Combat System (MGCS) project to create a promising fourth-generation tank. After all, this is the answer to the breakthrough Russian main battle tank T-14 "Armata". And if many politicians in the West do not see the military value in this, at least they see an absolute military-political need not to give Russia superiority in the tank industry, and some are already trying to build a political career on this.

Another thing is that the author of the report is absolutely right: the fighting in Iraq, Lebanon, Afghanistan, South Ossetia, Donbass and Syria (the war in Nagorno – Karabakh is not yet a subject of reflection) brought to the fore the maximum increase in the protection of the combat vehicle and the strengthening of means of fighting the enemy's infantry.

This happened against the background of tank decadence in the West. The military-industrial complexes of the Western powers did not develop new types of tanks, mass production of existing types was stopped, and the tank fleets of NATO countries were gradually reduced. At the same time, the wars of the twenty-FIRST century have shown that the main battle tanks (MBT), thanks to a combination of high firepower, good security and mobility, retain the position of the main striking force of the ground forces and the decisive (along with aviation) means of a successful outcome of combat operations. A new stage in the development of heavy armored vehicles started when it began to adapt to the conditions of urban warfare. Therefore, to discount the OBT is at least reckless.

Moreover, it is worth noting that the massive use of armored and mechanized troops in their classic form is still possible. Some episodes of such "classics" took place in the Donbass in 2014.

But "control of the higher elements" characterized rather wars and conflicts up to the Napoleonic era, when the commander comfortably watched the battle from a hill or some other elevation. Now the surveillance systems allow him to control the troops, including at a serious distance. There are different ways to assess the management of Russian troops during the war in South Ossetia in 2008,but this is basically what happened. By mobile phone. After all, managing troops without visual reference to the terrain is a concept of net – metric warfare.

But the essence of the concept described by Mr. Dizen is to abandon "elevated positions", concentrate funds (not forces) in closed positions – in the lowlands and on the plains – and apply fire strikes with these means to the enemy with the support of UAVs. In other words, the human factor is completely excluded. But even a territory scorched by artillery fire and carpet bombing needs an infantryman's boot. As long as the territory is not occupied by troops, it cannot be considered demilitarized, liberated, or occupied.

Scientific and technological progress will lead to a breakthrough in the most important military areas, the author of the report believes, and over the next decade will change the composition and structure of the armed forces, methods and forms of military operations.

We are talking about guided missile weapons and their guidance systems, Autonomous (robotic) systems in all areas of armed struggle, the use of artificial intelligence in providing command and control of troops( forces), technology for processing large amounts of data and supercomputers. Once again, the robotization of the military process comes to the fore.

But this discussion is a rather pointless argument about the commander of the future – is it a robot, is it a human, or is it a complex decision-making system written in coded code, armed with the most modern means. If we take it as an axiom that any military decision is based on certain rules (the Charter, military doctrine, UN conventions, etc., etc.), but with human error (the initiative of the commander or his inaction), then we must admit that artificial intelligence cannot solve a military problem, taking into account geographical, psychological, historical and other factors that are not amenable to mathematical or military-drill calculation in a particular theater of operations (theater of operations).

There is an easier way-to recognize that the shortest distance between two points is a straight line, and in this case, artificial intelligence determines everything. But the one who fought will speak out against it, and he knows for sure that "normal heroes always go around", and walking in a straight line is a guarantee of the death of the unit's personnel. This, by the way, is confirmed by the events in Nagorno-Karabakh: any direct actions of the command of the Azerbaijani forces lead to tactical defeats. All the main previous successes were based on probing tactics: reconnaissance by combat, mainly by special forces, revealed enemy positions, then a powerful rocket and artillery strike was launched on the squares in order to completely clear the area.

Ivan Pavlovich Konovalov-development Director of The Foundation for the promotion of technologies of the XXI century.

The rights to this material belong to Независимое военное обозрение
The material is placed by the copyright holder in the public domain
Страны
Азербайджан
Армения
Афганистан
Германия
Ирак
Ливан
Ливия
Норвегия
Россия
Сирия
США
Турция
Южная Осетия
Продукция
MGCS
Армата
Компании
ООН
Проекты
AI
NATO
БПЛА
ИТ
Робот
Do you want to leave a comment? Register and/or Log in
Log in via Facebook
In the USA, they were surprised by the size of the Su-75
Шойгу счел необходимым построить в России еще несколько крупных городов
Россия получит авиационное преимущество над ЕС и США
Ukraine has upgraded the commander's tank
The Ministry of Defense of the Russian Federation is preparing to adopt a new "Shell" and a fighter drone "Derivation"
Russia has collected archival information about the service and life of all generals from 1917 to 2020
Так ли все плохо с Тихоокеанским флотом
How to return the US fear of Russian Naval aviation
«Концепция сетецентрической войны родилась в СССР, а развитие получила в США"
French special forces are preparing to fly on "jet skates"
США оставили биологическое оружие Талибану
The Permanent Representative of the Russian Federation to international organizations in Vienna Ulyanov called the refusal of AUKUS to provide data on the union abnormal
The United States admitted that they dropped the fuel tank from the F-16 aircraft on a Japanese village due to an emergency situation
«Бастион» для «Циркона». Куда приземлят гиперзвуковую ракету
Доездился: Илону Маску грозит финансовый крах
other topics discussed
2006-2021 © ВПК.name. All rights reserved.
When reprinting, link to ВПК.name required.
User agreement.
№ 21-PP in the register of information distributors.
18+
Website hosting: TimeWeb.