How Russia lost in the second Karabakh war

On the night of November 9-10, the second Karabakh war ended with a heavy - if not crushing-defeat of the Armenian side. The agreement is actually an Armenian capitulation, which became inevitable after the loss of Shusha. If the fighting continued, the situation for Yerevan would become worse, and the conditions for final surrender would become more disastrous and humiliating. This is written by the Deputy Director Of the center for analysis of strategies and technologies (cast) Konstantin Makiyenko in the Vedomosti newspaper. 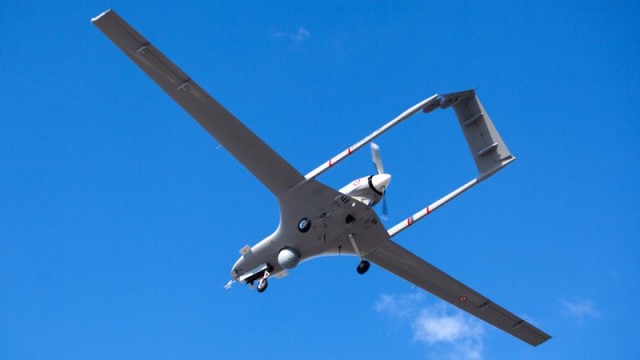 The entity that remains of the former independent Artsakh for a quarter of a century resembles Czechoslovakia after the occupation of the Sudetenland, and its security and the safety of the few brave souls who remain in this territory will now depend exclusively on Russian peacekeepers. As in the case of the Nazis, who in a short time completed the liquidation of the amputated Czechoslovakia, the Turkish-Azerbaijani Alliance will complete the work started in 2020 in five years. Or even earlier, if Azerbaijani generals and their Turkish colleagues decide that Ilham Aliyev, who graduated from MGIMO, speaks fluent Russian and pursues an overly balanced policy, is an obstacle to the implementation of the Ottoman and pan-Turkic projects.

Why is this bad for Russia

The geopolitical consequences of the second Karabakh war are disastrous not only for Armenia, but also for Russia. Behind a thin veil of deceptive foreign policy as if the triumph of a successful mediation and to enter peacekeepers in the region (or hostages?) - very soon the harsh reality will appear. And it is that Moscow's influence in the Transcaucasus has sharply decreased, and the prestige of the successful and pugnacious Turkey, on the contrary, has increased enormously. In fact, why should Baku continue its balanced policy of balancing the three Imperial Nations-Russia, Turkey, and Iran - that have been the main players here for the past three centuries? The main national task-the return of the territories lost in 1994-has been solved, direct communication with Turkey is provided, and now you can speak to the Russians in a completely different tone.

The balance of influence in the Turkic-speaking republics of Central Asia will also change dramatically in favor of Ankara. The client and ally of the Russians was the loser. The Turkish ally won convincingly. Isn't this a reason to wonder which project - post - Soviet integration or pan-Turkic revival-is more promising? There is no doubt that Turkic nationalist and separatist groups are becoming more active in Russia itself. The Ukrainian revanchists also received a powerful motivating incentive, and they will, of course, always try the Karabakh scenario 2020 on the situation in the Donbas.

How did Azerbaijan win

If we consider the second Karabakh war as a foreign policy and military operation, I will assume that this is the most beautiful such operation in the XXI century after, perhaps, Vladimir Putin's Crimean impromptu. Moreover, even from a narrow military-technical point of view, we witnessed, if not a coup, then at least a proto-revolution. Its essence is in a completely new role of UAVs and barrage ammunition (kamikaze drones). the main factor in the spectacular success of the Azerbaijani army is its undisputed air supremacy. The novelty, however, lies in the fact that this dominance was achieved by means of unmanned aircraft, not manned.

In General, over the past year, it has been repeatedly demonstrated that UAVs can solve problems even at the strategic level. In September last year, an attack by primitive Houthi drones removed 5 million barrels of daily Saudi oil production from the market for several months (albeit for a short time). In January and February of this year, Turkish UAVs played a key role in repelling the Syrian army's offensive in Idlib, and then achieved operational-level results in Libya, where field Marshal Khalifa Haftar, who went from one victory to another all his life, was pushed back from Tripoli. But all these were very peculiar cases: at least one (and in the Libyan case, both) of the parties to the conflict was represented by sub-state actors, and the drones operated almost in polygon conditions in terms of terrain and enemy air defense density.

Now we have witnessed the use of UAVs in the war of two regular armies and in conditions including mountainous and wooded areas. The Armenians, of course, did not have an air defense system, but only some of its elements. But still, among the latter, there were quite modern samples, which, however, could not resist the systemic influence of the enemy. As a result, by the end of the second week of military operations, the Azerbaijanis recreated the situation in the summer of 1941, when the Messerschmitts were chasing individual Soviet lorries. It seems that the same hunt for literally every fire weapon and every group of Armenian fighters was conducted by Azerbaijani UAVs. It was at the moment when the feeling of hopelessness generated by the total unmanned domination of the enemy in the air engulfed the Armenian forces that the front began to crumble. The unmanned operation carried out by the Azerbaijanis is probably not yet December 7, 1941 in pearl Harbor, but exactly November 12, 1940 in Taranto.

At the same time, let us assume that this operation, judging by the style, was not planned by the Azerbaijanis or even the Turks. And the good friends of the Armenian people, the Israelis, who pursue not only commercial, but also geopolitical goals. Tel Aviv has long dreamed of using Azerbaijani territory to conduct its own intelligence and sabotage operations against Iran. So far, Baku has refused to do this. But, who knows, maybe in return for the valuable service of organizing the beating of the Armenian troops, this time the Israelis will get what they want.

The main lesson that Moscow should learn from the tragedy: never, never, never underestimate the enemy. I do not know how our military assesses, for example, the Armed forces of Ukraine, but in the" expert " environment and in General in public opinion, there is a condescending and ironic attitude towards the Ukrainian army. This point of view is especially popular among the regulars of magic "political" talk shows on Federal channels. Meanwhile, the Ukrainian army is no longer the same as it was in Ilovaysk and Debaltseve, it firmly owns the tactical initiative, and the Ukrainian special services are methodically destroying the heroes of the Russian spring not only in the DPR and LPR, but also in Russia itself. However, the average Russian is still convinced of the squalor and low combat capability of the Ukrainian army.

Such illusions are very dangerous and fraught with bitter surprises. The Ukrainian military, even if only in small numbers, already has weapons systems that the Russians do not have. These are third-generation anti-tank missile systems and kamikaze drones. And soon the Bayraktar TB2 attack and reconnaissance UAVs ordered in Turkey will arrive. Meanwhile, the Russian army does not yet have any barrage ammunition or attack UAVs, although all military practice in recent years screams about their need.

The Armenian catastrophe of 2020 should serve as a lesson for others, so that we don't have to wait for such a lesson to come to us.

САА хотя бы в окружениях посидела и поотбивалась, эти Шушу просто всрали без каких-то оправданий - городок практически цел.
+2
Inform
Do you want to leave a comment? Register and/or Log in
Log in via Facebook
The Permanent Representative of the Russian Federation to international organizations in Vienna Ulyanov called the refusal of AUKUS to provide data on the union abnormal
The United States agrees with Stoltenberg on the inadmissibility of Russia's influence in the issue of NATO expansion
In the USA, it was proposed to ban "Solntsepeki" and "Pinocchio"
Putin signed the law on the powers of Roscosmos in the field of infrastructure construction
Korean aircraft carrier "won back" funding
Конфликты: Йемен - "забытая" война
The National Interest (США): российский танк Т-80 — это не шутка
In the USA, they were surprised by the size of the Su-75
Russia will offer India the technology of the Octopus tank
Шойгу счел необходимым построить в России еще несколько крупных городов
The State Duma appreciated the idea of banning the sale of grenades after the shooting at the MFC in Moscow
British military demanded $1.1 million for stuttering after Estonian frosts
Sasapost (Египет): американцы создают самый мощный лазер в истории. Что это значит?
Tank killer: the work of the PTKM-1R anti-roof mine was shown on video
Корпорация "Иркут" до конца 2018 года поставит ВКС РФ более 30 истребителей Су-30СМ
other topics discussed
2006-2021 © ВПК.name. All rights reserved.
When reprinting, link to ВПК.name required.
User agreement.
№ 21-PP in the register of information distributors.
18+
Website hosting: TimeWeb.