A terrible swarm. What is dangerous for a flock of drones for Russian tanks

Dmitry Litovkin, that can be contrasted with the impact of drones on the battlefield 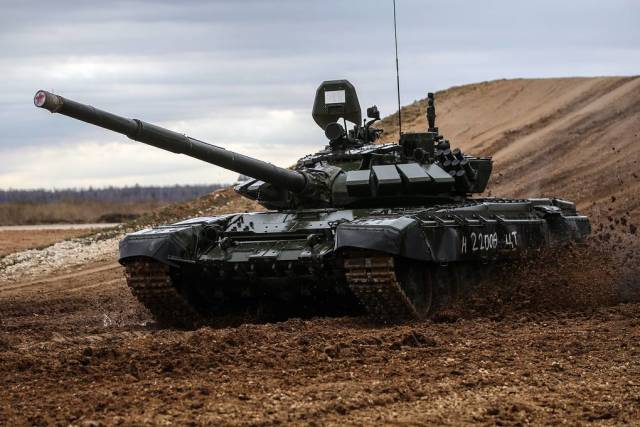 In the near future, Turkey will receive a drone allegedly capable of destroying a company of Russian t-72 or modern T-90 tanks in one flight. It will be an improved version of the Anka-s drone, which proved itself well during the fighting in Syria. Although using this machine, the Turkish military quite clearly showed the war of the future, where man's place is not in the trenches, and the remote control robots, these drones are not so simple, experts say, and the reasons for euphoria, not so much.

The operation of the Turkish military in the Syrian Idlib in March this year was the premiere demonstration of the new capabilities of the Turkish army. For the first time, the latest Bayraktar TB2 and multi-purpose TAI Anka drones were massively used. The Turkish military claimed that there were up to three group sorties a day. The video taken by drones proved their effectiveness: the devices easily found and destroyed targets on the ground. Turkish defense Minister Hulusi Akara proudly noted that the army destroyed more than 200 targets in one night alone. 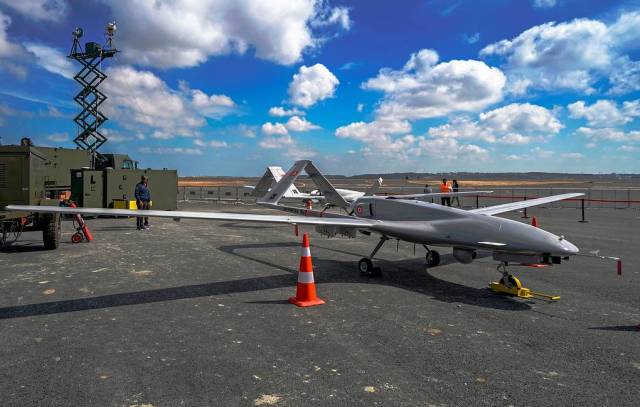 Against the background of the demonstration of the capabilities of drones, the idea that they can start a war and win without much loss has become fixed in the minds of some political leaders. It was also infected by Ukrainian Vladimir Zelensky. Most recently, he visited Ankara, where he signed an agreement on the intention to purchase 48 Bayraktar TB2 attack tactical drones from Turkey and start their joint production on the territory of his country. In 2019, Ukraine has already purchased attack drones from the Turkish company Baykar Makina. They were planned to be used in the Donbass. If at that time, in fact, nothing but fair and exhibition PR was behind them, then today, we have to admit, they have proven their effectiveness.

"Massacre of the innocents"

In fact, presented by some media as the "killer" of our T-72 and T-90, the TAI Aksungur unmanned attack aircraft developed by Turkish Aerospace Industries is even more impressive in its advantages than its predecessors. It can take on Board a long-range roketsan SOM cruise missile. The weight of its warhead is 230 kg. This more than serious warhead is able to break through the tank's armor with a high probability. But it is unlikely to destroy their company, as the media enthusiastically write.

The reason for this is very banal. Analysis of videos regularly delivered to the Internet by the Turkish defense Ministry from various conflict zones shows that drones are fighting with single, often unprotected targets. Zrpc "Pantsir-S" is either on the March, or is turned off under the canopy. Air defense systems "OSA" also do not work. There is no need to talk about tanks and other armored vehicles: they either stand or go somewhere slowly. The second point is that in all cases, the more high-tech opponent destroys the less prepared one. That's why everything looks like a biblical story with the beating of babies.

And if the opponent is more serious? For example, Russian, not export, namely our tanks are in position? And here you can already fantasize about the technological war of the future. Its main features: complete information overlap of the combat area with electronic warfare systems (EW), a deeply layered theater of operations air defense system( theater of operations missile defense), the presence of aircraft and attack helicopters over the battlefield, and on the ground - tanks in the company of self-propelled anti-aircraft artillery.

One in the field is not a warrior

EW is something that will globally make it impossible to use mass-scale attack drones. The communication channel with them is located instantly, since the car must not only be controlled, but the operator must also control its flight via a video channel, which is not so easy to hide on the air. If the car is not one, but several or a dozen-it will be like turning on the first channel of our television, transmitting a signal across the country in HD quality.

A lone kamikaze still has a chance to go unnoticed on the radio. But not for air defense systems. S-300/400, maybe, and miss it because of the insignificance of the target. But behind them are the Buk-M3 medium-range complexes. They can also keep quiet. But it's like a forest: the farther you go, the more Christmas trees there are. In the" more often "will wait for short-range, but omnivorous" tor-M3 "and zrpc" Pantsir-S1". And even if they are too lazy to strain, a fighter with a modern anti-aircraft missile system "Igla" or "willow" will be in position, which will receive target designation along the chain from all radars of more powerful systems and will be able to use a relatively inexpensive, but extremely effective means of destruction against the intruder.

What about the tanks? With them, in General, everything will be the same. If you carefully read the press releases of the Uralvagonzavod concern (part of the rostec group) - an enterprise that is one of the few in the world that mass - produces such equipment-they say that the "old" T-72, brought to the level of T-72B3 during modernization, have "all-Amur protection" from weapons of destruction. This means that their most vulnerable place today - the top of the tower - is covered with dynamic protection. About the T-90 and its most modern modification of the T-90MS, the latest T-14 "Armata", do not have to say. For them, this is an axiom, supported by the possibility of using smoke-metal charges that cover the battlefield for kilometers with an impenetrable curtain for optical means, under which it is almost impossible to find cars.

We are not afraid of a terrible swarm

But there is another secret to the survivability of a company of tanks. Even without all this multi-level and somewhat capricious air defense grouping. In the near future, the reincarnation of the legendary "hell thresher" ZSU-57 - "Derivation-air defense" will return to service. This is a new machine created on the basis of the BMP-3 and the AU-220M automatic combat 57-mm module. The unit fires 120 rounds per minute. It uses several types of ammunition, including remotely detonated and controlled ones. The car is equipped with modern optoelectronic surveillance systems, thanks to which it sees even the smallest drones. Well, their swarm will be dealt with by projectiles with remote detonation.

With such an intensity of fire, "Derivation-air defense" is able to literally put several dozen ammunition in a row at one point and instantly undermine them, after which a cloud of striking elements will erase the entire air force from the sky. The range of destruction of the complex's ammunition is comparable to the range of use of guided anti-tank missiles UMTAS with laser guidance, corrected planning high-precision aerial bombs Roketsan MAM-C and MAM-L, standing on the Turkish drones Bayraktar TB2, ANKA-S, Aksungur.

The AU-220M combat module exists today in several versions: for heavy tracked platforms, ships, infantry fighting vehicles BMP-3 or combat reconnaissance vehicles BRM-3K "Lynx". It also has an aviation version that allows us to create a so-called gunship. This is an analog of the American C-130 Hercules aircraft with an artillery battery of 30-mm and 105-mm guns placed on Board for direct support of ground forces on the battlefield. We create such a car on the basis of the an-12 military transport aircraft. May I ask, what is the connection between a flying fortress and drones? The answer is obvious - the destruction of their control points. These are, as a rule, trailers, which, like all any equipment in the area of combat operations, are located by their own reconnaissance drones, space surveillance equipment and are destroyed first of all.

You can speculate on the topic of future wars endlessly. Obviously, Turkey, as well as Israel with the Sky Striker and Harop killer robots (barrage ammunition), showed us one of the possible scenarios for their conduct. It is clear that in a medium-intensity military conflict against a poorly armed enemy, they are highly effective. But in any war, the result is achieved exclusively on the ground. Without a land operation, there will be no victory. This was also shown by the two American campaigns in Iraq, where in the first they actively fired Tomahawks, and in the second they were forced to send tanks to finally subdue Saddam Hussein. The same is happening in Syria, where our armed forces, not limited to airstrikes, are conducting ground operations together with government forces against the banned ISIL.

Moreover, there are other nuances. The illegal use of unmanned vehicles in relation to the method of conducting military conflicts has led a number of Western companies to stop supplying components for Turkish drones. The first to do this was the Austrian Rotax, a subsidiary of the canadian concern Bombardier. Next, sanctions against Ankara were imposed by the American company Viasat. These companies supplied Turkey with engines and communication channel equipment for drones. If we consider that Bayraktar TB2 is almost entirely made up of foreign components, is it worth being afraid of a "Turkish miracle"?