Satellite equipment will be assembled from domestic raw materials

With the introduction of Western sanctions, Russia's ability to form its orbital grouping will depend solely on its own design, technological and financial resources. Dmitry Rogozin, CEO of the Roscosmos State Corporation, announced plans to achieve full import independence of space instrumentation in a short time. 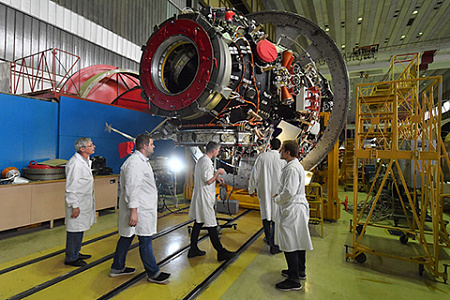 The main Russian processor manufacturer, Zelenograd "Micron" showed a net profit at the end of the year for the first time in the last 12 years. It amounted to 258 million rubles. The previous 11 years brought him losses of more than 19 billion rubles. 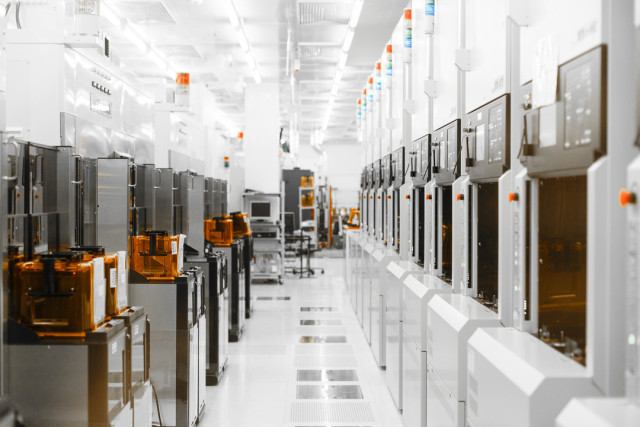 "This weapon does not kill, but burns out the electronics of enemy equipment"

What is unconventional weapons and whether they exist in Russia

The Russian army will soon be provided with unconventional types of weapons, including directed energy weapons, kinetic weapons, as well as control systems using artificial intelligence and robotic complexes. This was told to President Vladimir Putin by Deputy Prime Minister Yuri Borisov, who is responsible for the military-industrial complex. "Newspaper.Ru" figured out what it means. 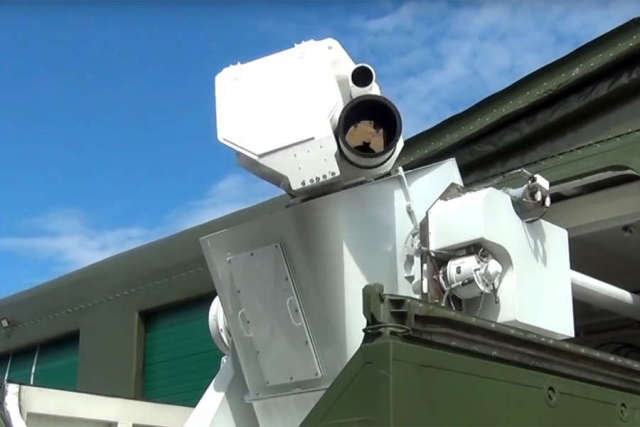 The Almaz-Antey Concern of East Kazakhstan Region, together with the government of St. Petersburg and cooperative enterprises, is creating a unique UAV flight monitoring system. 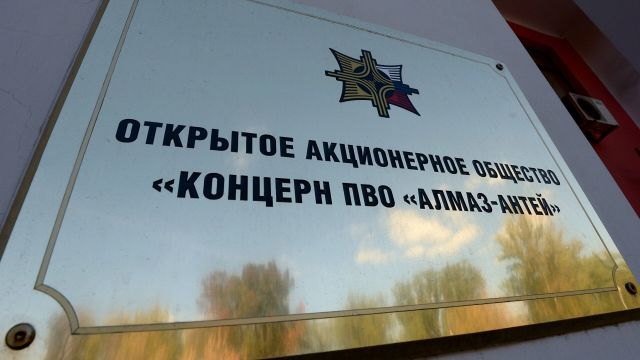 The Ministry of Economic Development has started collecting opinions and proposals from several dozen ministries, associations, banks, consortia and hardcore organizations on promising methods of state planning in the Russian radio-electronic industry. The Ministry of Economy is interested in their position on the elements of the 1969 Soviet regulation on the Ministry of Electronic Industry, as well as information on the previously applied methodology of the USSR State Planning Committee. 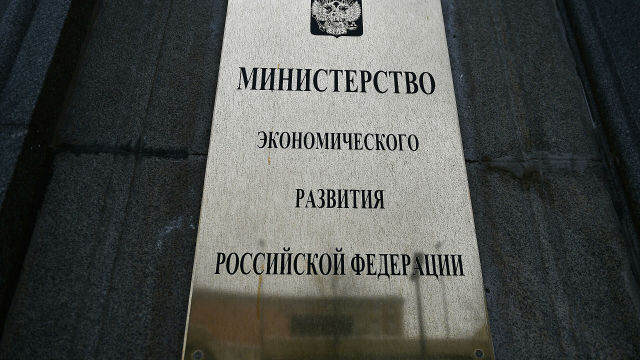 The founder of T-platforms, released from arrest on subscription, found a job at Rostec

Vsevolod Opanasenko, the founder of the T-Platform supercomputer company, who was recently released from arrest on his own recognizance, found a job at Rostec. Almost simultaneously, the Edelweiss company, which the market considers controlled by him, was headed by a top manager of the state corporation. 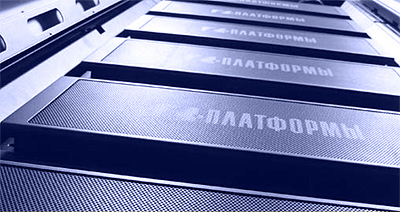 Keys to the sky: Missile defense and PKO troops were created 55 years ago

On March 30, 1967, by a directive of the General Staff of the USSR Armed Forces, anti-missile and Anti-Space Defense Troops were created as part of the country's air defense forces.

The original abbreviation of this type of troops looked like this: missile defense and PKO troops. The need for their appearance was dictated by a new military threat, namely, the adoption of long-range ballistic missiles by the countries of the probable enemy. 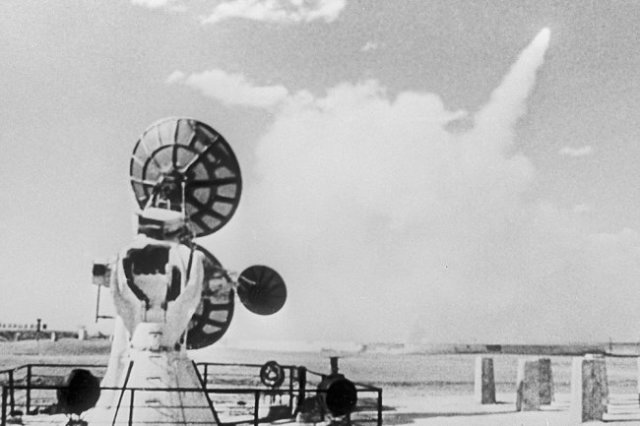 Washington, London and Berlin announced new arms supplies to Ukraine. This time we are talking about tanks, armored vehicles and anti-ship missiles. In this regard, the Federation Council stated the need for Moscow to take a decisive position on the supply of weapons to the conflict zone. How much will Western supplies strengthen the AFU and complicate Russia's special operation? 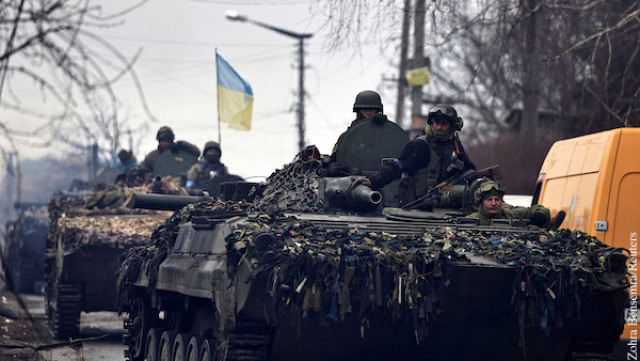 How fuel starvation will accelerate the defeat of the Ukrainian army

Russia destroyed the fuel storage facilities of the Kremenchug oil refinery with high-precision weapons. This is the last of the large oil refineries operating on the territory of Ukraine. In addition, military airfields in Poltava and Dnepropetrovsk were destroyed. Even if there is a strategic fuel reserve, the Ukrainian army will soon not be able to properly operate heavy equipment, which will affect the ability of the military to fight. 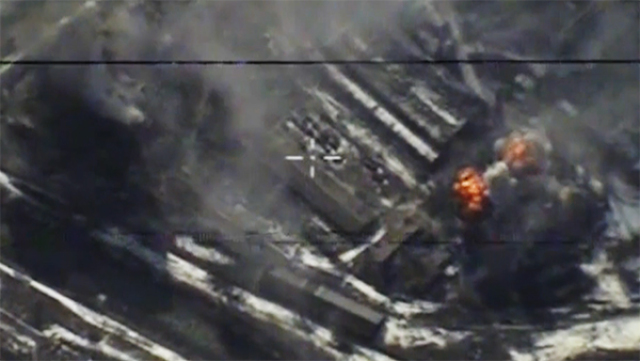 The presidential decree on measures to ensure the technological independence and security of the critical information infrastructure (CII) of the Russian Federation was signed and published on the official portal of legal information on Wednesday. 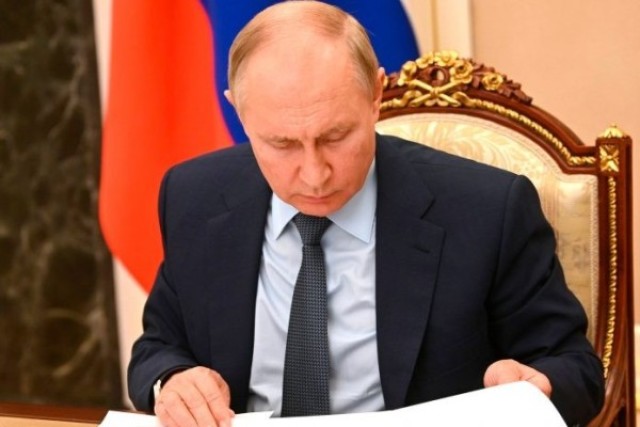 Russian Electronic Warfare: a look from the other side

There is no doubt that electronic warfare plays an important strategic role for the Russian Armed Forces. In this regard, we offer an article from the electronic magazine Global defense technology, which explores Russia's electronic warfare and its ability to support the country's defense capability. 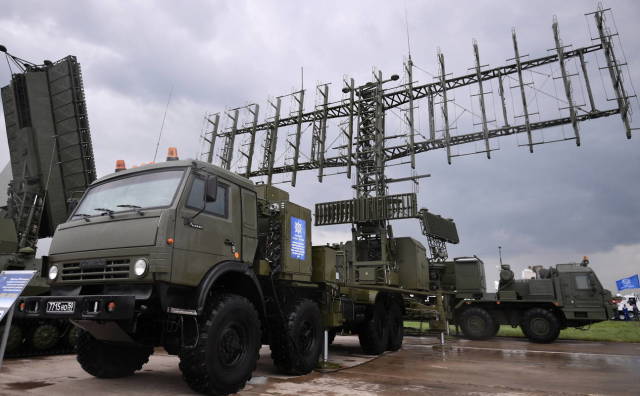 In Soviet times, being a place of storage of nuclear ammunition, "Object 711" was cut down in rocks at a depth of several tens of meters. 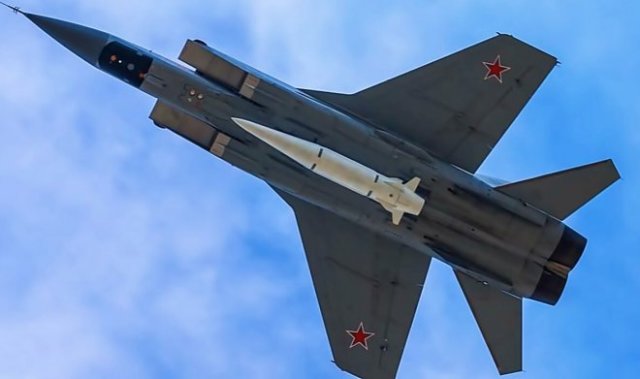 Evolution of the US Armed Forces 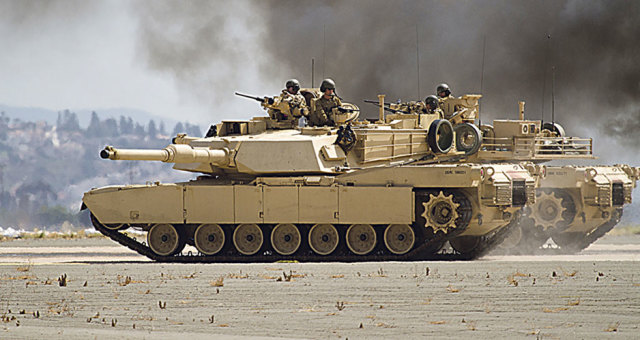 The American press with reference to the Pentagon: The use of missiles of the Armed Forces of the Russian Federation in Ukraine has broken US records

In the United States, the number of missile launches that were carried out by Russian troops during a special operation in Ukraine is monitored daily. As noted, this indicator has long reached "incredible values" and continues to grow, breaking all records of US military campaigns - and this despite the fact that the American army is traditionally guided by the doctrine of a massive missile strike when conducting large-scale military operations. 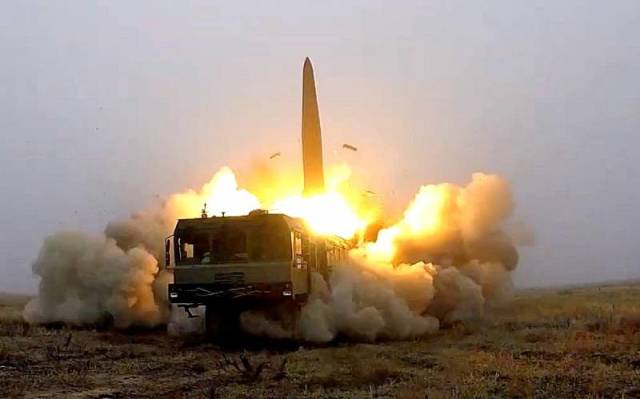 Leave without supplies: the Russian Armed Forces are destroying the military infrastructure of Ukraine

The Russian armed forces continue to strike at the military infrastructure of Ukraine. Sea-based Kalibr cruise missiles destroyed ammunition depots from which the Ukrainian group was supplied in the suburbs of Kiev. 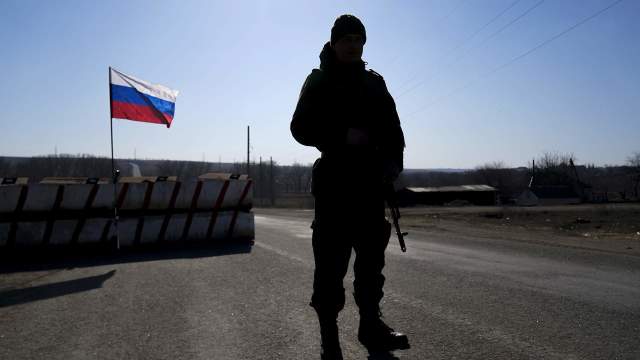 During a special military operation, the deputy commander of the Buk-M3 anti-aircraft missile battery, Vladimir, performs tasks to control the airspace in his area of responsibility. 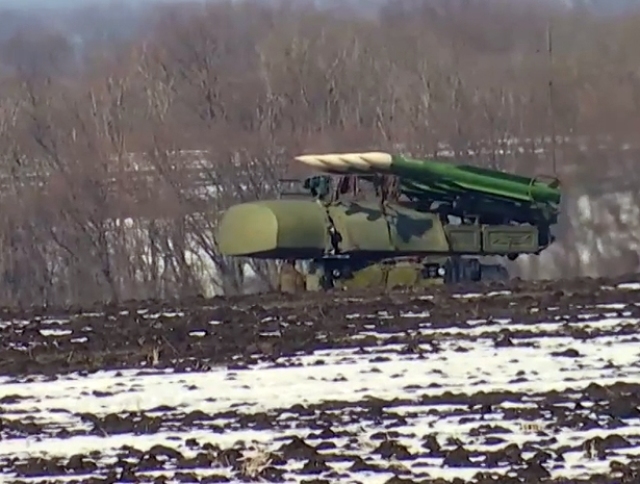 "This is a drone destroyer. The system allows the Buk to work from ambush"

The Russian Defense Ministry showed a video of the calculations of the Buk-M3 anti-aircraft missile system (SAM) and the Nebo-SV radar station (radar) during a special military operation in Ukraine. "Newspaper.Ru" figured out how these complexes work in pairs. 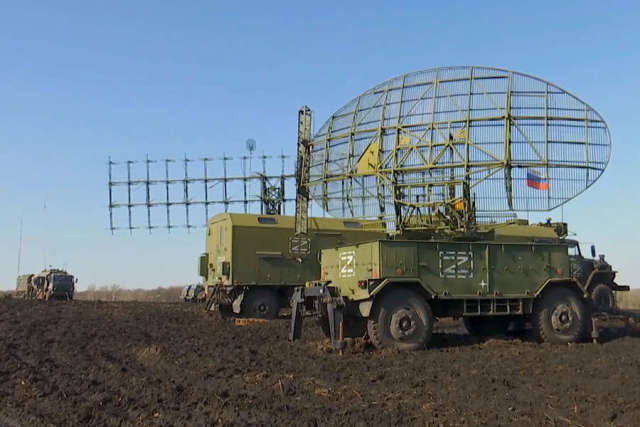 Monolithic integrated circuits (MIS) based on gallium nitride, capable of operating in extreme conditions, have been developed and manufactured at the V.G. Mokerov Institute of Ultrahigh Frequency Semiconductor Electronics of the Russian Academy of Sciences.

"All foreign partners continue to cooperate with our institute"

Partners of the Institute of System Programming of the Russian Academy of Sciences Samsung, Huawei, Bentley Systems have confirmed their plans for long-term cooperation, said in an interview with "Gazeta.Ru" Director of ISP RAS, academician Harutyun Avetisyan. 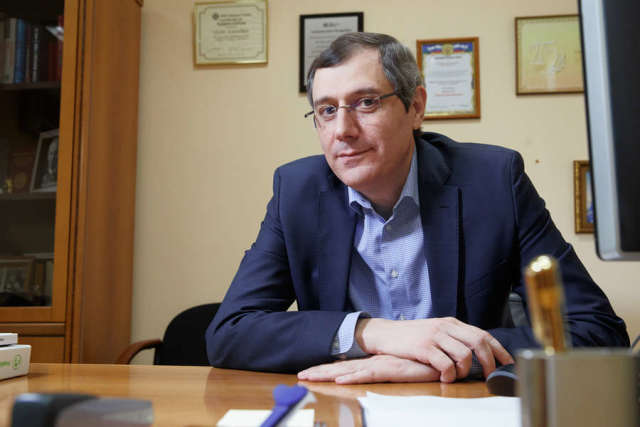 Sanctions prospects of microelectronics in Russia 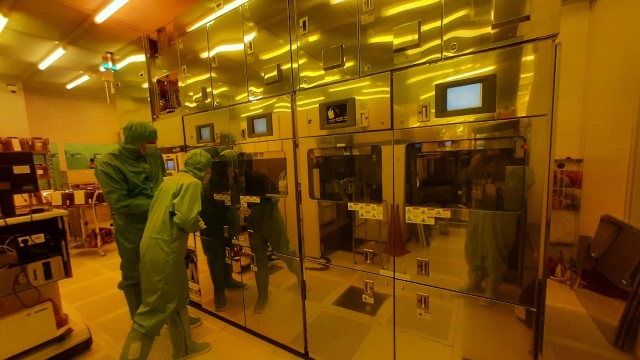