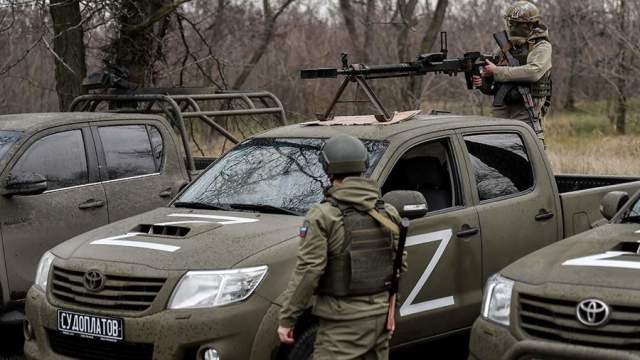 This was told by the Director General of the state corporation Sergey Chemezov.

In an interview with TASS, he said that enterprises are doing everything possible to increase the production of military products. According to him, employees work "in three or four shifts." The Defense Ministry regularly receives new batches of aviation equipment, armored vehicles, artillery systems, small arms, equipment and other products, Chemezov added.

The head of Rostec noted that the state corporation accounts for almost half of the entire state defense order of the country. At the same time, according to Chemezov, in recent years the performance has been at the level of almost 100%.

In addition, he said that in September, another batch of Su-35S fighters was transferred to the VKS, which were produced by the Komsomolsk-on-Amur Aviation Plant. Gagarin. The company is also expanding production to increase the production of Su-57 fighters. He noted that the 2022 fighters are almost ready and will soon be handed over to the customer.

Earlier, on November 16, Rostec announced the transfer of a batch of multiple launch rocket system (MLRS) combat vehicles to the Ministry of Defense of the Russian Federation "Tornado-G" and "Tornado-S". The vehicles are designed to defeat artillery and mortar batteries, air defense units, rear facilities and motorized infantry units of the enemy, as well as to defeat tactical missiles and military-industrial infrastructure.

On November 2, the head of the Kalashnikov holding, Alan Lushnikov, announced the start of deliveries of the latest unmanned aerial vehicles (UAVs) of the copter type to the Russian troops. According to Rostec, this drone is capable of operating in conditions of electronic countermeasures and flying in full radio silence.

The industrial director of the Rostec armament complex, Bekhan Ozdoev, said on October 31 that the modernized Russian self-propelled anti-tank missile system (ATGM) Kornet-D1 had passed the bulk of preliminary tests, and now preparations are underway for state tests.

Prior to that, on October 12, it became known that the Central Research Institute of Precision Engineering (TSNIITOCHMASH, part of the Kalashnikov concern) supplied the Ministry of Defense of the Russian Federation with a batch of optoelectronic counteraction ammunition that creates a masking aerosol curtain to protect cars and armored vehicles from precision weapons.

On September 20, Russian President Vladimir Putin demanded to increase the volume and reduce the production time at the enterprises of the military-industrial complex (MIC) of the country in the shortest possible period. Defense industry enterprises should ensure the delivery of the required equipment and weapons to the troops as soon as possible, he noted.