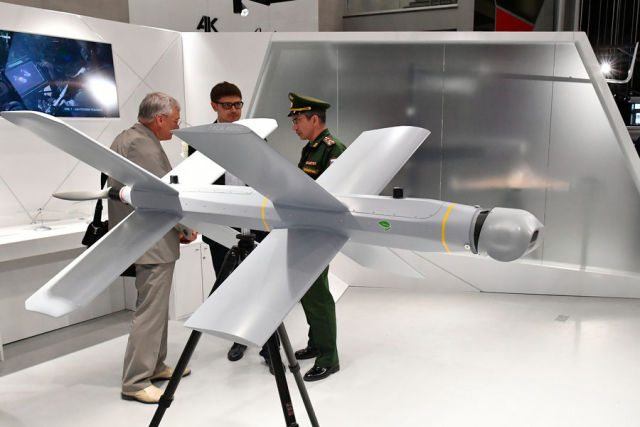 "Airfield-based drones are not our segment, colleagues from UZGA, Kronstadt are successfully engaged in them, a huge amount of effort has been invested there both from the customer and from the industry, and we do not plan to go there yet, to get fifth in line. We want to be number one in our niche," Lushnikov said in an interview with Kommersant newspaper.

He noted that Kalashnikov should develop a niche that it has already occupied - barrage ammunition and reconnaissance drones.

"We are constantly modernizing the operation of all our facilities and are in direct contact with the customer on this issue. And we are definitely drawing conclusions," Lushnikov said.

According to him, the Kalashnikov KUB and Lancet drones during the special operation in Ukraine show their best side, "but the customer who uses them should speak out with assessments."

The KUB-UAV barrage munition was developed at ZALA Aero (part of the Kalashnikov Group of Companies), in November 2021 it successfully passed state tests. In 2022, its serial deliveries to the Russian troops are planned.

The Kalashnikov concern's attack drones have been tested during the fighting in Syria, the head of Rostec, Sergey Chemezov, said in December 2020.

In 2019, Kalashnikov introduced the CUBE and Lancet kamikaze drones, developed by its subsidiary ZALA Aero. Such drones are also called "barrage ammunition" - in fact, it is a projectile that makes a long controlled flight over the battlefield and explodes after reaching the target.