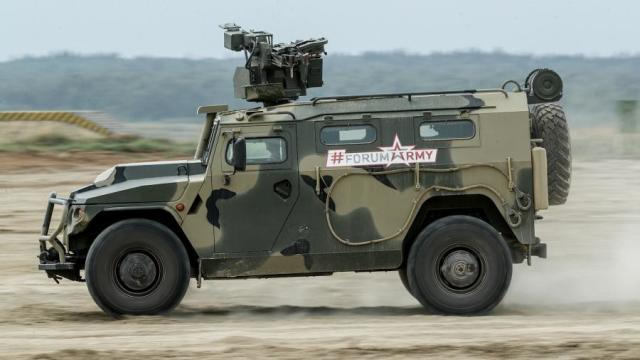 "In 2021, within the framework of the state defense order, the limited liability company Armory Workshops fully delivered 21 Tiger-M multipurpose vehicles with a remote-controlled combat module Arbalet-DM," he said during a single day of acceptance of military products, which was held on Thursday at the National Defense Control Center of the Russian Federation.

According to him, the cars have passed all types of control tests and meet the requirements of regulatory and technical documentation.

Maruyev noted that the placement of weapons outside the inhabited compartment of the machine allowed to increase the safety of the shooter, the effectiveness of hitting fire and vehicles, air targets and enemy personnel at any time of the day in motion and from the spot, as well as to use the released internal volume of the product to accommodate additional ammunition.

"The experience of military operation and combat use in the Syrian Arab Republic has confirmed the effectiveness and reliability of the car," the head of the company stressed.

Maruyev also said that at present, the "Weapons Workshops" have begun to fulfill the obligations of 2022.