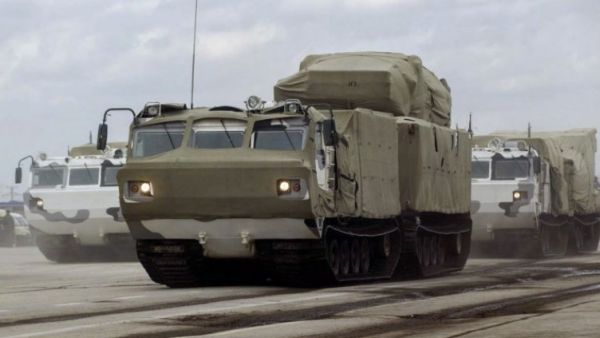 TSAMTO, January 12. The railway connections of the Eastern Military District, stationed in the Amur Region and the Khabarovsk Territory, received two-link DT-10P all-terrain vehicles in 2021.

The all-terrain vehicle is an articulated tracked vehicle designed to operate in extremely difficult climatic conditions and conditions of extreme temperatures. It can be operated in off-road conditions, on loose and unstable soils, virgin snow, forest roads.

The all-terrain vehicle belongs to the class of two-link tracked snowmobiles. The design of the machine combines increased load capacity, high maneuverability and cross-country ability.

All-terrain vehicles have an original layout. Two sealed all-metal links of the machine are connected to each other according to the trailer scheme. In the front case there is an all-terrain vehicle crew cabin, designed for 4-7 people. The cabin is equipped with autonomous heating and ventilation systems. A motor-transmission compartment and a cargo body covered with a tarpaulin awning are fixed behind the cabin, the press service of the Eastern Military District reports.