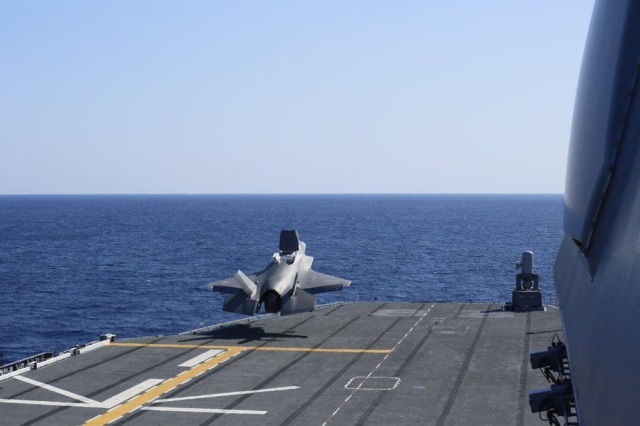 London. November 18. INTERFAX - The British military has launched an urgent operation to lift the fifth-generation F-35B Lightning II fighter jet that fell into the Mediterranean Sea in order to prevent its top-secret technologies from falling into the hands of Russia, the Daily Mirror newspaper reported on Thursday.

The newest fighter worth about $ 162 million fell into the sea on Wednesday shortly after taking off from the deck of the British aircraft carrier HMS Queen Elizabeth ("Queen Elizabeth") near the coast of Egypt. The pilot managed to eject. Eight British and ten American F-35B Lightning II fighters were based on board the aircraft carrier.

The location of the aircraft has already been determined. The depth in the area of the fighter crash in the international waters of the Mediterranean Sea reaches about 1.6 km.

Special rescue vessels and submarines are involved in the operation. The US military is also taking part in it.