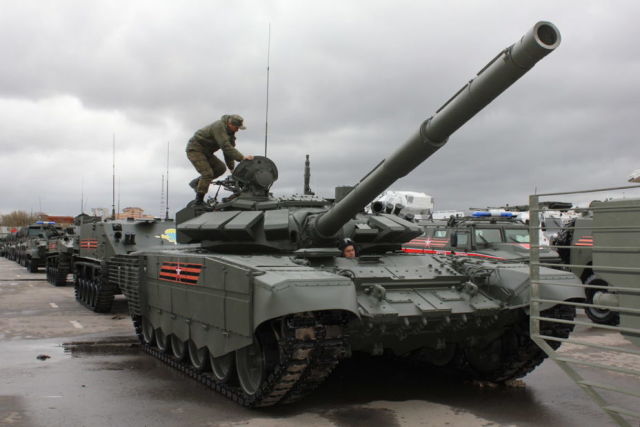 "About 100 units of armored weapons, including 30 T-72B3M tanks with improved combat characteristics, have been delivered to the formations and military units of the Central Military District since the beginning of this year. For today, we have completely re-equipped the tank battalion of the motorized rifle regiment of the tank division with the T-72B3M. By the end of the year, another 30 modern tanks will come to replace combat vehicles of earlier modifications of the tank battalion of the Russian military base in Tajikistan," Beglov said.

The press service of the Central Military District clarified that the T-72B3M tanks have increased the armor protection of the crew and the power plant through the use of modern means of active and passive protection. The tank is equipped with a gun with improved ballistics and increased resource, as well as a panoramic sight "Sosna-U" with a thermal imager installed at the workplace of the commander of the vehicle. Also, the combat vehicles are equipped with a new engine and a noise-proof communication system "Aqueduct".

The Tankman's Day was established in 1946 and is celebrated annually on the second Sunday of September. It originates from the march parade of the Guards Tank Kantemirovskaya division, held on Red Square and became the first official celebration of the Day of the Tankman. The holiday is included in the list of professional holidays of the Armed Forces of the Russian Federation, the press service of the Central Military District reports.