Large-scale exercises with ships, aircraft and artillery have started in the Arctic 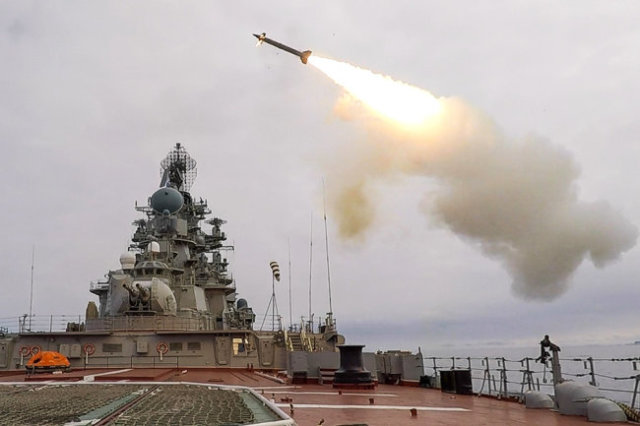 Large-scale exercises have started in the Arctic, in which about 8 thousand military personnel, 800 units of combat and special equipment, as well as up to 50 ships and vessels will take part.

According to the Ministry of Defense of the Russian Federation, units of land and coastal troops, as well as air defense troops of the Northern Fleet moved to the training grounds in the Murmansk region as part of an exercise with the Arctic expeditionary group. The maneuvers are conducted under the leadership of the commander of the Northern Fleet of the Hero of Russia, Admiral Alexander Moiseev. The ministry said that more than 45 tanks, 460 armored combat vehicles, up to 240 guns, mortars and multiple rocket launchers, about 120 aircraft will be involved in the exercises.

The military department noted that the maneuvers will involve the S-300 and S-400 air defense systems, as well as the Pantsir S-1 anti-aircraft missile and gun systems. Within the framework of the exercises, issues of ensuring the safety of maritime communications and areas of Russia's maritime economic activity on the Northern Sea Route will be worked out.

Also, during the exercises, the tasks of conducting joint special operations to block and destroy terrorists will be worked out.

"At one of the stages of the exercise of the force (troops) The Northern Fleet will conduct practical actions to protect the communications of the Northern Sea Route, protect and defend the garrisons of the fleet, study possible areas of combat operations and conditions for the use of diverse fleet forces in the western and eastern Arctic sea zones, " the Defense Ministry said.

Practical actions of the Northern Fleet will take place in the waters of the Barents, Kara, Chukchi and East Siberian Seas, the Laptev Sea, in the area of the Novosibirsk Islands, the archipelago of France-Joseph Land.

The rights to this material belong to Российская газета
The material is placed by the copyright holder in the public domain
Страны
Россия
Продукция
96К6 Панцирь-С1
С-300
С-400 Триумф
Компании
Минoбороны РФ
Проекты
Арктика
Военные учения
СФ
Do you want to leave a comment? Register and/or Log in
Log in via Facebook
The Permanent Representative of the Russian Federation to international organizations in Vienna Ulyanov called the refusal of AUKUS to provide data on the union abnormal
The United States agrees with Stoltenberg on the inadmissibility of Russia's influence in the issue of NATO expansion
In the USA, they were surprised by the size of the Su-75
The National Interest (США): российский танк Т-80 — это не шутка
Korean aircraft carrier "won back" funding
Шойгу счел необходимым построить в России еще несколько крупных городов
The State Duma appreciated the idea of banning the sale of grenades after the shooting at the MFC in Moscow
British military demanded $1.1 million for stuttering after Estonian frosts
Sasapost (Египет): американцы создают самый мощный лазер в истории. Что это значит?
Tank killer: the work of the PTKM-1R anti-roof mine was shown on video
Корпорация "Иркут" до конца 2018 года поставит ВКС РФ более 30 истребителей Су-30СМ
Как России зарабатывать больше на продаже вооружений
Putin signed the law on the powers of Roscosmos in the field of infrastructure construction
In the USA, they called the advantages of the Russian "Sun"
Американский эксперт назвал пять мощнейших российских танков
other topics discussed
2006-2021 © ВПК.name. All rights reserved.
When reprinting, link to ВПК.name required.
User agreement.
№ 21-PP in the register of information distributors.
18+
Website hosting: TimeWeb.