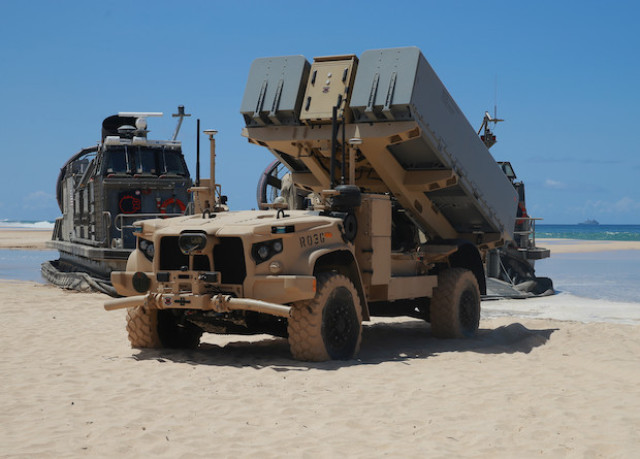 Deliveries of the promising NMESIS anti-ship missile system to the US troops will begin at the end of 2023, according to Naval News. The complex is an unmanned version of the JLTV armored vehicle, armed with NSM anti-ship missiles.

In 2018, the US Marine Corps launched the NMESIS (Navy Marine Expeditionary Ship Interdiction System) program — Its goal was to quickly develop a coastal anti-ship complex with long-range missiles to sink enemy ships from land.

NMESIS is an unmanned remote-controlled version of the JLTV armored vehicle, armed with NSM anti-ship missiles. Each such missile weighs 407 kilograms, can reach a speed of Mach 0.7 to 0.9 and hit targets at a distance of 185 kilometers. Its length is 3.96 meters. NSM is suitable for launching from different platforms. For example, the US Navy in 2018 chose it for coastal zone ships and frigates of the future .

The anti-ship missile system was first tested by firing last year. This August, NMESIS took part in an exercise during which it was dropped from a C-130 transport aircraft, after which it launched an NSM missile at the decommissioned frigate Ingraham.

A representative of the Marine Corps press service told Naval News in September that deliveries of a promising anti-ship missile system to American troops will begin at the end of 2023. So far, the military has received only two NMESIS, which participated in the exercises.

JLTV armored vehicles also appear in other projects of the US Marine Corps. Earlier we wrote that they plan to launch Hero-120 barrage ammunition from them.