The US has begun sea trials of the last Zumwalt destroyer 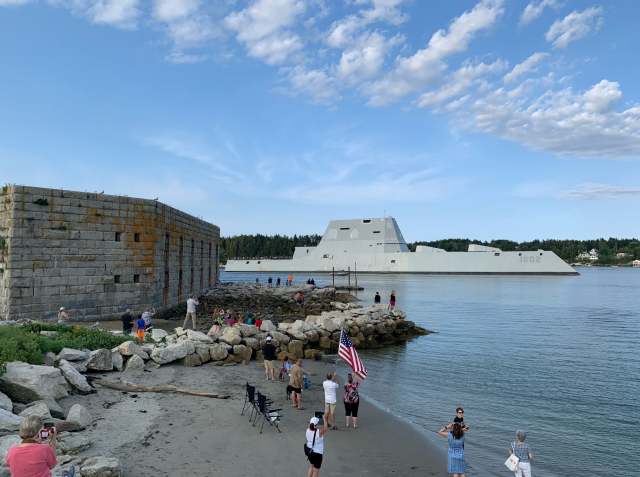 The third and last ship of the Zumwalt type — Lyndon B. Johnson (DDG 1002) - has begun sea trials. In the future, such ships will become carriers of new hypersonic weapons.

The new Zumwalt-class destroyer went to sea for the first time. This is the last ship in a series consisting of three destroyers.

Lyndon B. Johnson was built at the Bath Iron Works shipyard in Maine. It was laid down in 2017 and launched a year later. The ship was named in honor of the 36th US President Lyndon Johnson. 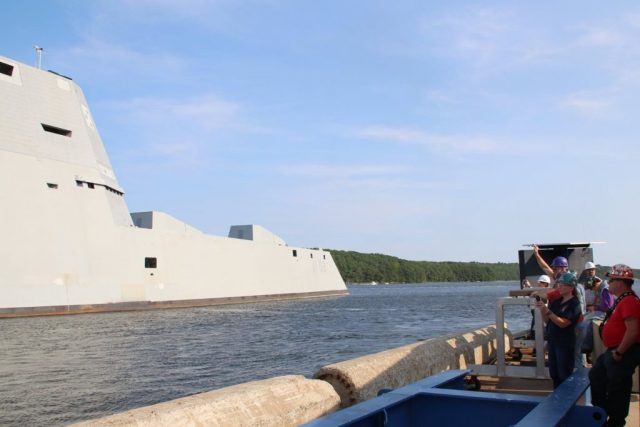 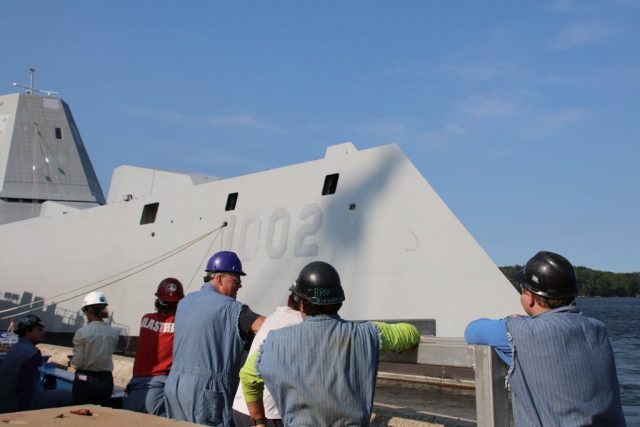 In its current form, the Zumwalt-type destroyer construction program is only a "shadow" of the original plans of the US Navy. Initially, the Navy hoped to receive 32 such ships. Later, this number was reduced to 24, and then to seven. The high price of destroyers led to the fact that in the end they decided to limit themselves to three ships. 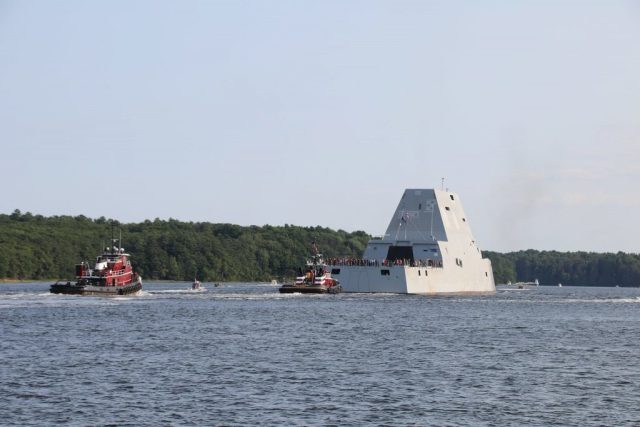 This was just the beginning of the problems, many of which were of a conceptual nature. Until recently, the United States could not decide on the purpose of the ship and the role that it will play in the Navy. We have repeatedly changed its weapons.

Initially, they wanted to install a railgun on the destroyer, but technical and financial problems forced it to be abandoned in favor of a 155-mm long-range LRLAP gun. However, as it turned out, the price of one guided projectile for a gun can exceed the cost of a Tomahawk cruise missile (the ship can also use them), which led to the termination of purchases of this type of projectiles.

The new role of the Zumwalt destroyers turned out to be associated with the development of a new hypersonic weapon by the United States. Moreover, these ships, according to the recently presented data, should be the first to receive a new type of weapon. "The installation of hypersonic missiles on Zumwalt-type destroyers will be an important step forward in order to turn them into attack platforms," US Admiral Michael Gilday said earlier on this occasion.

Americans can equip ships with new weapons [...] in the middle of the decade. By that time, Russia will adopt the Zircon hypersonic complex.

Recall that the signing of the first contract for the supply of these hypersonic missiles became known in August. Both surface ships and submarines will be armed with the complexes. Among the carriers of the "Zircon" will be, in particular, the latest Russian nuclear multi-purpose submarine of the fourth generation of the project 885M.

The rights to this material belong to Naked Science
The material is placed by the copyright holder in the public domain
Страны
Россия
США
Продукция
Arleigh Burke
BGM-109 Tomahawk
Zumwalt
Циркон-С 3М22
Компании
BIW
Проекты
885 Ясень
ГЗЛА
Рельсотрон
Do you want to leave a comment? Register and/or Log in
Log in via Facebook
The Permanent Representative of the Russian Federation to international organizations in Vienna Ulyanov called the refusal of AUKUS to provide data on the union abnormal
The United States agrees with Stoltenberg on the inadmissibility of Russia's influence in the issue of NATO expansion
In the USA, they were surprised by the size of the Su-75
The National Interest (США): российский танк Т-80 — это не шутка
Korean aircraft carrier "won back" funding
Шойгу счел необходимым построить в России еще несколько крупных городов
The State Duma appreciated the idea of banning the sale of grenades after the shooting at the MFC in Moscow
British military demanded $1.1 million for stuttering after Estonian frosts
Sasapost (Египет): американцы создают самый мощный лазер в истории. Что это значит?
Tank killer: the work of the PTKM-1R anti-roof mine was shown on video
Корпорация "Иркут" до конца 2018 года поставит ВКС РФ более 30 истребителей Су-30СМ
Как России зарабатывать больше на продаже вооружений
Putin signed the law on the powers of Roscosmos in the field of infrastructure construction
In the USA, they called the advantages of the Russian "Sun"
Американский эксперт назвал пять мощнейших российских танков
other topics discussed
2006-2021 © ВПК.name. All rights reserved.
When reprinting, link to ВПК.name required.
User agreement.
№ 21-PP in the register of information distributors.
18+
Website hosting: TimeWeb.