The Ministry of Defense: the Russian airborne forces for the first time in the world landed an equipped military hospital 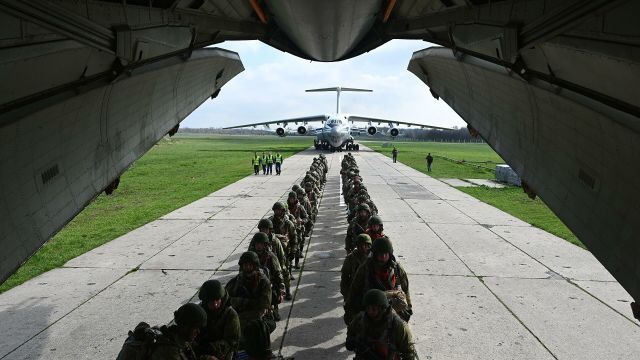 MOSCOW, Aug 27-RIA Novosti. The Russian military during the exercises for the first time in the world landed a fully equipped military hospital from airplanes, the Department of Information and Mass Communications of the Russian Defense Ministry reported on Friday.

It is specified that the exercise was held in the Ivanovo and Kostroma regions under the leadership of the head of airborne training-Deputy commander of the Airborne Forces, Lieutenant General Alexander Vyaznikov.

The personnel of a separate medical airmobile detachment moved to the airfield at a signal, planned medical support for combat operations, plunged together with weapons, military and special equipment, medical equipment and life support systems into 17 Il-76 military transport aircraft of the Russian Aerospace Forces.

"Having covered a little more than 100 kilometers, the Il-76 aircraft successfully landed about 160 military personnel of the hospital's medical staff on the Budikhino landing site in the Kostroma Region in 30 minutes," the department added.

Also, five armored personnel carriers BTR-D, an armored repair and evacuation vehicle BRAM-D, a tanker TZ-2-66D, six UAZ-3962 ambulances, an ESD-30-T/400 power plant, as well as platforms with medical equipment and food were dropped from the aircraft from a height of 600 meters at a speed of more than 360 kilometers per hour.

The exercises are continuing, the hospital will be fully deployed within the next day, after which the reception of patients will be organized.