In Poland, they noticed problems with the Russian Navy 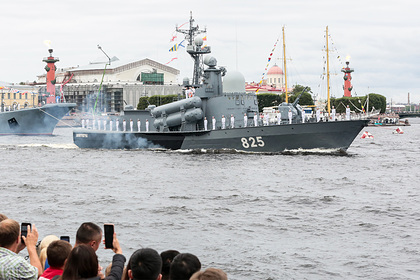 The Russian Defense Ministry is increasingly informing the public about the long-distance voyages of Russian ships, while modern Russian industry mainly produces small and auxiliary ships, [...] the Defence24 portal notes in a publication devoted to the problems of building the country's Navy.

"Some observers, even Russian ones, see an increasingly complete discrepancy between official statements and their implementation in the shipbuilding program," the Polish edition writes.

As an example, the publication cites the situation around the only Russian aircraft carrier "Admiral Kuznetsov". The publication assures that it is not known when this ship will be modernized, since there is currently no dry dock capable of receiving it.

"Constant information about upcoming exercises and maneuvers, crossings and campaigns, fairs and shows, as well as international competitions is somewhat overshadowed by problems with the maintenance and technical modernization of the almost million-strong Russian army," the publication says.

In August, RIA Novosti, citing a source close to the military-industrial complex, reported that the repair of the Admiral Kuznetsov was postponed by one year. "The readiness for docking will be provided by the end of this year. But taking into account the weather conditions, the docking will most likely take place in the warm season of next year," the source said. A similar source told TASS .