Serial deliveries of Altius attack drones will begin in 2021-Manturov 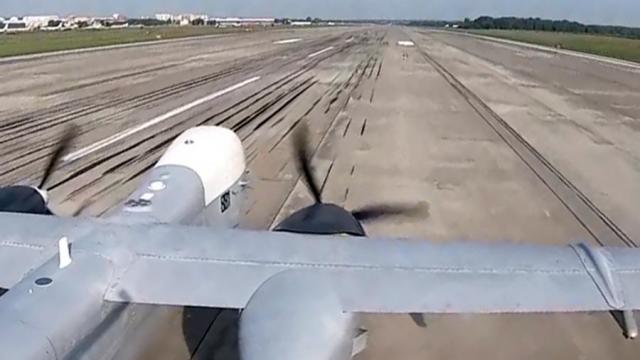 Moscow. August 22. INTERFAX - The Russian army will start receiving Altius attack drones this year, the head of the Ministry of Industry and Trade of the Russian Federation Denis Manturov said in an interview with Interfax.

"The first batch of the Altius UAV is already in production, serial deliveries will begin at the end of this year," Manturov said.

As Interfax reported, the Altius attack drone (also called Altair) has been developed by the Kazan Design Bureau since 2011. Simonov was commissioned by the Ministry of Defense of the Russian Federation. In July 2016, its flight tests began. In 2018, the Altius project was transferred to the Ural Civil Aviation Plant (UZGA).

On August 20, 2019, the Russian Defense Ministry announced the first flight of the 6-ton Altius-U drone, which was created as a result of the development and testing of a number of prototypes, and in December of the same year, the Russian Defense Ministry and UZGA signed a contract for the development of a drone in the final appearance - Altius-RU.

According to the military department, this reconnaissance and strike complex with a long-duration drone will be equipped with satellite communications and elements of artificial intelligence capable of interacting with manned aircraft.

On May 5, 2018, Yuri Borisov, being the Deputy Minister of Defense of the Russian Federation (now Deputy Prime Minister), said that the Altius heavy drone would carry up to two tons of combat load.