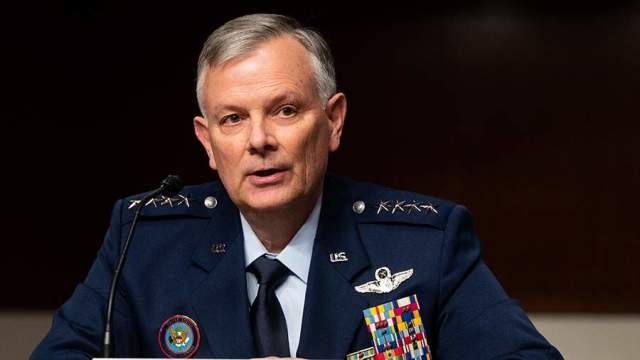 Russia poses the main military threat to the United States, this opinion was expressed on Tuesday, August 17, by the head of the Northern Command of the United States Armed Forces, General Glen Vanherk.

"Russia is the primary military threat to our country, they are developing means that did not exist 20 years ago," Vanherk said during a speech at the Center for Strategic and International Studies (CSIS), broadcast on Youtube.

He said that Russia and China "have developed very advanced tools" in the cyber and space spheres.

Earlier, on July 26, US Deputy Secretary of State for Arms Control and International Security Bonnie Jenkins called for limiting the nuclear capabilities of Russia and China. According to her, the United States should develop norms of responsible behavior in space and fight against new technologies that threaten strategic stability.

On July 19, Pentagon spokesman John Kirby called Russia's new hypersonic missiles a destabilizing factor, since they are capable of carrying a nuclear charge.

On the same day, the frigate "Admiral of the Fleet of the Soviet Union Gorshkov" successfully fired a hypersonic missile "Zircon" at a ground target in the White Sea. The flight speed was mach 7, and the range was over 350 km. The Russian Defense Ministry plans to equip submarines and surface ships of the Russian Navy with the Zircon complex.


On July 17, the American magazine The National Interest wrote that the United States is experiencing serious difficulties in trying to catch up with Russia and China in developing hypersonic weapons. As the US Deputy Secretary of Defense for Research and Development Michael Griffin noted, the United States "does not have systems that could pose a threat to China and Russia to the proper extent." In addition, he stated the lack of means to protect against Russian weapons.

On July 10, it became known that the frigate of the project 22350 "Admiral Golovko "will become the first full-time carrier of shipboard hypersonic missiles"Zircon". According to the commander-in-chief of the Navy Nikolai Evmenov, these ships are the most modern warships of Russia. Russian hypersonic weapons were presented in 2018. It includes the Avangard, Dagger and Zircon missiles.


The United States has repeatedly noted the lag behind Russia in the creation of hypersonic missiles. On March 22, the Control and Budget Office of the US Congress (GAO) published a report in which the States recognized that they do not have enough developed technologies to create hypersonic weapons. In this regard, the program of its deployment can be implemented with a long delay.

The rights to this material belong to Известия.ru
The material is placed by the copyright holder in the public domain
Страны
Китай
Россия
США
Продукция
Авангард РК
Циркон-С 3М22
Компании
Минoбороны РФ
Проекты
22350
ГЗЛА
Ядерный щит
Do you want to leave a comment? Register and/or Log in
Log in via Facebook
The Permanent Representative of the Russian Federation to international organizations in Vienna Ulyanov called the refusal of AUKUS to provide data on the union abnormal
The United States agrees with Stoltenberg on the inadmissibility of Russia's influence in the issue of NATO expansion
In the USA, they were surprised by the size of the Su-75
The National Interest (США): российский танк Т-80 — это не шутка
Korean aircraft carrier "won back" funding
Шойгу счел необходимым построить в России еще несколько крупных городов
The State Duma appreciated the idea of banning the sale of grenades after the shooting at the MFC in Moscow
British military demanded $1.1 million for stuttering after Estonian frosts
Sasapost (Египет): американцы создают самый мощный лазер в истории. Что это значит?
Tank killer: the work of the PTKM-1R anti-roof mine was shown on video
Корпорация "Иркут" до конца 2018 года поставит ВКС РФ более 30 истребителей Су-30СМ
Как России зарабатывать больше на продаже вооружений
Putin signed the law on the powers of Roscosmos in the field of infrastructure construction
In the USA, they called the advantages of the Russian "Sun"
Американский эксперт назвал пять мощнейших российских танков
other topics discussed
2006-2021 © ВПК.name. All rights reserved.
When reprinting, link to ВПК.name required.
User agreement.
№ 21-PP in the register of information distributors.
18+
Website hosting: TimeWeb.