Russian equipment repelled a conditional attack by militants from Afghanistan 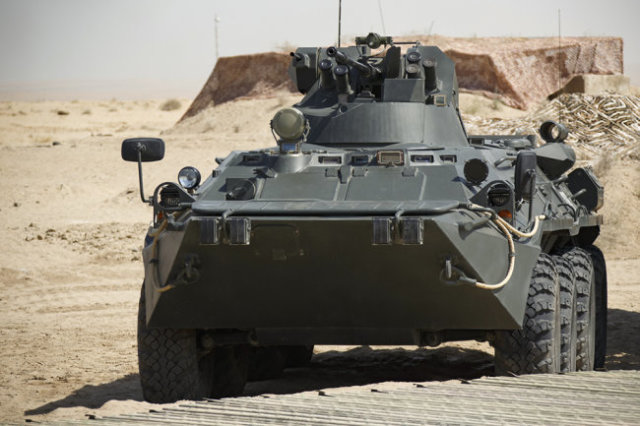 "Typhoon-K", BTR-82 and Mi-35M were involved in the joint exercises "South-2021" of the military of Uzbekistan and Russia in the area of the border with Afghanistan.

According to the Department of Information and Mass Communications of the Ministry of Defense of the Russian Federation, the joint group has worked out a special operation to prevent the possible crossing of the state border by illegal armed groups.

In the course of working out the tasks, the "militants" who tried to leak were detected using unmanned aerial vehicles, they were blocked in the settlement and eliminated.

The units of Uzbekistan actively used Russian-made military equipment during this operation. For example, armored vehicles K-53949 (4x4), adopted in 2019.

These special vehicles have a curb weight of an armored car of 13,000 kg, and a maximum weight of 15,000 kg . The diesel engine with a capacity of 350 hp allows you to reach a maximum speed of 105 km/h on the highway. The capacity is 10 military personnel. 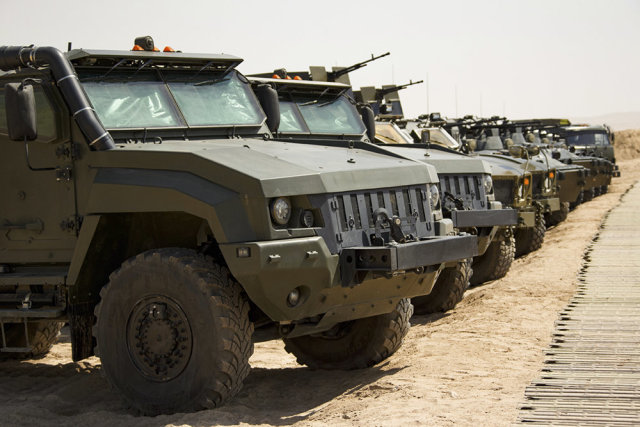 The delivery of fighters to the training battlefield was also carried out by BTR-82A, first noticed by the military of this state two years ago. Machines equipped with air conditioners are adapted for operations in conditions of extreme heat. High firepower is provided by 30-mm 2A72 automatic guns, capable of hitting both ground and air targets.

The destruction of the" enemy " was also carried out by the calculations of the ZU-23-2 rapid-firing guns, which were installed in the bodies of the Ural-4320 all-terrain vehicles.

Fire support was provided by Mi-35M helicopters using unguided aircraft missiles. These rotorcraft began to arrive in the air force of a friendly country in December 2019.

In total, 1,500 personnel, about 200 units of various equipment and four Tu-22M3 aircraft of the Russian Aerospace Forces participated in the counter-terrorist operation. 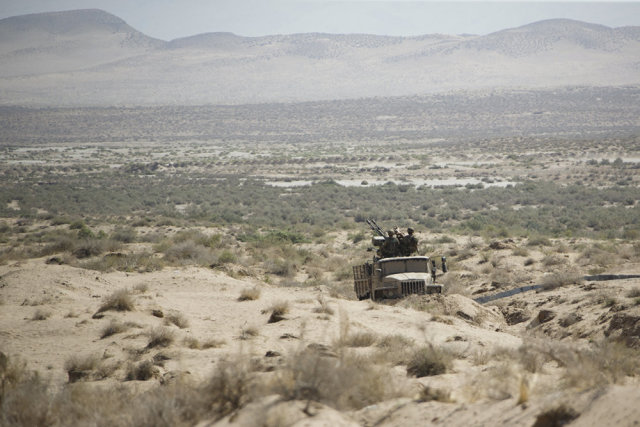 The rights to this material belong to Российская газета
The material is placed by the copyright holder in the public domain
Страны
Афганистан
Россия
Узбекистан
Продукция
2А72
БТР-82
БТР-82А
КамАЗ-53949
Ми-35
Ми-35М
Тайфун-К
Ту-22М
Урал-4320
Компании
ГАЗ Группа
Минoбороны РФ
Проекты
БПЛА
Военные учения
Тайфун
Do you want to leave a comment? Register and/or Log in
Log in via Facebook
The Permanent Representative of the Russian Federation to international organizations in Vienna Ulyanov called the refusal of AUKUS to provide data on the union abnormal
The United States agrees with Stoltenberg on the inadmissibility of Russia's influence in the issue of NATO expansion
In the USA, they were surprised by the size of the Su-75
The National Interest (США): российский танк Т-80 — это не шутка
Korean aircraft carrier "won back" funding
Шойгу счел необходимым построить в России еще несколько крупных городов
The State Duma appreciated the idea of banning the sale of grenades after the shooting at the MFC in Moscow
British military demanded $1.1 million for stuttering after Estonian frosts
Sasapost (Египет): американцы создают самый мощный лазер в истории. Что это значит?
Tank killer: the work of the PTKM-1R anti-roof mine was shown on video
Корпорация "Иркут" до конца 2018 года поставит ВКС РФ более 30 истребителей Су-30СМ
Как России зарабатывать больше на продаже вооружений
Putin signed the law on the powers of Roscosmos in the field of infrastructure construction
In the USA, they called the advantages of the Russian "Sun"
Американский эксперт назвал пять мощнейших российских танков
other topics discussed
2006-2021 © ВПК.name. All rights reserved.
When reprinting, link to ВПК.name required.
User agreement.
№ 21-PP in the register of information distributors.
18+
Website hosting: TimeWeb.