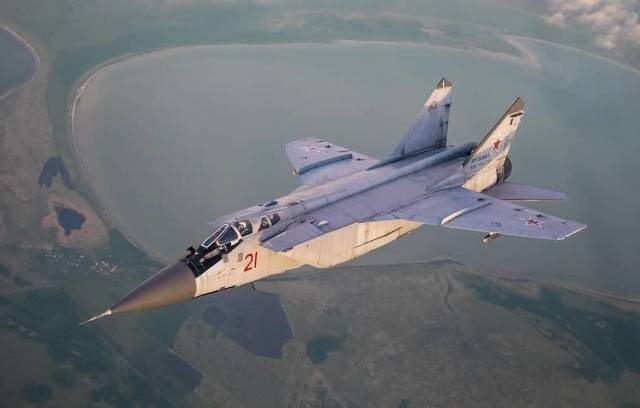 Combat pairs of airships at the exercises in the Krasnoyarsk Territory operated at maximum altitudes from 17 to 20 thousand meters, the press service of the Central Military District reported

"Combat pairs of airships operated at maximum altitudes from 17 to 20 thousand meters. With the help of the Zaslon-M onboard radars, the MiG-31BM crews deployed two autonomous radar fields with a length of up to 500 kilometers. The pilots performed the search for the intruder aircraft at a speed of about 3 thousand km/h using compensating suits to overcome overloads. The aircraft of the conditional enemy, whose role was performed by the MiG-31BM, was detected at an altitude of about 17 thousand meters without the use of ground-based radar systems. The crews of the duty forces performed a rapprochement with the "violator", blocked the possibility of changing the course and forced them to land at the designated airfield," the report says.

The press service clarified that during the exercises, the MiG-31BM crews made more than 10 ascents to the maximum permissible height for the first time in the summer training period and worked out about 50 combat training tasks in the stratosphere.

The exercises involved 10 MiG-31BM high-altitude interceptor fighters and 150 military personnel from the flight, engineering and technical staff of the flight control and support group.