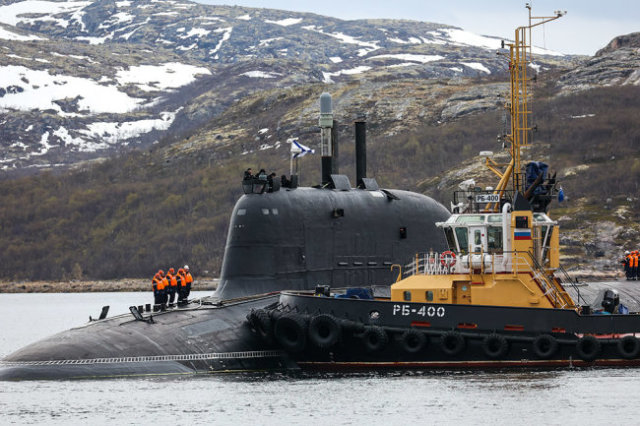 On Friday, July 30, the Krasnoyarsk multi - purpose nuclear submarine-the fourth Yasen and the third built according to the modernized project 855 Yasen-M-will be launched from the Sevmash slipway shop.

The upcoming event was officially announced by the Ministry of Defense of the Russian Federation, and sources of the Rossiyskaya Gazeta in the shipbuilding industry confirmed that the technological operations necessary for the withdrawal of the submarine from the slipway and launching are being completed at the shipyard in Severodvinsk.

Recall: in early July, the same type of submarine "Novosibirsk"went to sea trials in the White Sea. It was launched at the end of 2019 and was completed afloat for more than a year, passed mooring and other tests, tested the latest systems and equipment that were integrated by designers into the original project already during the active construction of the submarine. And at the same time, he" chose "technical shortcomings and" children's diseases "that appeared at different stages of testing the lead ship built according to the Yasen-M project. This role fell to the crew and the delivery team of the Kazan submarine - they coped with the task, in May 2021, the submarine was accepted into the Navy and is now serving in the Northern Fleet.

The Novosibirsk delivery team has an even more difficult task - to conduct factory and state tests in July-December in order to transfer a combat-ready ship to the Navy by the end of this year. And Krasnoyarsk should follow it in 2022.

The Defense Ministry recalled that recently the commander-in-chief of the Navy, Admiral Nikolai Evmenov, was on a working visit to Severodvinsk. And the main thing that was discussed at the meeting with his participation was the delivery program of Sevmash in 2021. And there are at least three submarines of three different projects in it: the strategic missile carrier "Prince Oleg", the multi-purpose" Novosibirsk "and the special-purpose nuclear submarine"Belgorod".