11 ships, including three foreign ones, and four submarines participated in the parade in Kronstadt 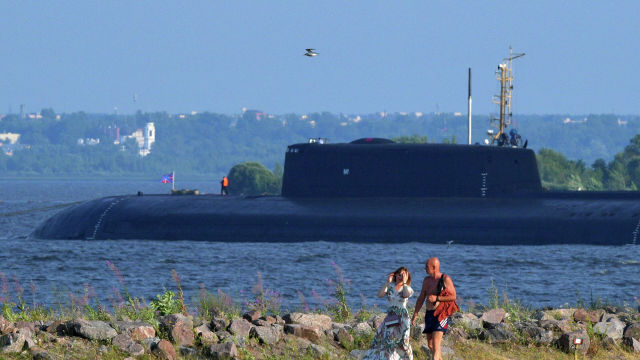 KRONSTADT, July 25-RIA Novosti. The main naval parade was held on the roadstead in Kronstadt in the waters of the Gulf of Finland, RIA Novosti correspondent reports.

A total of 11 ships, including three foreign ones, and four submarines took part in the parade. Four more submarines participated in the statistical display, among them for the first time participated the underwater missile cruiser "Prince Vladimir", equipped with intercontinental ballistic missiles, which successfully completed the tasks of combat service in 2021.

According to the Department of Information and Mass Communications of the Ministry of Defense of the Russian Federation, on the eve of the main naval parade, a set of measures to counter coronavirus infection has been implemented on the ships.

"All personnel are fully provided with personal protective equipment-gloves, medical masks and antiseptics, contacts with other servicemen, civilian personnel and the local population are excluded as much as possible, all participants in the festive events are under the constant supervision of military doctors," the Defense Ministry said in a statement.

As in the previous year, during the passage of the Navy parade, departure to Kronstadt was limited for personal transport, it was possible to get into the city only for residents and with special passes. The audience's access to the stands was also by invitation only.

The rights to this material belong to РИА Новости
The material is placed by the copyright holder in the public domain
Страны
Индия
Иран
Пакистан
Россия
Финляндия
Продукция
Владимир Емельянов
Гремящий
Князь Владимир
С-75
Компании
Кронштадт
Минoбороны РФ
Проекты
1135 Буревестник
1164 Атлант
11711
Медицина
пр. 1155
Do you want to leave a comment? Register and/or Log in
Log in via Facebook
The Permanent Representative of the Russian Federation to international organizations in Vienna Ulyanov called the refusal of AUKUS to provide data on the union abnormal
The United States agrees with Stoltenberg on the inadmissibility of Russia's influence in the issue of NATO expansion
In the USA, it was proposed to ban "Solntsepeki" and "Pinocchio"
Putin signed the law on the powers of Roscosmos in the field of infrastructure construction
Korean aircraft carrier "won back" funding
Конфликты: Йемен - "забытая" война
The National Interest (США): российский танк Т-80 — это не шутка
In the USA, they were surprised by the size of the Su-75
Russia will offer India the technology of the Octopus tank
Шойгу счел необходимым построить в России еще несколько крупных городов
The State Duma appreciated the idea of banning the sale of grenades after the shooting at the MFC in Moscow
British military demanded $1.1 million for stuttering after Estonian frosts
Sasapost (Египет): американцы создают самый мощный лазер в истории. Что это значит?
Tank killer: the work of the PTKM-1R anti-roof mine was shown on video
Корпорация "Иркут" до конца 2018 года поставит ВКС РФ более 30 истребителей Су-30СМ
other topics discussed
2006-2021 © ВПК.name. All rights reserved.
When reprinting, link to ВПК.name required.
User agreement.
№ 21-PP in the register of information distributors.
18+
Website hosting: TimeWeb.