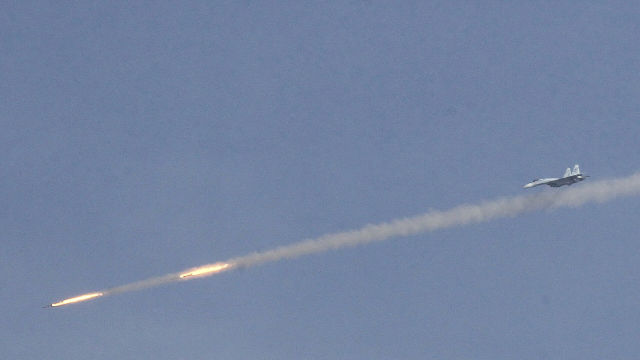 MOSCOW, July 9-RIA Novosti. The new C-13B aircraft rocket, combining the capabilities of two previously developed products at once - C-13T and C-13OF, will be shown for the first time at the MAKS-2021 air show, Gleb Varenitsa, general director of the rocket manufacturer, the Novosibirsk Artificial Fiber Plant (NZIV), said in an interview with RIA Novosti.

"This year, at the International Aerospace Salon in the Technodinamiki Pavilion, we plan to present a new unguided aviation missile S-13B, which combines the characteristics of two unguided missiles C-13T and C-13OF at once. The main task of the missile is to defeat both easily invulnerable equipment and military equipment in reinforced concrete shelters, " Varenitsa said.

He stressed that the rocket is capable of penetrating through up to six meters of soil or one meter of reinforced concrete covered with soil to a thickness of two to three meters. The S-13B is also capable of destroying up to 20 square meters of the runway.

Among other aircraft from the NIZV line, which cause increased interest among potential customers, is the S-13DF with a high-explosive warhead equipped with a single-stroke volume-detonating mixture. The 122 mm ammunition hits easily invulnerable military equipment located in the folds of the terrain, placers of stones, caves, woodlands and open-type fortifications.

NZIV (part of the Techmash concern under the management of the Technodinamika holding) is an enterprise specializing in the production of unguided aircraft missiles, ammunition for MLRS, as well as industrial explosives that are used in seismic exploration.