Roscosmos has signed an agreement allowing to place a space debris search station on the territory of South Africa. This will be the second of four specialized complexes that are being created within the framework of the program.

The signing of the contract for the placement of a space debris search station, with reference to Roscosmos , was reported by TASS. The complex will detect objects in low, medium and high Earth orbits. Its manufacturer is the NPK "Precision Instrument Engineering Systems".

The station of the optical-electronic complex for detecting and measuring the parameters of the movement of space debris (OEK OKM) will determine the angular coordinates of objects and verify them with the data entered into the database. The received information will be transmitted to the data collection and processing center.

Technically, the complex is designed for autonomous search and detection of objects at altitudes from 120 to 40 thousand kilometers and is capable of detecting space objects that have a brightness of up to the 18th stellar magnitude.

The new station will be the second of four specialized complexes that are being created to analyze the situation with space debris. The latter directly affects the safety of launches.

The first station was opened in April 2017 in Brazil, on the territory of the Pico dos Dias Observatory (OPD), which is located 37 kilometers west of Itajuba (Minas Gerais state).

The Russian station of the optical-electronic complex for detecting and measuring the parameters of the movement of space debris (OEK OKM) produced by JSC "Scientific and Production Corporation "Precision Instrument Systems", installed in Brazil on the territory of the Pico dos Dias Observatory (OPD). Itajuba (Minas Gerais State), April 2017

The danger posed by space debris has been known for a long time. According to a number of scientists, if nothing changes, we are waiting for a catastrophic increase in the number of objects of orbital debris in a low reference orbit and, as a result, the impossibility of further space exploration.

Currently, countries are making active efforts to collect space debris. Last year, the Europeans began to design the Clearspace-1 device, designed to help Earthlings solve this problem. It will detect objects to be disposed of using sensors. After detecting the wreckage, Clearspace-1 will approach them and capture them with a robotic "hand". 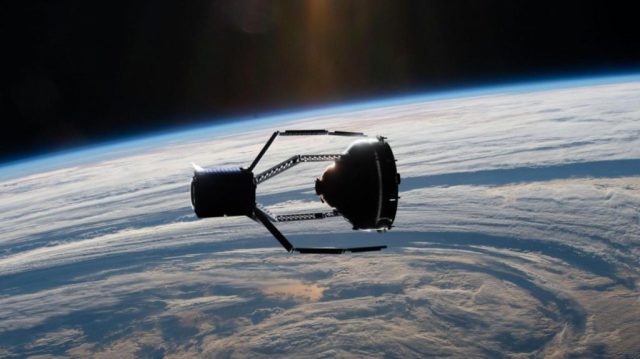 Also in 2020, it became known that the Japanese Aerospace Research Agency will create a satellite that will dispose of space debris using a laser, knocking objects into the atmosphere, where they will burn up. As it was reported at the time, the device can be launched in about a few years.