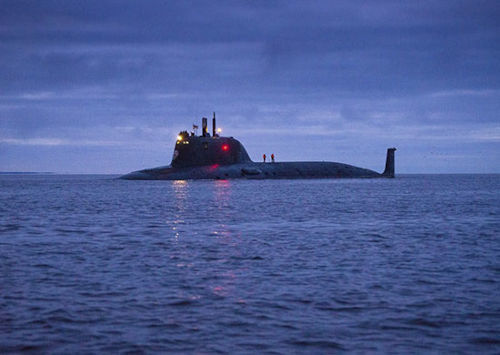 Moscow. July 2. INTERFAX-The Russian military is conducting a special exercise to test the systems and weapons of submarines in the deep-water areas of the Barents and Norwegian Seas, the Northern Fleet said.

"The event is attended by the crews of several submarines, including the fourth generation. The exercise takes place as planned. It will continue for several days, " the press service of the fleet reported on Friday.

They said that the search and rescue support of the event is carried out by the forces of the emergency rescue squad of the Northern Fleet.

"Deep-sea tests are carried out at depths of more than 500 meters, which are the limit for most modern submarines," the representative of the fleet noted

A series of nuclear-powered submarines of the fourth generation of the Borey and Borey-A project, armed with Bulava intercontinental ballistic missiles, will become the basis of naval strategic nuclear forces for the coming decades, the Russian military said.

The fourth generation also includes multi-purpose nuclear submarines of the Yasen-M project 885M-carriers of Onyx and/or Kalibr cruise missiles. It was reported about plans to arm them with hypersonic missiles "Zircon" (a new Russian hypersonic missile that is being tested, the Tactical Missile Armament Corporation).

On May 7, the Kazan multi-purpose submarine, which is the main one in the Yasen-M project, was accepted into the combat structure of the Russian Navy.