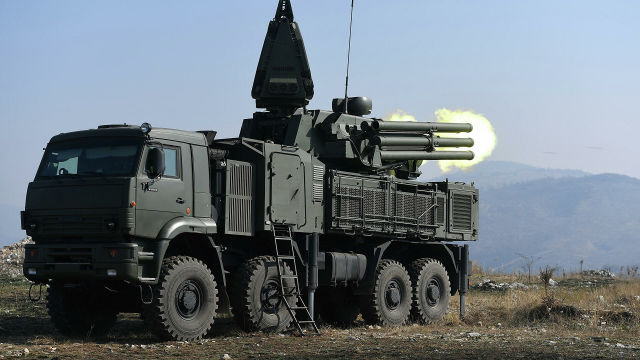 TSAMTO, June 28. The largest exercise "Lightning Strike 2021" took place in the mountains in the south-west of Serbia with the key participation of military equipment purchased in the Russian Federation, or received under the agreement on military cooperation between Moscow and Belgrade, RIA Novosti reports.

According to the agency, the military maneuvers "Lightning Strike" with live firing, which took place on June 27 on the Peshter plateau in the south-west of the country, according to the Serbian Defense Ministry, became the largest in the last few decades. They were preceded by a readiness check of more than 15 thousand Serbian servicemen in June and tactical exercises at eight different training grounds.

More than 2.3 thousand servicemen of the Second Brigade of the Serbian Land Forces, the 72nd Special Operations Brigade, the 63rd Amphibious Brigade, crews and calculations of the Serbian Air Force and Air Defense took part in the maneuvers in the presence of President Aleksandar Vucic and members of the government and command.

"The crews of the T-72MS tanks for the first time showed their combat capabilities using modern fiber-optic systems and aiming systems with which they are equipped. Along with them, modernized BRDM-2M armored personnel carriers were also involved, which recently, along with tanks, arrived from the Russian Federation," RIA Novosti quotes a message from the Serbian Defense Ministry.

As part of the exercises, firing from the Pantsir-S1 ZRPK acquired in Russia also took place, MiG-29s previously transferred to the Russian Federation demonstrated air combat in the sky.

"You saw 11 MiG-29s in the air at once, which has not happened for a long time... We should also increase the number of attack drones, some have already been bought, and we have ordered more. The strength of our army will increase even more in the next nine months," Vucic said in a statement following the results of the exercises. He also noted the participation of Mi-35 helicopters with Ataka missiles"

Most of the rest of the demonstrated equipment, both aviation and artillery, is of Serbian production.

As the agency reminds, Serbia is the largest importer of Russian weapons and military equipment in Europe. Russia has handed over to Serbia 30 modernized T-72MS tanks, 30 BRDM-2, seven Mi-17 and Mi-35 helicopters, six MiG-29 fighters. Belgrade also acquired a battery of ZRPK "Pantsir-S1".