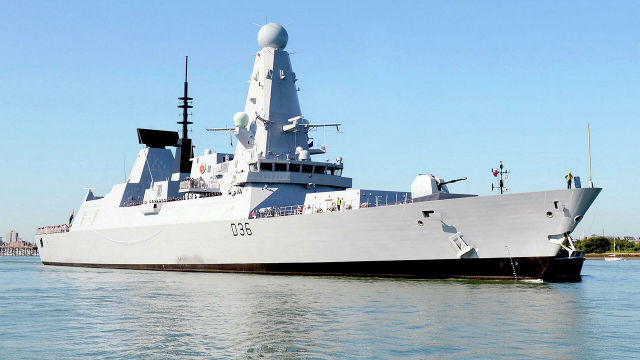 First of all, the expert believes that the British ship did not feel the need to pass at a distance of twelve miles from the Crimean cape Fiolent, since the sea route does not pass there.

According to the UN Convention on the Law of the Sea, territorial waters are an integral part of a country. For example, if a murder occurs on a ship located within twelve miles of the coast, then it is considered within the jurisdiction of the coastal state. In the case when the vessel is located at a distance of more than twelve miles, the legislation of the country under whose flag it sails applies, the author of the article indicates.

"Entering the territorial waters of the Crimea is comparable to landing a whole regiment of parachutists on the peninsula," Murray notes.

Craig also recalled that according to the provisions of the convention, the passage of a foreign vessel is regarded as a violation if its actions are aimed at collecting information to weaken the security of the coastal State (paragraph 2.c) and spreading propaganda against it (paragraph 2.d). The last point, in his opinion, is confirmed by the presence of a BBC journalist on board a British destroyer.

However, a BBC journalist who was on board the British ship confirmed that the ship deliberately entered Russian territorial waters. Later, the Telegraph newspaper, citing sources in the Ministry of Defense, reported that the final decision on the passage of the British destroyer Defender in the Black Sea was left to the Prime Minister of the United Kingdom Boris Johnson. Johnson himself called the passage of the ship in these waters "quite appropriate", recalling that the UK does not recognize the transition of the Crimea to Russia.