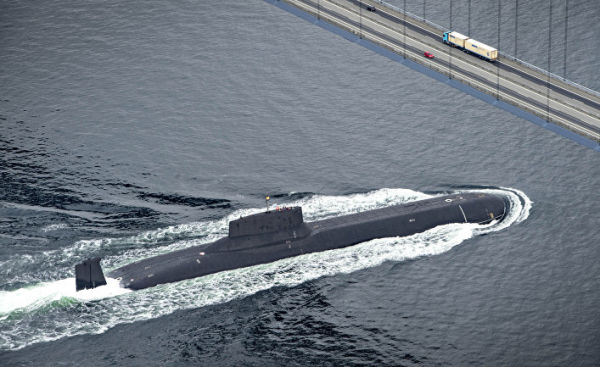 "As part of the anti-submarine tasks, the crews of the Naryan-Mar and Onega MPCs practiced firing jet depth charges at a simulated underwater target. The area of the shooting was previously closed to shipping, " the navy said in a statement.

The military reported that after the exercises, the ships returned to the base - Severodvinsk (the White Sea Naval Base of the Northern Fleet). Next week, they will continue their combat training at sea training grounds.

In June 2019, the Northern Fleet reported that the heavy nuclear-powered submarine of the strategic purpose of the project 941UM "Shark" "Dmitry Donskoy" passed tests in the White Sea after repairs.

According to open sources, the displacement of the world's largest nuclear submarine is almost 50 thousand tons. Initially, the missile carrier was armed with 20 intercontinental ballistic missiles (ICBMs) of the D-19 complex, then it was re-equipped for testing the Bulava ICBM.