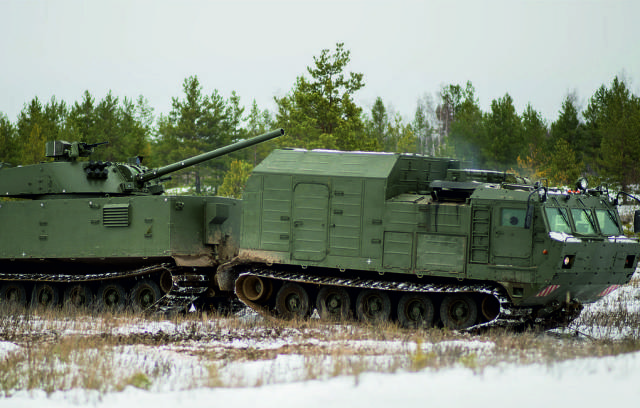 TSAMTO, June 10. Russian Deputy Defense Minister Alexey Krivoruchko visited the Smolino test site in the Nizhny Novgorod Region during a working trip, where he checked the progress of the state defense order.

He got acquainted with the Ka-52M attack helicopter with a new complex of radio-controlled weapons. Alexey Krivoruchko was also shown a new self-propelled mortar "Drok"in action.

"The developed equipment generally meets modern requirements and is expected in the troops in the near future. The presented samples exceed the existing samples in a number of basic tactical and technical characteristics, " the Deputy Defense Minister said after the demonstration.

Alexey Krivoruchko also held a meeting with representatives of the military-industrial complex and the leadership of the military department. It discussed the organization and control of R & D on new models of weapons for the Ground Forces, Airborne Troops and Marines, according to the Department of Information and Mass Communications of the Ministry of Defense of the Russian Federation.