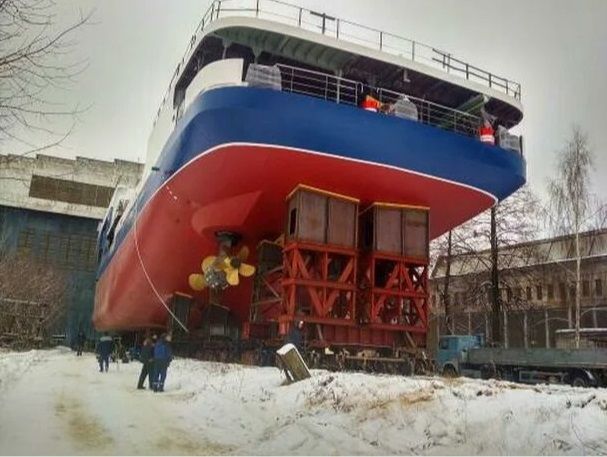 Moscow. May 27. INTERFAX - On May 29, the Russian Navy will accept the small sea tanker "Vice-Admiral Ferries", built at the Nizhny Novgorod enterprise "Volga" under the project 03182, the Department of Information and Mass Communications of the Ministry of Defense of the Russian Federation reported.

A solemn ceremony with the raising of the St. Andrew's flag on the tanker will be held in Sevastopol.

"The head of the Naval Shipbuilding Department, Captain 1st Rank Ilyas Shigapov, reported to the Commander - in-Chief of the Russian Navy Admiral Evmenov on the completion of state tests and the readiness of the vessel for admission to the Navy," the Defense Ministry said.

The ministry added that in the near term, three more small sea tankers of this project will be built for the auxiliary fleet of the Russian Navy. Two of them will be built at the Eastern Shipyard.

The project of the small sea tanker 03182 was developed by the Zelenodolsk Design Bureau. The Russian Defense Ministry has ordered the construction of four such tankers of the Navy. Construction of the tanker at the Volga enterprise began on September 1, 2016. The first for the Volga enterprise (Nizhny Novgorod) was the tanker "Vice-Admiral of Ferries". In March 2017, another tanker of this project, the Vasily Nikitin, was laid down at the same enterprise.