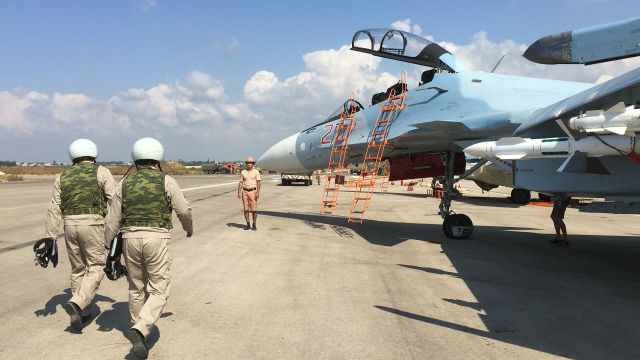 MOSCOW, May 19 - RIA Novosti. The survival kits of Russian military pilots are planned to include small arms for the first time - the PPK-20 submachine gun and the Lebedev compact pistol, these samples were selected by military pilots during military-technical experiments conducted at the beginning of the year, two sources in the aircraft industry told RIA Novosti.

To date, the wearable emergency reserve of combat aviation pilots includes basic necessities, such as a first aid kit, food, a knife, portable radio communications, etc. The NAZ stowage is located in the ejection seat and is attached to the pilot's suspension system. It is mistakenly believed that the NAZ includes a Kalashnikov assault rifle, in fact, the pilot can only take with him personal small arms in a flight suit, usually a Makarov or Stechkin pistol and several grenades.

"As part of the implementation of the instructions of Russian Defense Minister Sergei Shoigu, the interested military authorities planned to include two samples of small arms with ammunition in the standard survival kit for pilots of the Russian Aerospace Forces. Including the laying of the NAZ is planned to be completed with submachine guns, and the crews will be supplied with pistols for placement in the body unloading, " one of the agency's interlocutors said.

Another source noted that " at the beginning of the year, military-technical experiments were conducted with the involvement of several dozen crews of fighter and fighter-bomber aircraft, who, as part of a closed survey, gave the highest score to the PPK-20 submachine gun plus the PLC pistol." He said that a total of four Russian companies-manufacturers of small arms-participated in the tests.

"Now it is expected that the command of the Aerospace Forces will approve the choice of military pilots to accept a new set of weapons for supply," the second source added.

Sources in the aviation industry noted that small arms will be included in the survival kits of the entire line of Russian combat aircraft, including Su-27, Su-30SM, Su-35, Su-57, MiG-29 and MiG-35, front-line bombers Su-24 and Su-34.