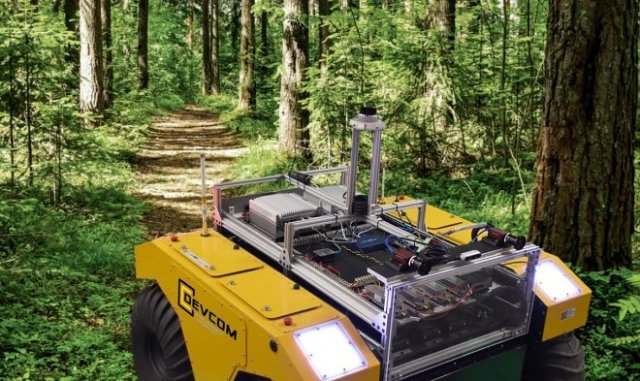 The US Army is developing the a-shape (alpha-shape) technique, which will ensure the joint work of several robots in conditions of poor communication between them or even complete lack of it. It will help groups of autonomous robots achieve their goals without interfering with each other and without duplicating actions, while they will not be able to communicate with each other.

The technique was developed by the U.S. Army Combat Capability Development Command (DEVCOM), the Army Research Laboratory, the University of Nebraska, and the Omaha Computer Science Department. A-shape assigns a task to one of the robots, and then provides this information to other machines that remember it. This allows them to always "know" who is performing a given task without having to communicate directly with a particular robot. Which robot remembers the task depends on the configuration of the communication network, the team, and the location of the robots. Each robot has a specific zone in which it must remember all the tasks assigned and who should perform them. As a result, robots will be able to quickly find a "colleague" with the necessary information. The intelligent search algorithm will be able to detect conflicts of actions between robots for their subsequent resolution after the connection is restored. In this way, the team will work sustainably with less bandwidth usage, and each robot will be able to perform better while remaining independent.