In the US, they called the" workhorses " of their Navy 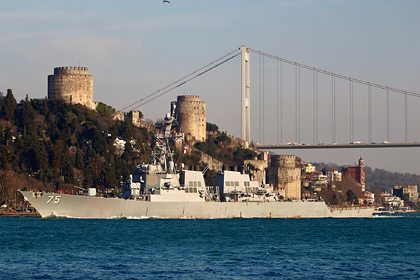 Arleigh Burke-class destroyers are the "workhorses" of the US Navy, writes the American publication 19FortyFive.

The publication notes that the ship Lenah Sutcliffe Higbee, which was christened in April, will become the 73rd destroyer of the Arleigh Burke type. The publication writes that the ship received the Flight IIA configuration, which, in particular, " provides fast response, high firepower and increased electronic countermeasures capabilities for anti-aircraft warfare."

19FortyFive, calling the ships of the Arleigh Burke type a real "workhorse", recalls that these destroyers have been operated by the US Navy for almost 30 years and are still being produced.

In the same month, a corresponding member of the Russian Academy of Rocket and Artillery Sciences, Doctor of Military Sciences Konstantin Sivkov said that the use of multi-missile interceptors instead of SM-6 missiles on American ships of the Ticonderoga or Arleigh Burke types allows with a fairly high probability "to repel the attack of small groups of hypersonic anti-ship missiles with fire means."