The US described the war with China 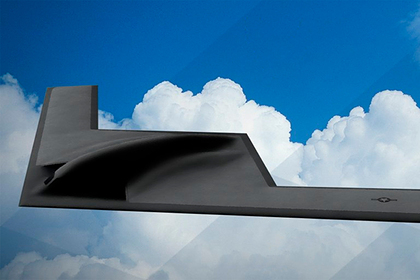 Advanced low-visibility strategic bomber B-21 Raider of the Air Force (Air Force) The US can change power in the Pacific, writes United States Marine Corps (USMC) veteran Alex Hollings in the Sandboxx blog.

According to the author, Beijing controls waters in the South China Sea that are considered international by Washington and its allies. However, at present, the United States cannot counter China in this region, since the Chinese side has, in particular, a hypersonic missile DF-17 with a range of more than a thousand kilometers, which is less than the combat radius of the American carrier-based fighters F/A-18 Super Hornet and F-35C Lightning II.

Hollings is confident that the B-21 Raider, called in the publication the most advanced stealth bomber ever created, will be enough to solve this problem. The author, describing a potential US-Chinese conflict, argues that the US in the event of a war with China is unlikely to land on the mainland, where they risk facing the world's largest army, but will conduct combat operations at sea, blocking Beijing's access to world markets, and use stealth aircraft to strike anti-ship launchers.

After that, according to a veteran of the USMC, the US military can approach the shores of China to strike at objects that allow it to subdue the country's military and industrial infrastructure.

In March, Popular Mechanics magazine wrote that the B-21 Raider would become a "killer" of the Russian S-400 Triumph air defense systems and Chinese fifth-generation J-20 fighters.

In January, the publication said that the B-21 Raider bomber created by Northrop Grumman could become the "coolest" aircraft in the world.

In January 2020, American Lieutenant General David Deptula said that the United States could deliver a quick and deadly strike to Iran using the fifth-generation F-22 Raptor and F-35 Lightning II stealth fighters, as well as the promising B-21 Raider.

According to open data, the US Air Force plans to receive at least 100 units of the B-21 Raider at a total cost of $ 80 billion. These strategic bombers should replace the B-1B Lancer and B-2 Spirit. The first flight of the B-21 Raider should take place in the next one to two years.

The rights to this material belong to Lenta.ru
The material is placed by the copyright holder in the public domain
Страны
Иран
Китай
Россия
США
Продукция
B-2 Spirit
B-21
F-18
F-22
F-35
F-35C
J-20
Super Hornet
С-400 Триумф
Компании
Northrop Grumman
Проекты
2020-й год
ГЗЛА
Do you want to leave a comment? Register and/or Log in
Log in via Facebook
The Permanent Representative of the Russian Federation to international organizations in Vienna Ulyanov called the refusal of AUKUS to provide data on the union abnormal
The United States agrees with Stoltenberg on the inadmissibility of Russia's influence in the issue of NATO expansion
In the USA, it was proposed to ban "Solntsepeki" and "Pinocchio"
Putin signed the law on the powers of Roscosmos in the field of infrastructure construction
Korean aircraft carrier "won back" funding
Конфликты: Йемен - "забытая" война
The National Interest (США): российский танк Т-80 — это не шутка
In the USA, they were surprised by the size of the Su-75
Russia will offer India the technology of the Octopus tank
Шойгу счел необходимым построить в России еще несколько крупных городов
The State Duma appreciated the idea of banning the sale of grenades after the shooting at the MFC in Moscow
British military demanded $1.1 million for stuttering after Estonian frosts
Sasapost (Египет): американцы создают самый мощный лазер в истории. Что это значит?
Tank killer: the work of the PTKM-1R anti-roof mine was shown on video
Корпорация "Иркут" до конца 2018 года поставит ВКС РФ более 30 истребителей Су-30СМ
other topics discussed
2006-2021 © ВПК.name. All rights reserved.
When reprinting, link to ВПК.name required.
User agreement.
№ 21-PP in the register of information distributors.
18+
Website hosting: TimeWeb.