New submarine "Magadan" is being prepared for testing 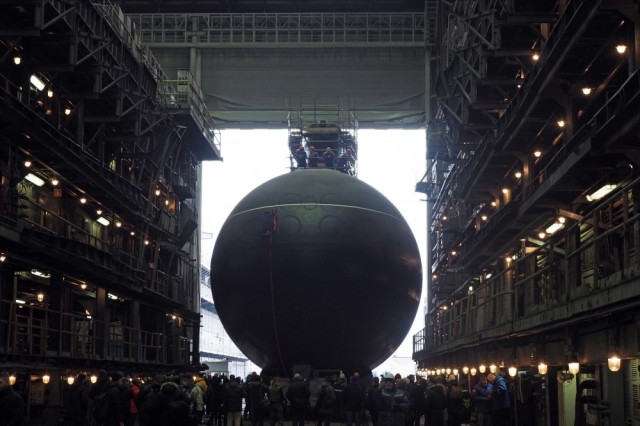 The project 636.3 diesel-electric submarine Magadan, built at the Admiralty Shipyards in St. Petersburg, will go to sea for sea trials in June. This was reported in the Ministry of Defense of the Russian Federation. After a thorough check of all systems and mechanisms, the new submarine will be transferred to the Navy's combat staff. According to the general director of the manufacturer Alexander Buzakov, this should happen before November 25 this year.

The second - "Volkhov" - became part of the Navy last fall. Magadan is on its way. The submarine " Ufa " is being prepared for launching. And "Mozhaisk" - to the bookmark. Next, the Admiralty shipyards will begin to build the Yakutsk. It is planned that the entire series will be ready by 2024.

These boats, nicknamed the "black hole" in the West for their low noise, are capable of performing tasks at shallow depths of up to 300 meters. The ship can gain a speed of 20 knots under water and make autonomous trips lasting up to 45 days and a length of 7,500 nautical miles. In addition, this boat has a fairly powerful armament - six vehicles with 18 torpedoes, mines and a Kalibr strike missile system. The submarine is also equipped with the latest inertial navigation system and a modern automated information and control system "Lama".